Vyacheslav Vasilievich Nabatov (October 5, 1939, Karasuk, Novosibirsk Region, USSR - November 5, 1995, St. Petersburg, Russian Federation) - Russian Soviet painter, member of the St. Petersburg Union of Artists (until 1992 - the Leningrad organization of the Union of Artists of the RSFSR. Vyacheslav Vasilievich was born on October 5, 1939 in the city of Karasuk, Novosibirsk Region, into a large family. In 1967 he graduated from the Saratov Art School. In the same year he entered the painting faculty of the Leningrad Institute of Painting, Sculpture and Architecture named after I.E.Repin, which he graduated in 1973 on workshop of V. Oreshnikov with the qualification of a painting artist and teacher Graduation work - painting «Mother».

From 1973 to 1976, Vyacheslav Nabatov studied at the Creative Workshop of the USSR Academy of Arts. Member of the Leningrad Union of Artists since 1975. Participant of exhibitions since 1973. He painted landscapes, portraits, still lifes, genre paintings.

In 1989-1992, Nabatov's works were successfully presented at exhibitions and auctions of Russian painting L 'Ecole de Leningrad in France.

Vyacheslav Vasilievich Nabatov died on November 5, 1995 in St. Petersburg at the fifty-seventh year of his life. His works are in museums and private collections in Russia, Germany, Finland, USA, Japan, Australia and other countries. 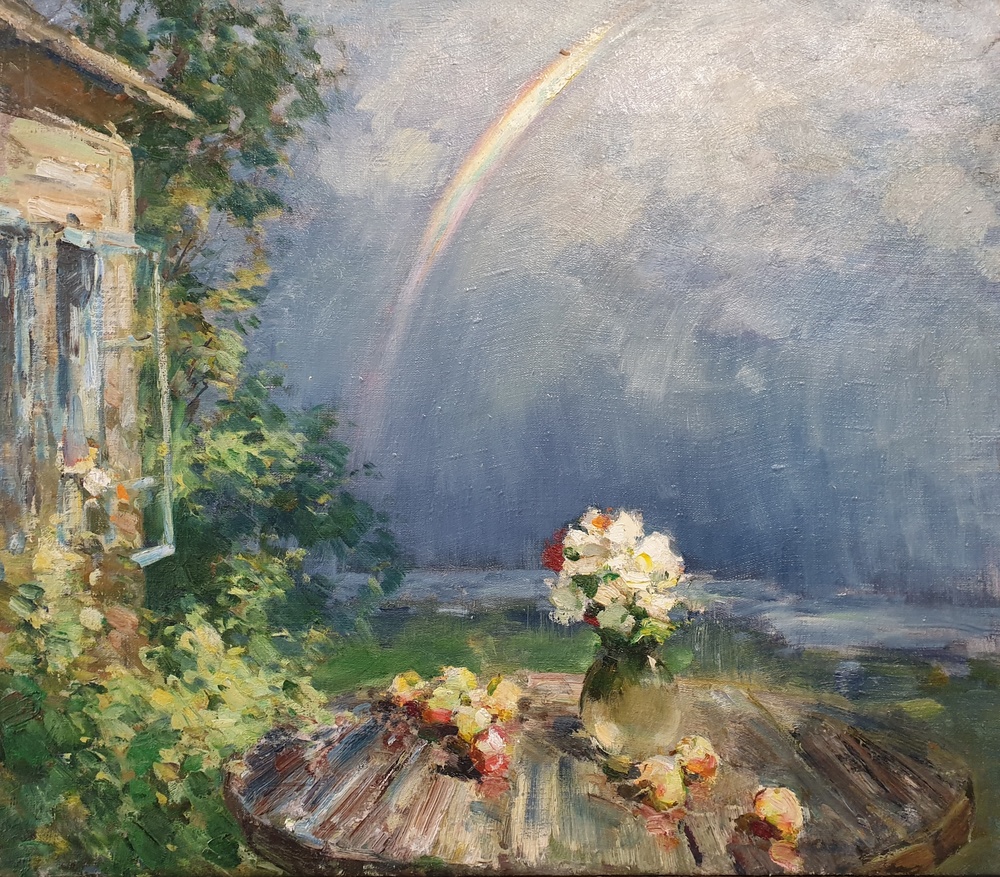