Vasily Nikitovich Zachinyaev - film artist, graphic artist, book illustrator, painter, writer, social activist. He received his initial lessons in fine arts as a child at the Proletkult studio in the village of Anjero-Sudzhensk in Eastern Siberia, where his family lived at that time. This was followed by studies at the Krasnodar Art College. In 1939 V.N. Zachinyaev was admitted to the All-Union State Institute of Cinematography (VGIK). Here he studied professional skills with B. Dubrovsky-Eshke, I. Spinel, F. Bogorodsky, F. Modorov.

In 1941 V.N. Zachinyaev volunteered for the front, but in 1942 he was recalled from the front to continue his studies, and in 1943 he defended his diploma ahead of schedule. In 1943 he worked on assignment at the Sverdlovsk film studio. In 1945 V.N. Zachinyaev began to exhibit his easel works at art exhibitions. In the same year he went to work at the Riga Film Studio, where he soon began working as a book illustrator at the Latvian State Book Publishing House. In 1946 V.N. Zachinyaev became a member of the Union of Artists of the USSR.

From 1954 to 1959, he worked at the Odessa Film Studio, where in 1957 he was accepted as a member of the USSR filmmakers. Since 1959 V.N. Zachinyaev began working at Lenfilm, and in 1962 he was sent by the USSR Ministry of Culture to Vietnam to train young cinema artists, where he lived for 2 years. Upon his return from a business trip in 1964, V.N. Zachinyaev continued to work at Lenfilm, where he participated in the creation of more than fifteen films. The creative activity of the master manifested itself in different ways. He is a participant in dozens of exhibitions held in Leningrad, Moscow, Riga. At the invitation of the Union of Artists of Vietnam, an exhibition of his works was held in Hanoi. The magazines «Soviet Union», «Foreign Literature», «Art», «Theater», «Neva», various press organs of Vietnam, various Leningrad newspapers - this is the list of the artist's literary asset. Speeches on the radio, on television, reading various lectures, speaking at creative meetings - all this was an organic part of the eventful life of the creator. 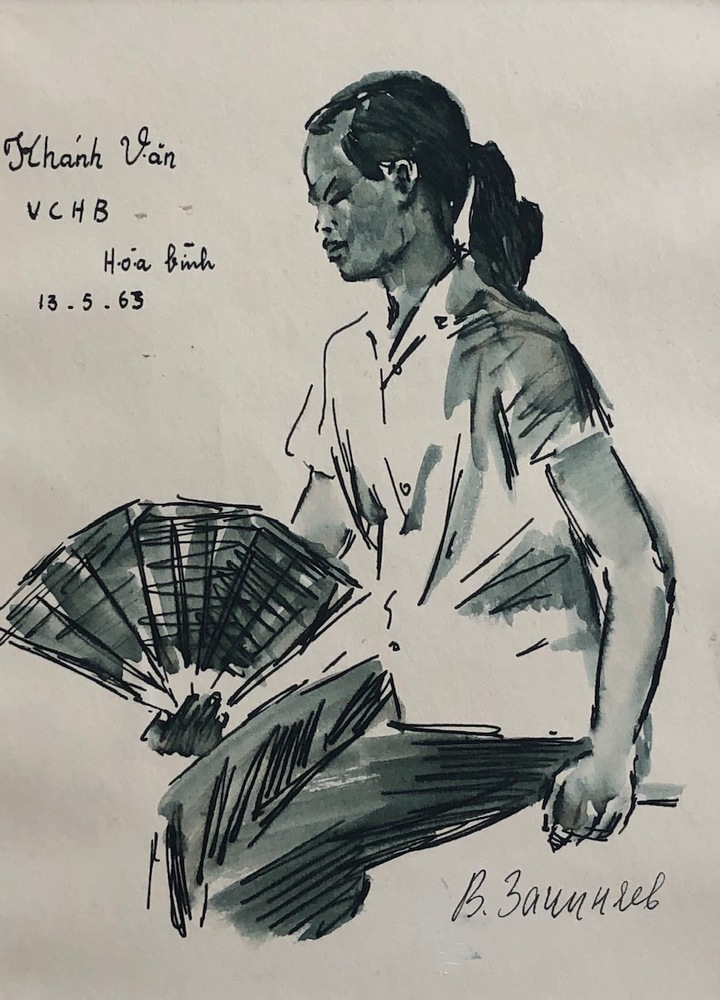 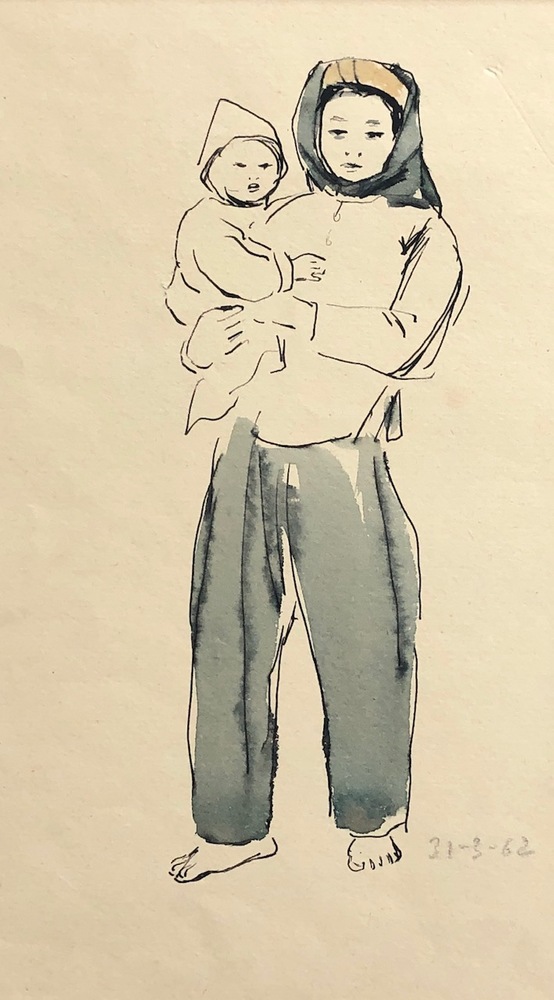 Peasant woman with a child 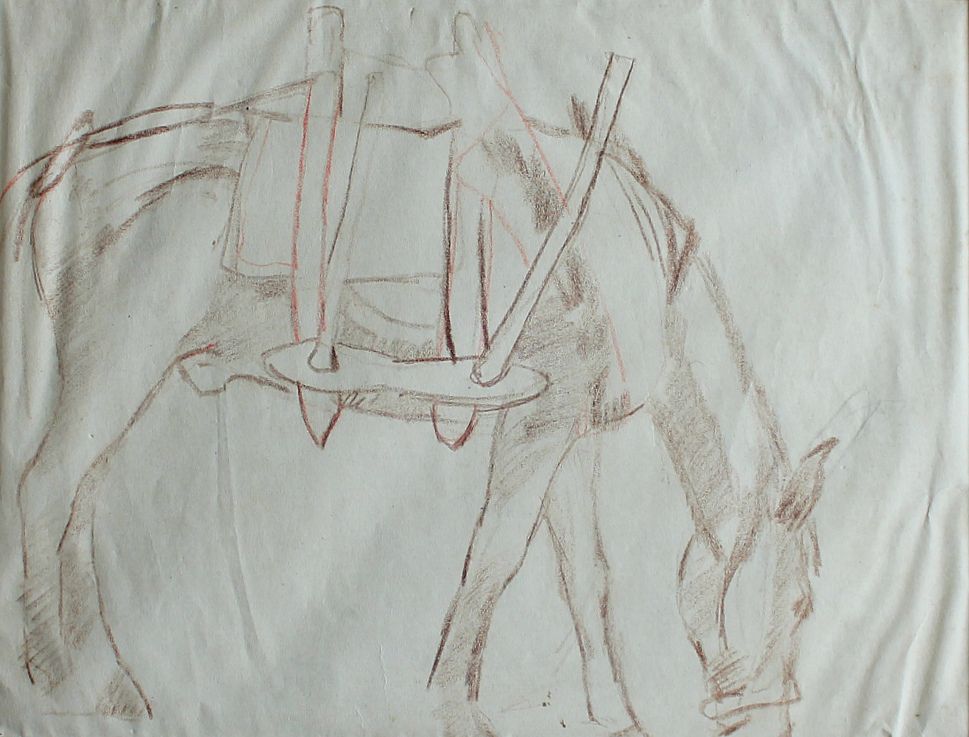 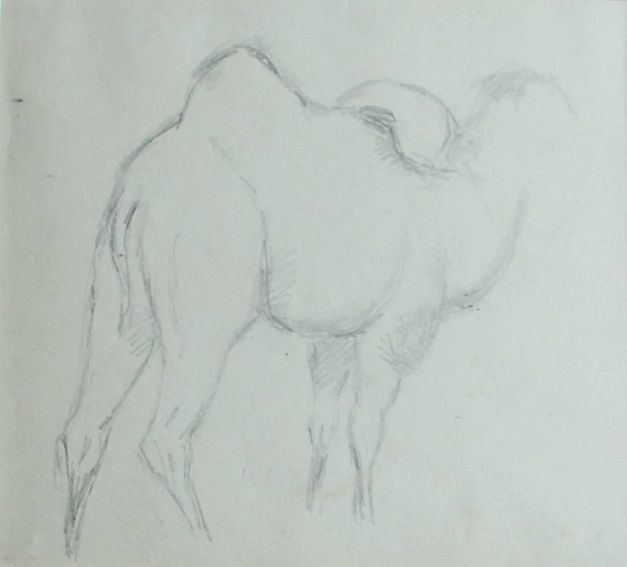 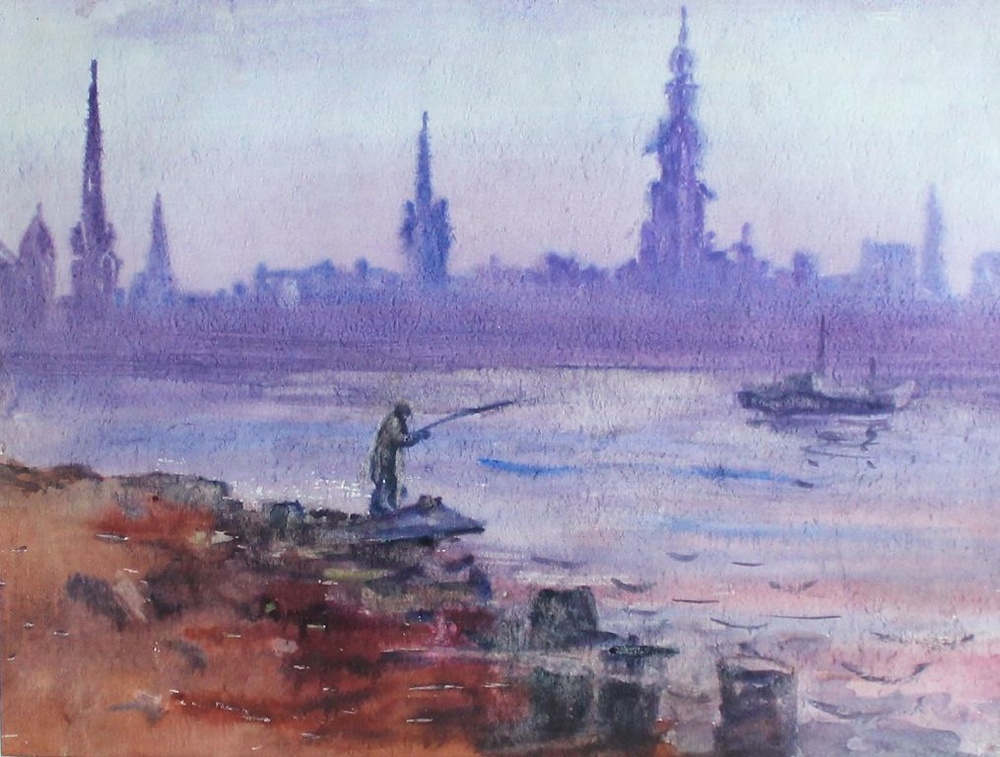