Aron Iosifovich Zinshtein (October 13, 1947, Nizhny Tagil) - Russian artist, painter, graphic artist. Aron Zinshtein was born on October 13, 1947 in the city of Nizhny Tagil, Sverdlovsk region. As a child, he was engaged in drawing at the local Palace of Culture. In 1968 he graduated from the Ural School of Applied Arts in Nizhny Tagil. In 1972-1977 he studied at the Faculty of Interior and Equipment of the Leningrad Higher Art and Industrial School named after V. I. Mukhina (now the St. Petersburg State Art and Industrial Academy named after A. L. Stieglitz). After graduation, he worked at GlavLeningradStroy, was engaged in monumental applied art, at this time he began his first experiments in painting. The artist already then makes sketches, on the basis of which many of his works will later be created. In 1983 he received his first workshop, it was then that he began to experiment with liquid paint - with gouache, he began to paint in his characteristic manner, thanks to which he is called «Russian Matisse». Since 1988 - a member of the Union of Artists of the USSR.

Since 1994 - a member of the St. Petersburg Academy of Contemporary Art. Aron Zinshtein is known not only as a talented painter, but also as a graphic artist: in addition to creating hundreds of etchings and linocuts, the artist designed many printed publications. The works of Shakespeare, Dostoevsky and Bulat Okudzhava were published with his illustrations. Zinshtein's works often resemble children's drawings, which the artist willingly collects.

Zinshtein works in a pronounced expressive manner. In his works, movement, joy, emotion are always felt. The artist hardly paints from nature. He makes numerous sketches, collects them into albums, and only then, in the workshop, recreates them in color on canvas or paper. The masters are interested in the most diverse and simplest subjects that life tells him. Aron Zinshtein always stayed away from all kinds of "left" and "right" movements in art. He was not accepted either by Soviet official art or among non-conformist artists. In art, he values ​​spontaneity and freedom, claiming: «I am a naive artist, I can depict everything». 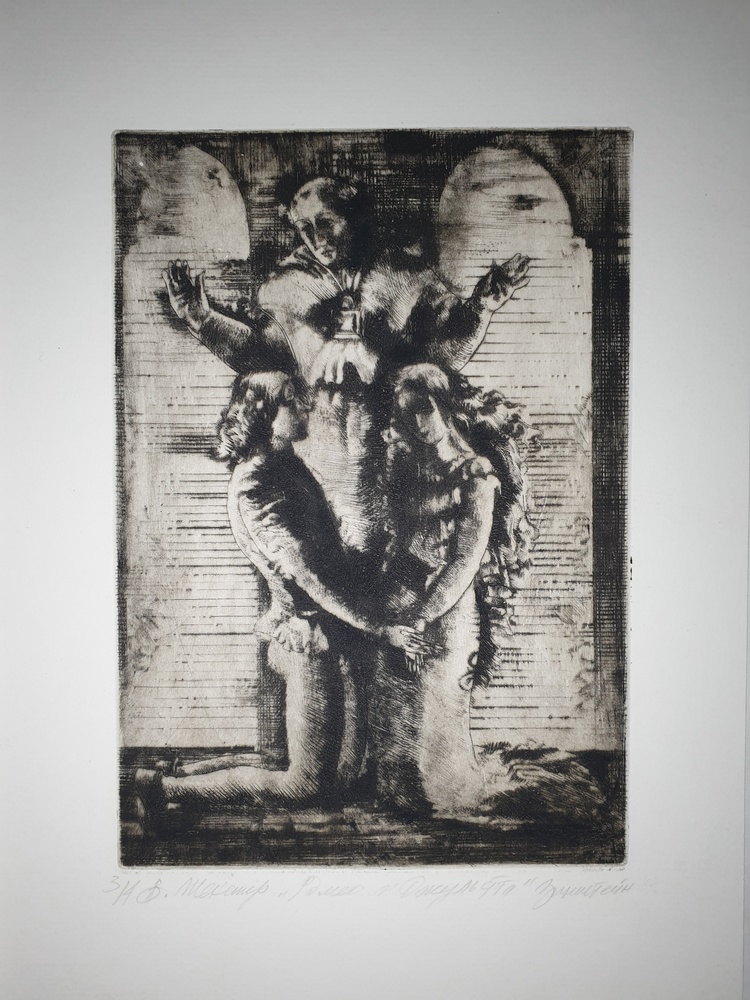