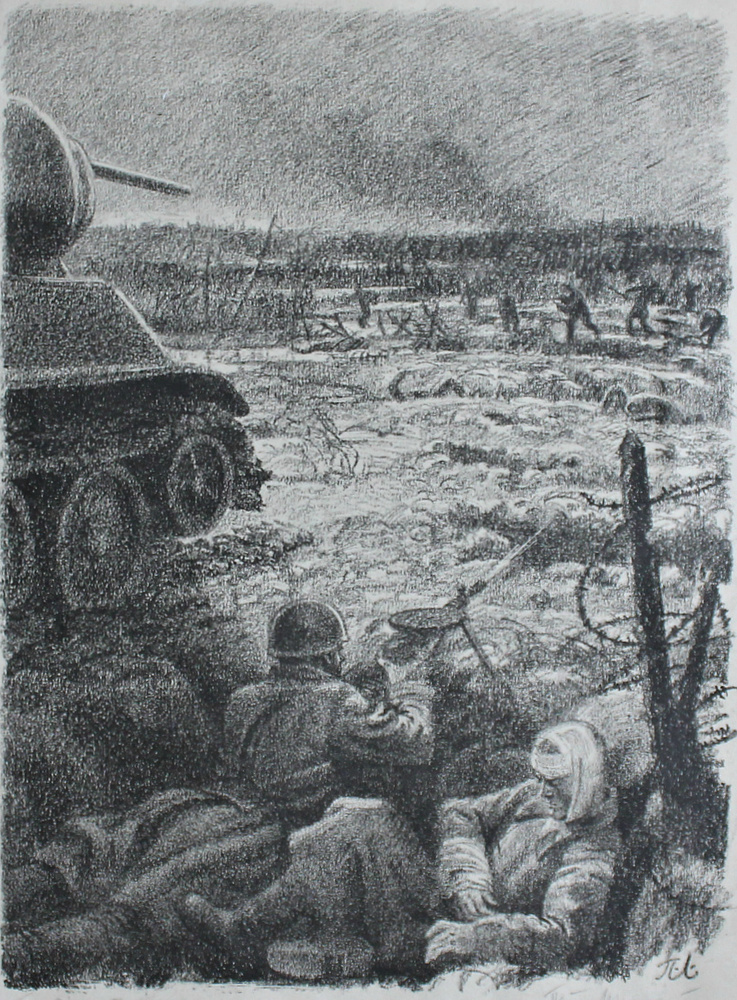 Pavel Ivanovich Gonchar (1905-1943) - Red Army soldier of the Workers 'and Peasants' Red Army, participant in the Great Patriotic War, Hero of the Soviet Union (1943).
Pavel Gonchar was born in 1905 in the village of Smolyanka. He graduated from four classes of elementary school, after which he worked on a collective farm in the village of Semipolka, Sergeevsky district, North-Kazakh region, Kazakh SSR. In July 1941, Potter was called up to serve in the Workers 'and Peasants' Red Army and sent to the front of the Great Patriotic War. By April 1942, the Red Army soldier Pavel Gonchar was a sapper in the 1074th rifle regiment of the 314th rifle division of the 7th separate army. He distinguished himself during the defense of Leningrad. On April 17, 1942, during the battle, Gonchar performed engineering work in the area of ​​the Svir railway station in the Podporozhsky district of the Leningrad region. Noticing that a group of enemy soldiers rushed to the wrecked Soviet tank, he entered into a battle with it, destroying several soldiers, which helped to save the tank and the crew. On April 21, when the enemy tried to capture the wrecked KV tank, Gonchar destroyed several dozen enemy soldiers and officers with machine-gun fire. On January 12, 1943, during the breakthrough of the blockade of Leningrad, Gonchar died in battle. He was buried in a mass grave in the village of Sinyavino, Kirovsky District, Leningrad Region. By the decree of the Presidium of the Supreme Soviet of the USSR of February 22, 1943, Red Army soldier Pavel Gonchar was posthumously awarded the high title of Hero of the Soviet Union for “courage and heroism shown during the defense of the city of Leningrad”. He was also posthumously awarded the Order of Lenin. The bust of the Potter was installed in the village of Semipolka, in the same village a school was named in his honor.
Helping the tankers.
Pavel Ivanovich Gonchar looked at the tankmen with undisguised envy. Once he even told his fellow countryman Semyon Makagonov:
- I would not be a sapper, but a tanker. After all, I am a machine operator, a tractor driver.
Semyon Makagonov replied with a joke:
- It is useful to crawl on the ground. And then he used to look down on her from his tractor.
And it so happened that it was Pavel Gonchar who had to help the tankers. The first time was on April 17, 1942, when, on the instructions of the commander, he, carefully raking the ground, pulled out German mines. At this time, he noticed enemy soldiers making their way to our damaged tank. It was in order to save this tank, to pull it out in tow that the sapper did his dangerous job.
The tankers no longer had ammunition. They could not participate in the battle. The sapper had to take up the machine gun. He laid down eight fascists, the rest retreated.
Four days later, Gonchar, along with his comrades - Ospanov and Yudakov - was guarding our wrecked tank in another place. This time there were so many enemies on the offensive that there was no doubt that they were trying to seize our positions.
The tankers busy with repairs wanted to grab their weapons, but Gonchar shouted to them:
- Repair it quickly! Give only your machine gun and more cartridges.
He had never fired a machine gun before. The sapper had no more than two or three minutes to familiarize himself with the weapon removed from the tank. The enemies were very close when Potter opened fire.
The attackers fled. But the fascist gun began to shoot. Shrapnel shells have already torn the sapper's overcoat in several places.
The potter stopped shooting and hid. Deciding that the silenced machine gun was destroyed, the enemy again went on the attack. And again he was met with fire.
This unequal battle lasted two hours. The sapper repulsed four attacks.
When Semyon Makagonov, sent at the very beginning of the battle with a report to the command post, returned, he shook his head in surprise:
- You cut a lot today, comrade machine operator.
Having repaired the car, the tankers came to say goodbye. And then they saw that the hands of the Potter were burnt and bleeding.
“The machine gun is very hot,” said the sapper.
Semyon Makagonov decided to take the opportunity:
- Would you guys help to transfer him to the tanker. He is a tractor driver, he can easily drive a combat vehicle.
- All right, - said the Potter. - The time will come - I will drive the tractor.
The tankers promised to work on transferring Gonchar to a tank unit. Yes, apparently, nothing came of it. In any case, Potter remained a sapper. The fate of the battle brought him together with tankers more than once. In September 1942, making passages for tanks in minefields, he removed two hundred and twelve mines. In January 1943, when the blockade was broken, he was again ordered to ensure the advance of tanks through the minefields. Under enemy fire, he removed one hundred and twenty-eight mines.
In these battles, the hero died ... But in the Semipolsk state farm in the North Kazakhstan region there is a tractor driver Gonchar. This is the son of the Hero of the Soviet Union - Vasily. He went on the paternal side.
From the book: Burov A.V. Your heroes, Leningrad. L., Lenizdat. 1970 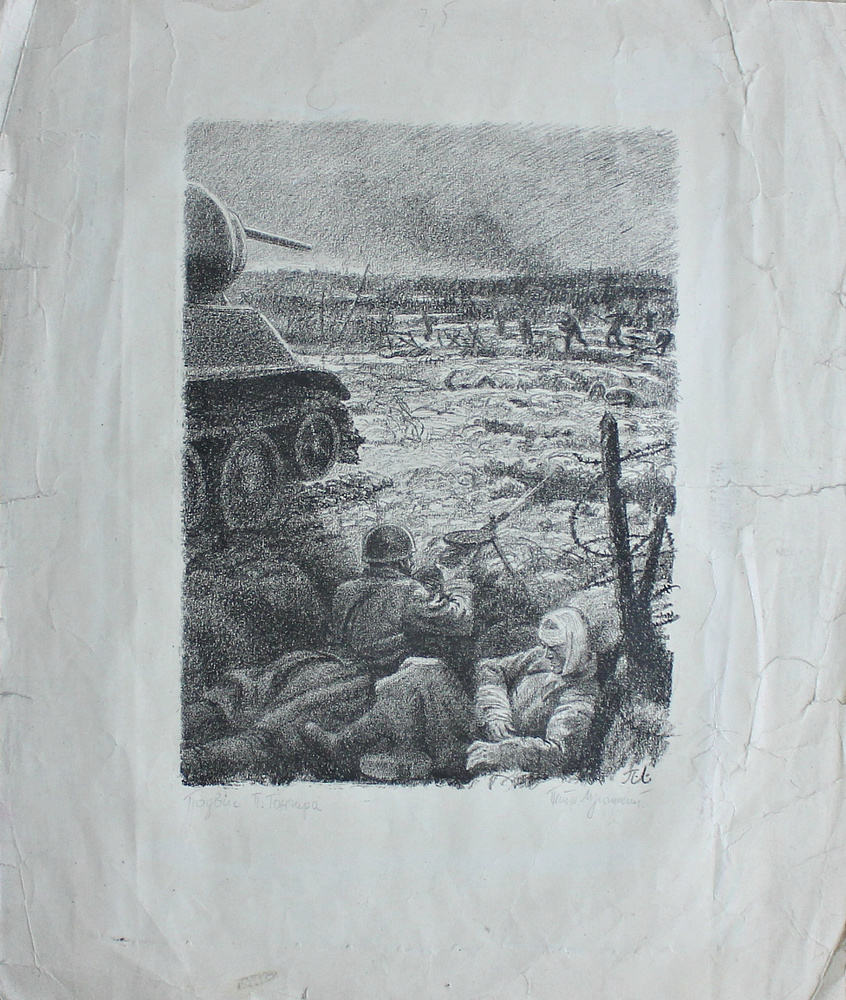 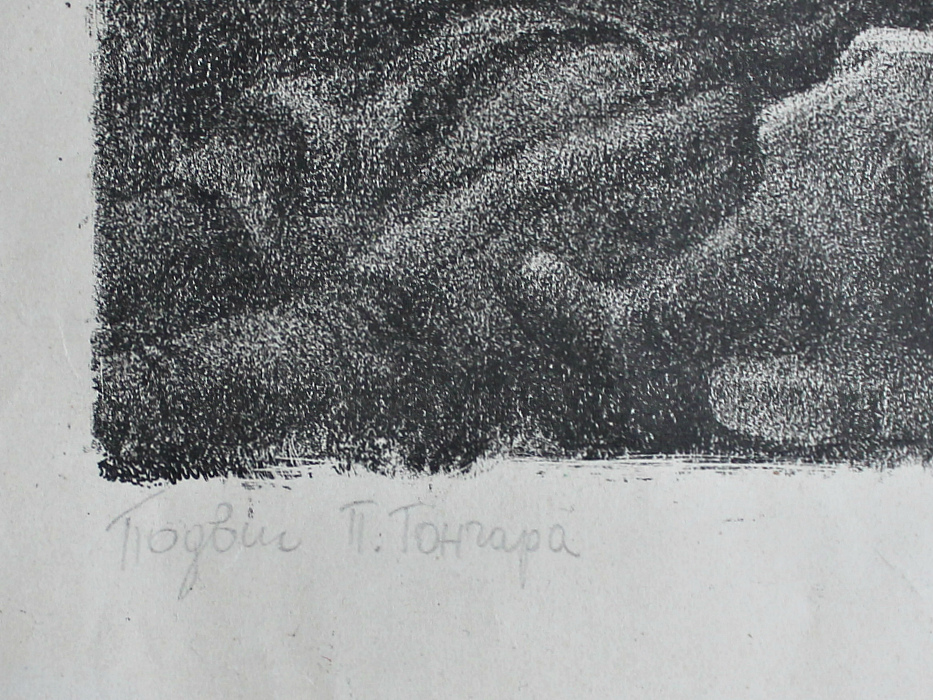 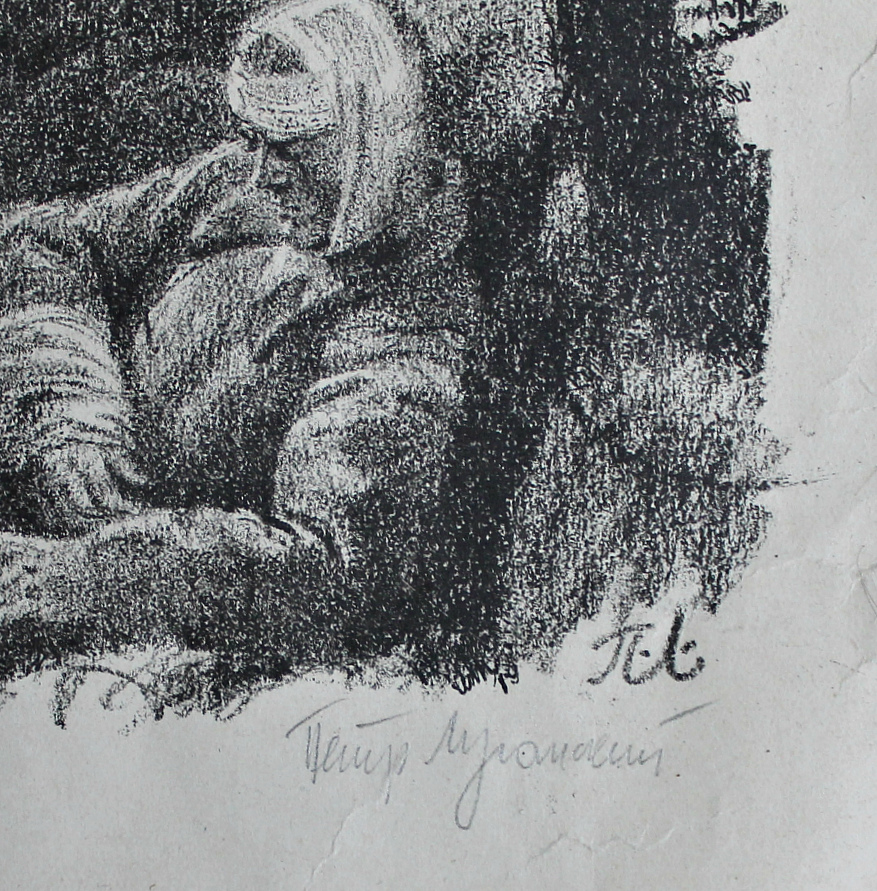 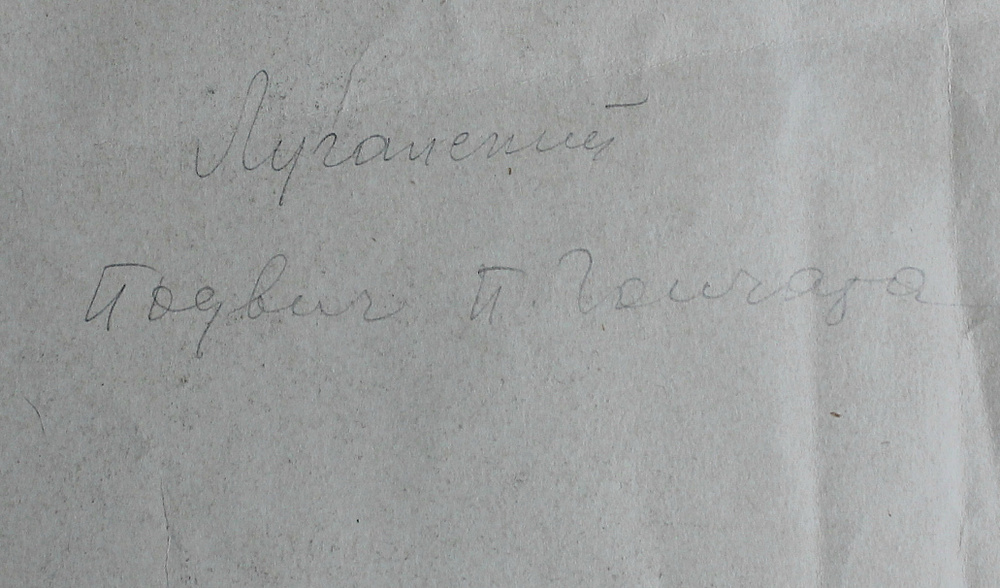 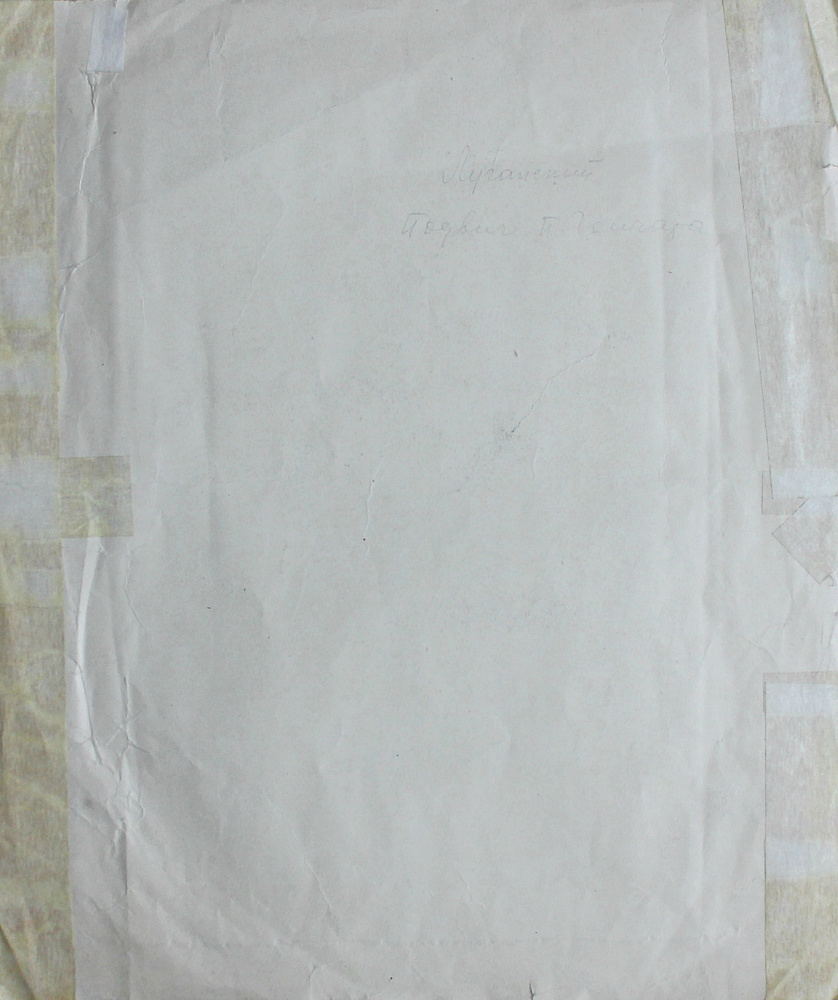 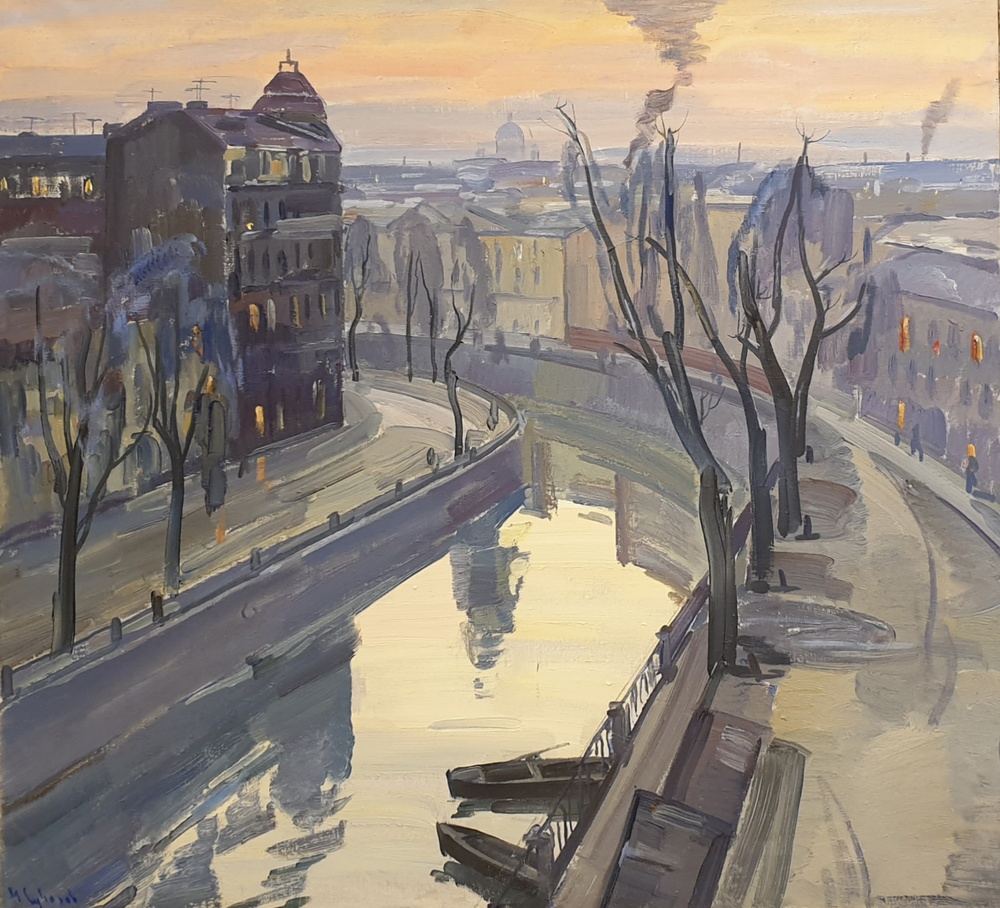 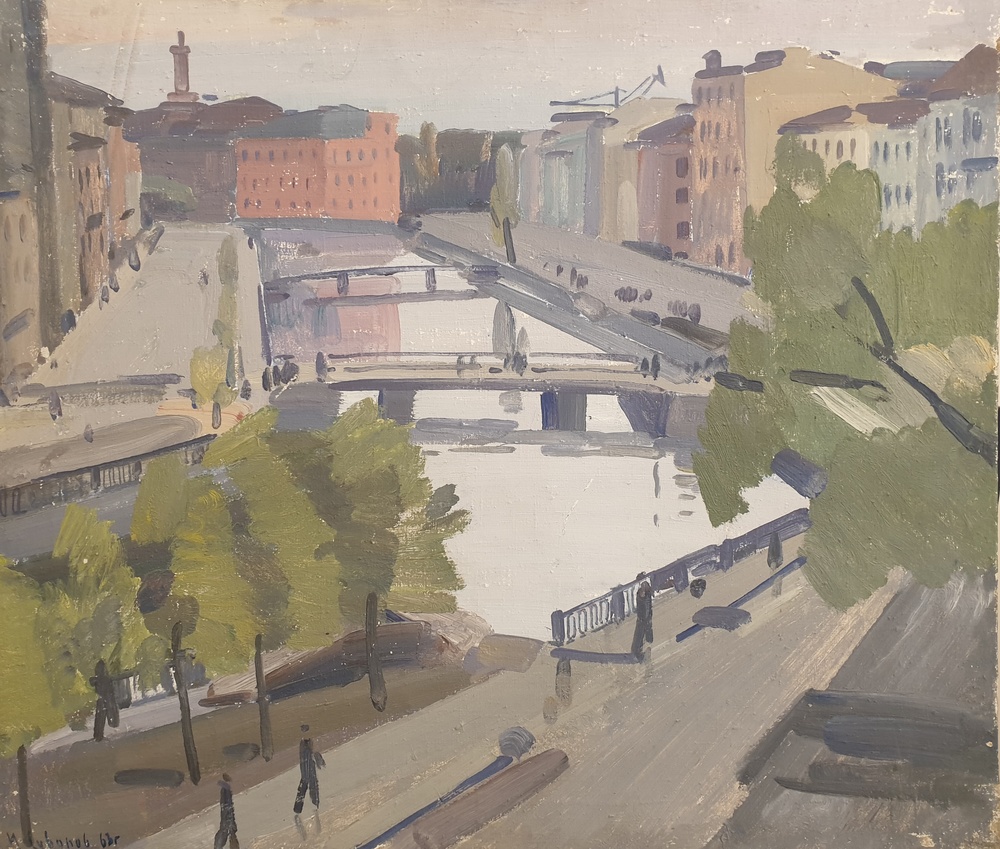 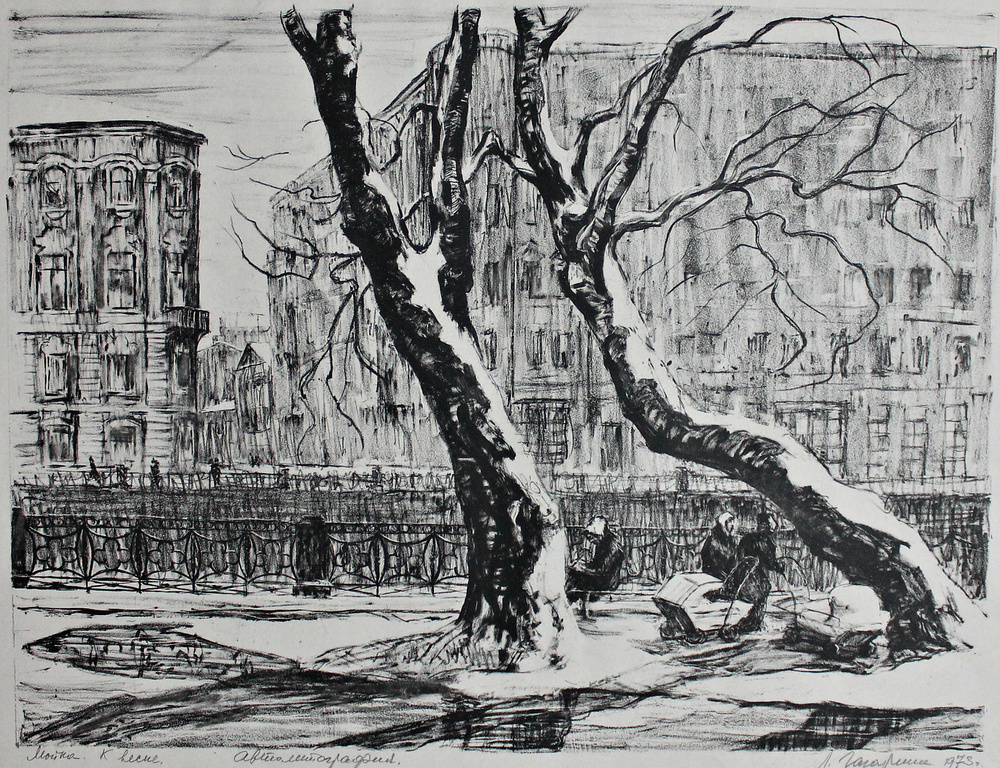