Alekseev Vladimir Fedorovich (1944-2010) - Leningrad graphic artist, book artist, Member of the Union of Artists of the USSR (1973). Born on November 12 in Leningrad, which had just been liberated from the blockade. Mother - Irina Adamovna Ivanovskaya, a student of the Leningrad Mining Institute, served as a senior nurse in the evacuation hospital of the 42nd army during the entire blockade, where she met a seriously wounded tanker, senior lieutenant Alekseev Fedor Petrovich, who became her husband and father of the child. Subsequently, the marriage broke up. The family of the famous literary critic Ilya Alexandrovich Gruzdev had a great influence on the upbringing of the child. It was in him that the future artist had a love for the book and a passion for drawing.

1956 - 1963 Studied at the Secondary Art School at the USSR Academy of Arts under B.V. Kotika, V.P. Korovyakova, M.G. Kosella, M.S. Sholokhov, V.I. Senchukova, M. Ya. Perepelkina. 1960 First visit to Pushkinogorye in the village of Mikhailovskoye. 1964 - 1970 Studying at the graphic faculty of the Institute of Painting, Sculpture and Architecture named after I.E. Repin at M.A. Taranova, V.I. Zvontsova. Thesis - design and illustrations for the book by A.N. Tolstoy's «The Adventure of Nevzorov, or Ibicus», the mark is excellent. Awarded with a diploma from the USSR Academy of Arts.

1966 summer practice in Mikhailovsky. Subsequently, he regularly, for more than thirty years, visited Mikhailovskoye, personal friendship with S.S. Geychenko. Exhibition activity began in 1967. Participant of city, republican, all-union, international and foreign exhibitions. Repeatedly participated in group exhibitions in the A.S. Pushkin in the Pushkin Hills. Personal exhibitions: 1984, Leningrad; 1987, Petrovskoe. 1970s collaborated with Leningrad book publishers. Creative work in technique in engraving and watercolors. Work on the series of prints «Pavlovsk», «Vyritsa. Village». Beginning of work on a series of prints «Mikhailovskoye», which lasted all his life. 1968 was a trip to Central Asia. 1973 was admitted to the Union of Artists of the USSR. From this year he took an active part in the social and creative life of the graphic section of the Leningrad Union of Artists. The first books for children, illustrated by the artist, were published. 1980s continued work with Leningrad and Moscow book publishers. In the same year, a series of prints and watercolors on the theme «Tsarskoe Selo. G. Pushkin», «Bark Sedov», «Leningrad» and others. 1990s continued to work with book publishers. He worked on a series of engravings «Petersburg», «History in Pictures», «Still lifes» and on bookplates.

In 1991 he traveled to France to the opening of the International Exhibition of illustrators, in which he took part with his works. In Paris, he received an order from the famous publisher of books for children «Bayard Presse Jeune» to illustrations for his magazine on the theme «The Conquest of Mexico». 1992 visited France for the second time. In total, the artist has designed and illustrated more than 40 books. Work on the series of engravings «Petersburg», «Ships». 2003 the last time he visited Mikhailovskoye, being invited to events dedicated to the 100th anniversary of the director of the reserve S.S. Geychenko. 2005 illustrated the book «St. Petersburg. An Illustrated History for Children». This work was awarded a medal and a diploma of the Russian Academy of Arts.

Alekseev Vladimir Fedorovich is a famous illustrator of children's books, many of which were awarded with diplomas. An excellent draftsman, in the field of easel graphics, the artist worked in the rare technique of cutting engraving on metal and dry needle. His favorite themes were views of St. Petersburg and its environs, as well as the landscapes of Pushkin's Svyatogorye. 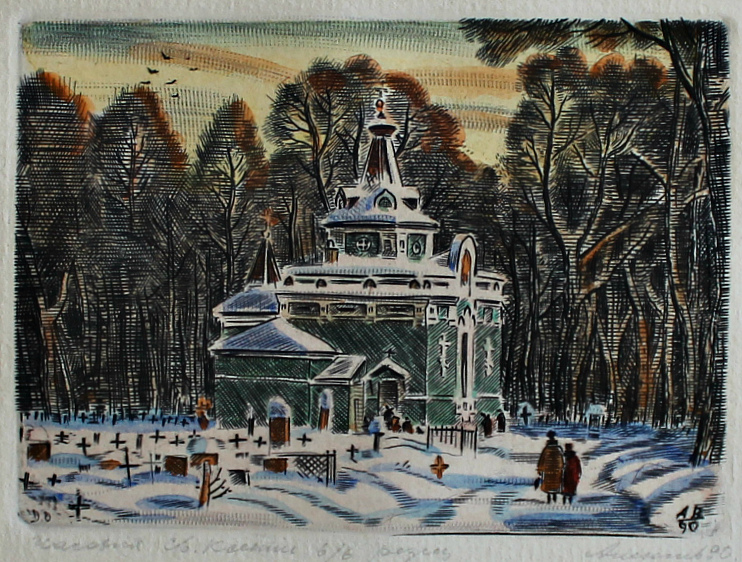 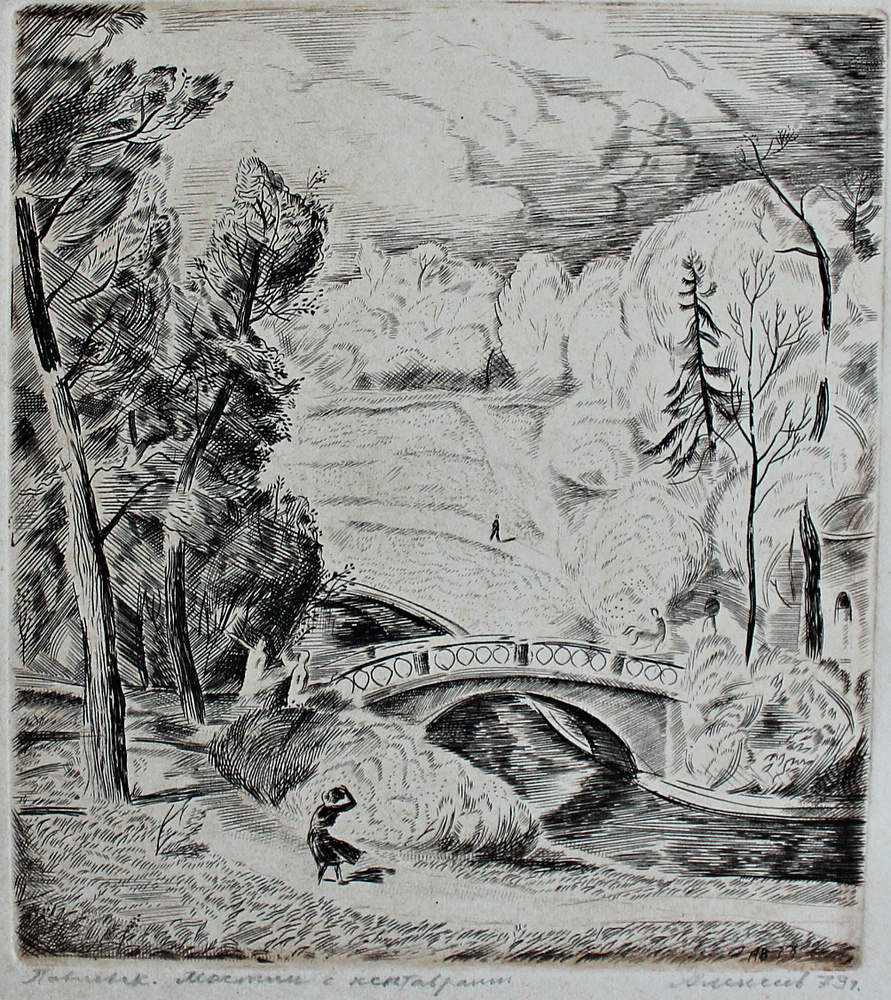