Boriskovich Vladimir Grigorievich (1905-1997) - theater artist, graphic artist. Vladimir Grigorievich was born in 1905 in St. Petersburg. Studied at the Higher Artistic and Technical Institute (Academy of Arts) (1921-1923), at the State Opera and Ballet Theater (1920-1924) under A. Ya. Golovin and A. I. Savinov. Participant of exhibitions since 1927. In 1924 he began to work independently in theaters. Until 1941 he designed performances in the opera studio of the Leningrad Conservatory for the Academic Drama Theater named after I. A.S. Pushkin. The oldest member of the Leningrad Union of Artists since 1933. Combined creative work with social activities.

During the Great Patriotic War he was in the besieged Leningrad. In 1942 he was the production designer of the operetta «Forest Story» at the Musical Comedy Theater, designed the performances of the front-line song and dance ensemble. In 1943 he was drafted into the active army as a private. He fought on the Leningrad front. He took part in the battles at the Oranienbaum platzdarm. He was seriously wounded and was demobilized. In 1944-1946. created a series of drawings «Landscapes of War», which he began to work on in the hospital after being wounded. In 1944-1946. completed a series of black and white author's lithographs «Leningrad. 1942», consisting of 12 sheets, partly presented in the State Memorial Museum of Defense and Siege of Leningrad. In the 1950s, he created a series of prints depicting the parks of the cities of Pushkin, Pavlovsk and Leningrad revived after the war. 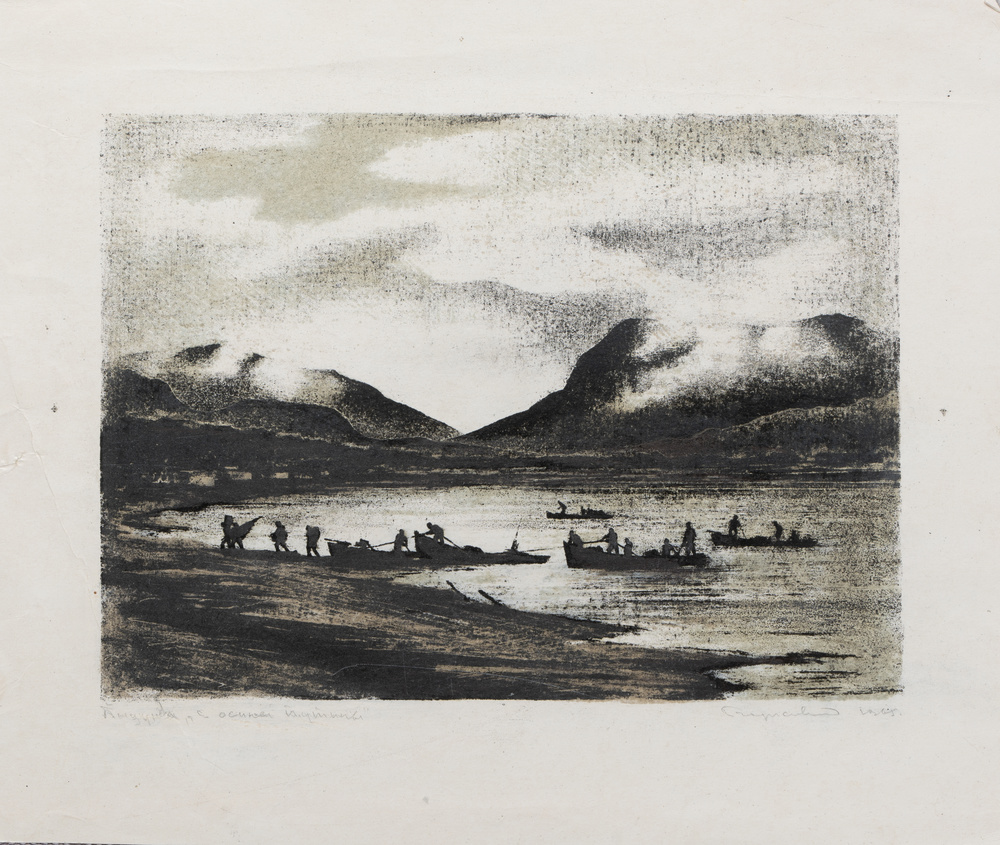 lot 85. «Leningrad and its environs» 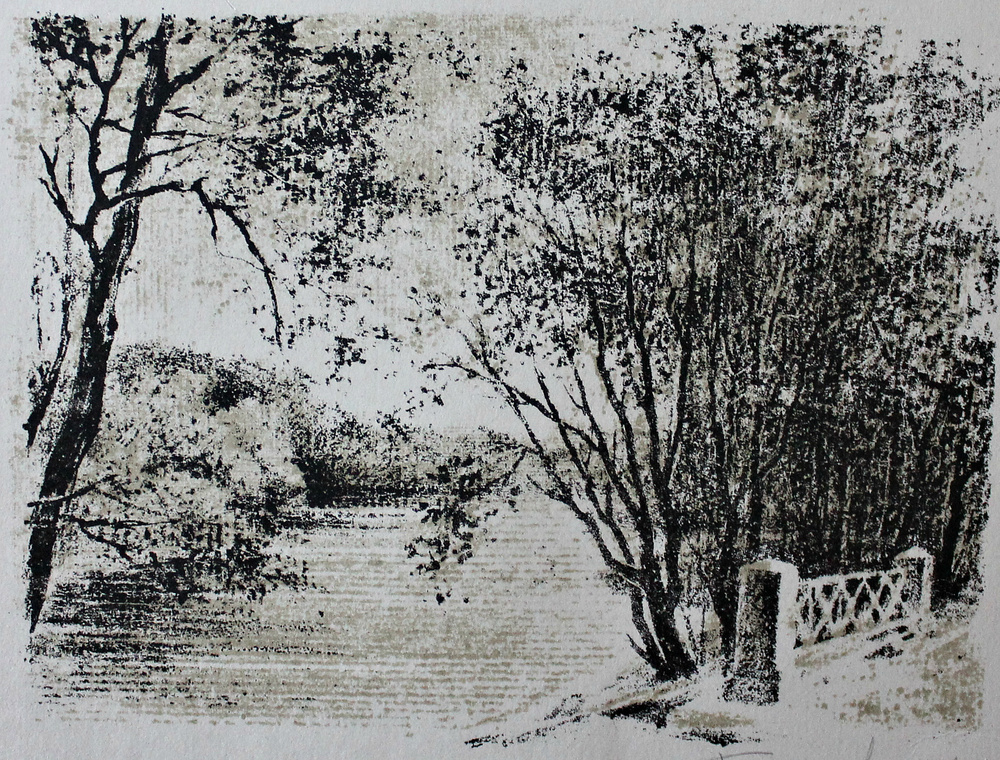 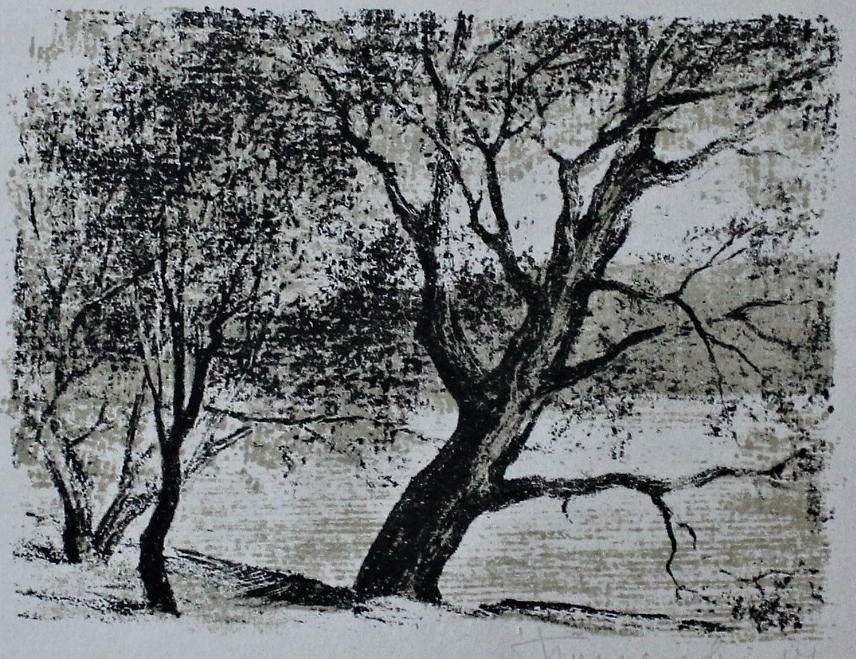