Danilov Yuri Mikhailovich (born 1918) - Leningrad graphic artist, architect, illustrator, Member of the USSR Union of Artists. Honored Artist of the RSFSR. He studied at the Arkhangelsk secondary school. The artist Pisakhov, who taught drawing at the school, invited him to the studio, which he opened in his workshop.

Yuri Danilov participated in the Great Patriotic War. The fiery inferno of battles near Stalingrad passed the future artist, whose front roads ended in Berlin. In the besieged Stalingrad, Yuri Mikhailovich Danilov drew cartoons and posters that were designed to raise the morale of the soldiers of the Red Army. He was demobilized with the rank of captain, awarded with two Orders of the Red Star, the Order of the Patriotic War, and many medals.

After the war, Yu. M. Danilov entered the All-Russian Academy of Arts. Where he studied with S. V. Vasilkovsky and S. G. Pisakhov at the Faculty of Architecture (1946-1952). Stepan Grigorievich Pisakhov supported his student - he invited Danilov to illustrate his book of fairy tales, helped financially yesterday's front-line soldier. Collaborated with the publishing house «Battle Pencil», drew satirical posters on social and political themes: «Grandma's Dream7 (1957), «There was an elephant, but there was a fly, everything else ... shavings» (1958), «A familiar picture» (1959 ).

According to the project of Y. Danilov, the development of the central square of Samara was carried out. Later, Yuri Mikhailovich became interested in easel painting, illustrated works of the classics of Russian and world literature, made pencil drawings for children's books. He participated in many all-Union, republican and city exhibitions, his personal exhibitions were held in Leningrad and St. Petersburg. 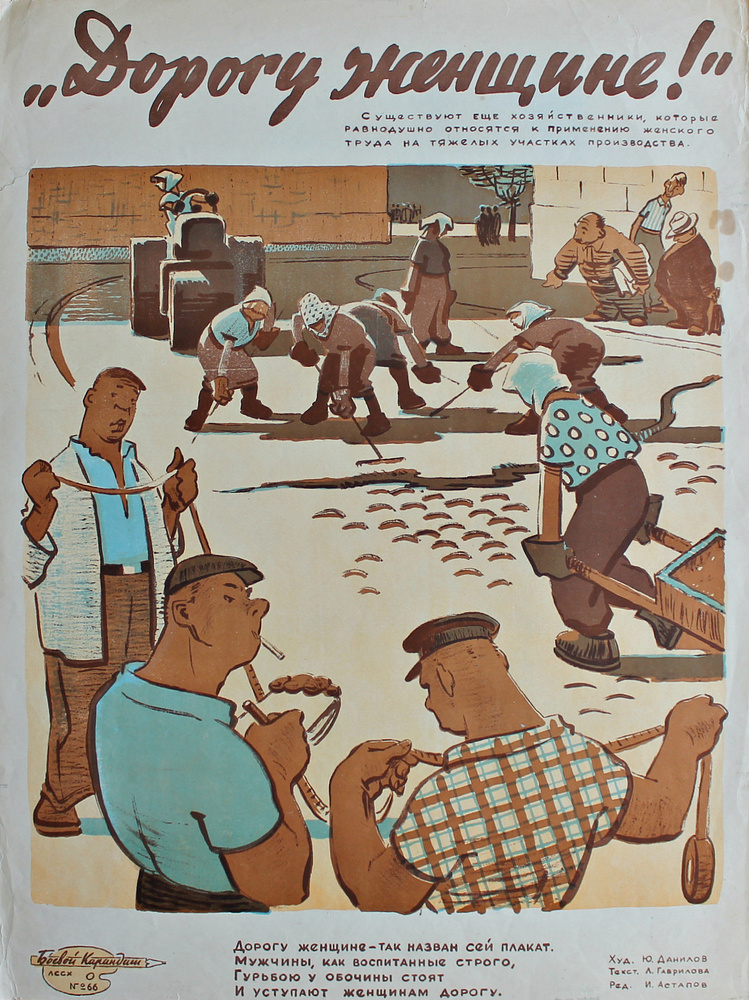