Leonid Georgievich Gubanov (July 20, 1946, Moscow - September 8, 1983, ibid.) - Russian poet, founder of the unofficial literary association C.T.I.D. («Courage, Thought, Image, Depth»). One of the brightest authors of the domestic underground, in the USSR during his lifetime, with the exception of samizdat, was practically not published. Leonid Gubanov was born on July 20, 1946 in Moscow in the family of engineer Georgy Georgievich Gubanov and Anastasia Andreevna Perminova, an employee of the Visa and Registration Department Moscow. Despite the official position of the parents, the child was baptized in the Church of the Holy Trinity on Vorobyovy Gory. He began to write poetry from childhood. In 1962 he entered the literary studio at the regional library. Several of his poems were published in the newspaper "Pionerskaya Pravda" and in the collection of poems by young poets «Hour of Poetry» (Moscow, 1965).

At the same time, he became interested in futurism and created the neo-futuristic samizdat magazine «Bom», together with his friends, he conducted several poetry performances in Moscow schools. Then he entered the literary studio of the Moscow Palace of Pioneers. Famous poets drew attention to him. In 1964, Evgeny Yevtushenko helped to print an excerpt from the poem by Leonid Gubanov in the magazine «Youth». This publication was the last lifetime publication of Leonid Gubanov in the Soviet press.

At the beginning of 1965, together with Vladimir Aleinikov, Vladimir Batshev, Yuri Kublanovsky and others, he participated in the creation of an independent literary and artistic association C.T.I.D. («Courage, Thought, Image, Depth»), became one of the authors of its program, set up a «headquarters» C.T.I.D. The first poetry evening of the association took place on February 19, 1965 in one of the Moscow regional libraries. In the spring of 1965, Leonid Gubanov's poems were published in three samizdat poetic almanacs: «Vanguard», «Chu!» and «Sphinxes». At his suggestion, C.T.I.D. held a demonstration in defense of «left art» on April 14, 1965, and on December 5, 1965, took part in a «publicity rally» on Pushkin Square. After a while, he was hospitalized in a psychiatric hospital, where he was demanded to testify against Alexander Ginzburg, who in June 1966 handed over to Leonid Gubanov clippings from foreign newspapers about C.T.I.D.

The parents of Leonid Gubanov were summoned to the city party committee, where they were warned that their son would be arrested if he did not stop performing poetry. Under pressure from the authorities, C.T.I.D. ceased to exist at the end of 1966. During the years of stagnation, Leonid Gubanov did not take part in official literary life. He earned his living by unskilled labor (he was a worker of a geophysical expedition, a photographic assistant, a firefighter, a graphic designer, a janitor, a loader ...). The resounding success of the 1960s by the late 1970s gave way to almost complete oblivion.

He died on September 8, 1983 at the age of thirty-seven, and was buried in Moscow at the New Khovanskoye cemetery. 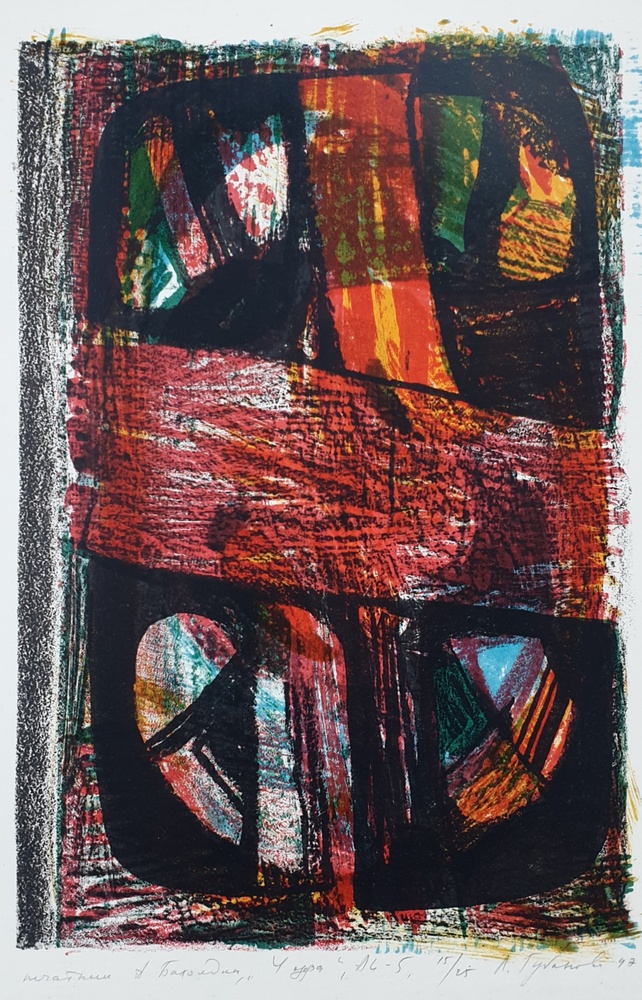