Higher Efim Yakovlevich (1899, Odessa - 1956, Leningrad) - Soviet production designer. Coming from an ordinary family of Odessa Jewish bourgeois, Yefim began drawing as a child. In 1921 he came to Petrograd to study graphic art and entered the Higher art and technical workshops, taking lessons from the famous artist and teacher Kruglikova. He started as an artist-designer of books for children. In 1924, the first book by M. Serov illustrated by him was published, «Who is this? Read and guess», «then Pioneers» by V. Volzhanin, N. Tikhonov’s poetry collection «Themselves». In 1925, the artist released the book «The ABC in Pictures», which to this day is one of the best manuals for teaching children the alphabet.

In 1931, a new stage began in the work of Higher - cinematic, which subsequently changed his personal life. The artist enters the Lenfilm film studio and works on the films «Fire» and «Secret». Unfortunately, only the film «Pugachev», ideologically sustained according to the canons of that time, has survived to our days. At the same time, design art does not forget, illustrating the books of Pushkin, Lermontov, Gogol, works on the design of books by Sholom Aleichem.

Despite the persuasion of his wife who was evacuated in the early days of the war with the ballet school, Yefim Yakovlevich remained in besieged Leningrad in the first, most difficult winter. He works in the field of propaganda art, creates sheets with cartoons of fascists, colorful posters, war leaflets, participates in the creation of a series of postcards «Heroes of the Baltic». But the master considered the main business to be the need to keep an artistic record of this terrible time. The best epigraph to the work of the blockade years E.Ya. Higher can serve the phrase «Despair must be fought, it is impossible to agree with him!»

Yefim Yakovlevich was saved by a huge stove in a 19-meter windowless kitchen where he was returning, with great difficulty overcoming 108 steps to the fourth floor. But, quickly throwing the extracted pieces of wood into the insatiable hole of the plate and rubbing his numb fingers, the master hurries to get to the pencil to capture the street scenes he just saw. Have time to sketch, to convey to the world! - This became the motto of the besieged artist. In the summer of 1942, the exhausted Heather was taken to the mainland. When, completely exhausted, he reached Molotov (now Perm), where Natalya Alexandrovna lived with her sister's family in evacuation, his wife did not recognize him ...

Unfortunately, after the war, the artist lived only ten years. But over the years he managed to create several magnificent portraits in oil, two of them - the adored wife of Natalia - are now in the museum of the Academy of Russian Ballet named after A.Ya. Vaganova. Efim Yakovlevich continued his favorite design direction: in 1949, the publishing house «Young Guard» published an anthology of writers and poets of the peoples of the North «We Are People of the North», and in 1953, Fenimore Cooper's novel «Monikins», illustrated by Heather’s drawings.

He was the husband of the famous teacher of the Soviet ballet school Natalya Alexandrovna Kamkova from the class of A.Ya. Vaganova. He was friends with D. Harms, E. Danko and O. Mandelstam. 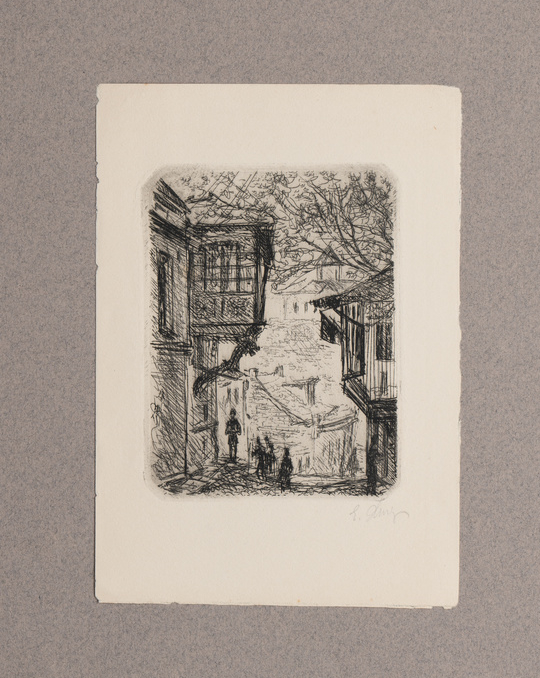