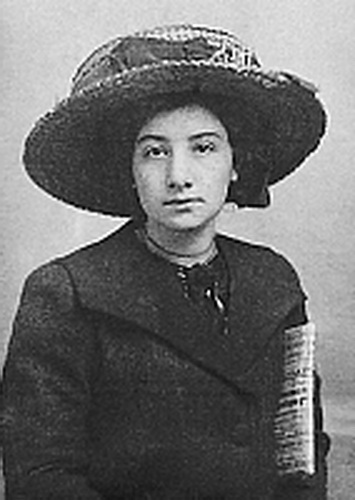 Nina Iosifovna (Osipovna) Kogan (March 25 [April 6] 1889 - 1942, Leningrad, USSR) - Russian and Soviet artist. Nina Kogan was born in 1889 in Moscow. The artist's father, Joseph Mikhailovich Kogan, was a baptized Jew, a real state councilor, served as a military doctor. In 1905 she graduated from the Catherine Institute for Noble Maidens in St. Petersburg. In 1905-1908. studied at the Drawing School of the Imperial Society for the Encouragement of Arts under A. Eberling and A. A. Rylov.

In 1908-1911. studied under Ya. F. Tsionglinsky, where she met V. V. Khlebnikova and L. Bruni. From July 1, 1911 to March 16, 1913, she attended, as a volunteer, the Moscow School of Painting, Sculpture and Architecture. Didn't finish her studies. In 1913 she returned to St. Petersburg and from 1913 to 1919 worked as a drawing teacher in a gymnasium. In 1917 she was a member of the society «Workshop of Ya. F. Tsionglinsky», «Free workshop», worked with the Society for the Protection of Antiquities.

In 1918, for several months she was attracted by Vera Ermolaeva to work in the Art in City Life department, at the City Museum in Petrograd. With the help of N.I. Kogan and N.I. Lyubavina, Ermolaeva collected a unique collection of picturesque signs, preserving this rare type of urban primitive.

In March 1919, on the assignment of the Fine Arts Department of the People's Commissariat for Education, she arrived in Vitebsk, where she taught at the People's Art School (then the Vitebsk Artistic and Practical Institute) a course of propaedeutics. Along with Vera Ermolaeva and Kazimir Malevich, she was a member of the creative committee «Hardeners of New Art» (UNOVIS). Director of the «Suprematist Ballet». The ballet was shown, for the only time, in Vitebsk, on February 6, 1920, on the same day as the opera "Victory over the Sun" directed by V. Ermolaeva. Author of the article «On the Suprematist Ballet» for the typewritten «Almanac UNOVIS» No. 1.

In 1922 she married the artist Anatoly Alexandrovich Borisov (1897-1935). From August 1, 1922, during 1922-1923. was a consultant to the Museum of Artistic Culture in Moscow; She was engaged in the exhibition plans of the museum, gave lectures and reports, developed a system for hanging works.

In 1926 she worked on the design of exhibitions in the Vyborg House of Culture and in the Museum of the Revolution. And in 1927 she took part in the preparation of an exhibition of the latest trends in the Russian Museum. After Vitebsk, she no longer studied Suprematism; works of the late 1920s - early 1930s are created in a realistic manner. Of these, drawings and watercolors are known and preserved: a pencil portrait of L. Stepanova (wife of the literary critic N. Stepanov, who published Khlebnikov's works; private collection), several pencil and ink portraits of A. Akhmatova (Central State Archives of Literature and Art, Anna Akhmatova Museum in Fountain House, State Literary Museum), pencil portrait of Ira Punina (1927, private collection), «Hare's Head» (1928, State Museum «Tsarskoye Selo Collection»), «Painter» (1927, State Russian Museum), «Boy at the Window» (1928, State Russian Museum), Portrait of the artist A. Borisov (until 1928, State Russian Museum), Portrait of V. Ermolaeva (1934, State Russian Museum; on the back - a portrait of an unidentified person, presumably O. Bonch-Osmolovskaya).

In 1928 she began working for V. V. Lebedev at the State Children's Publishing House. She illustrated children's books, mostly about the life of animals. In the late 1920s, she met Anna Akhmatova, made several of her portrait drawings, including a silhouette portrait. It is alleged that Akhmatova highly valued her portraits made by Kogan. In 1932 she became a member of the graphics section of the Leningrad branch of the Union of Soviet Artists. On December 25, 1934, she was arrested in the case of a group of pictorial-plastic realism, together with V. Sterligov, L. S. Galperin, M. B. Kazanskaya and V. M. Ermolaeva. On March 13, 1935, the investigation against N. Kogan was terminated.

After the outbreak of the war, she remained in the besieged city. She died of blood poisoning in a frostbitten hand in besieged Leningrad in early 1942. 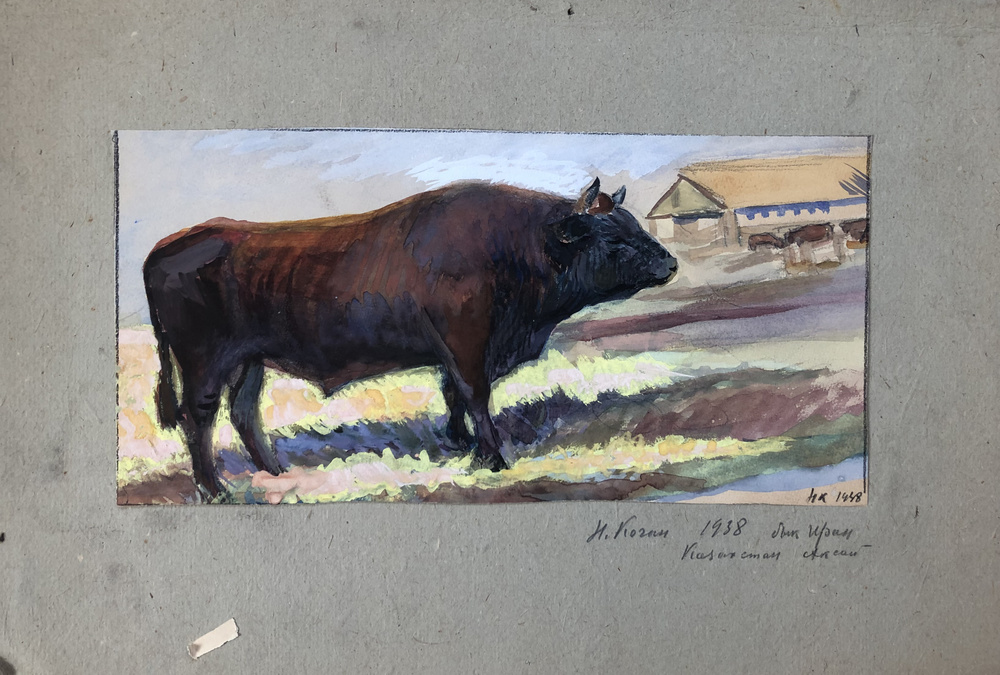