Vladimir Mikhailovich Konashevich (1888-1963) - Russian and Soviet artist, graphic artist, doctor of art history, honored art worker of the RSFSR (1945), one of the most famous masters of Soviet book illustration. The author of classic illustrations for the works of Samuil Marshak, Korney Chukovsky and others. Vladimir Mikhailovich was born in Novocherkassk on May 7 (19), 1888 in the family of an engineer. From 1897 to 1908 he lived with his family in Chernigov. In the period 1908-1913, he studied at the Moscow School of Painting, Sculpture and Architecture, where his teachers were Konstantin Korovin, Sergei Malyutin and Leonid Pasternak. In 1915 he moved to Petrograd.

From 1918 to 1926, V.M. Konashevich held the post of assistant curator of the Pavlovsk Palace Museum. His duties included restoration, arrangement of exhibitions, study of the palace archives. The artist also compiled a guide to the Pavlovsk Palace and its park, prepared the exposition «Old Pavlovsk». Konashevich combined his work chores with easel painting and graphics. In Pavlovsk Konashevich first turned to artistic lithography. The series of his easel works «Streets», «Pavlovskaya Punks», «Small Stories», «Towards the 10th Anniversary of October» took part in several exhibitions and were immediately acquired by the Tretyakov Gallery. Here, the artist also created a series of color lithographs «Pavlovsky Park» (circulation 25 copies). In 1927 he received an honorary diploma at the Milan International Exhibition of the Art Industry and Decorative Arts.

In 1922-1924 he was a member of the World of Art, in 1929 he became a member of the Society of Painters. Having changed a number of occupations in the 1920s, in the end he completely focused his interests on graphics. In 1923-1930 he collaborated with the publishing house of children's literature «Rainbow», illustrating the books by K. Chukovsky «Fly-Tsokotukha», S. Marshak «Fire» («Cat's House»).

The first experience in book graphics by V. M. Konashevich was «The ABC in Drawings» (1918). It includes 36 pencil drawings, colored with watercolors - images of people, animals, plants, objects. The artist also made the title page, cover and the final vignette: a wreath of roses, where flowers are intertwined with letters. The publication is still traditional in many respects, executed in the spirit of pre-revolutionary graphics, but differs, say, from the «ABC» by A. N. Benois in that Konashevich interprets the world more broadly, without limiting it to the framework of a child's room. The object in the picture in the book for children should be shown in full so that «all its parts are visible», «the composition should be simple and follow directly from the action itself, contained in the text. Only by this will the necessary clarity be achieved. At first glance, a child should «understand» the picture, that is, understand the event depicted on it». According to Konashevich, perspective distortions in a child's drawing are unacceptable, and the color should be local, without chiaroscuro.

All watercolors, including the illustrated cover and title page, were reproduced in rich chromolithography on good quality thick white paper. Part of the print run was bound and enclosed in the publisher's cover (illustrations are printed on 18 pages on both sides), and part was published in separate sheets in a soft publishing folder.

In the same year, V. M. Konashevich designed another alphabet - «The Pink Alphabet» by E. E. Solovyova. The book was intended for children who were already familiar with letters - maybe just from the first «ABC» of Konashevich. Individual words at the beginning of the book were then replaced by short texts, gradually becoming more complex towards the end of the book. The difference between the old and new spellings was also explained to the readers: the compiler listed the letters removed from the alphabet, and brought several texts, for comparison, typing them in both the old and the new spelling.

Illustrations by Konashevich are 36 drawings of animals and plants, rural landscapes and field works, school everyday life and children's games interspersed into the text. There are also drawings for proverbs, sayings, sayings - for example, the image of a «magpie» with chicks and a pot of porridge. When creating this version of the alphabet, the artist also «applied very successfully a soft, pleasant manner of pencil drawing», and the first fifteen pages of the text were skillfully handwritten by him. The cover of «Pink Alphabet» was created by Konashevich, of course, under the influence of his previous alphabet: the drawn font and composition are practically repeated. The only difference is in the drawing of the plot vignette: in «Pink Alphabet» it is a bouquet of flowers in a basket filled with letters.

Among other books designed by V. M. Konashevich one can mention the collection of poems by A. A. Fet (1922), compiled by him; in total he selected twenty-six poems, for fifteen of which he made drawings. The subjects of the illustrations are varied: these are stylized ornamental compositions and fanciful arabesques (feather), landscape motifs and a female image (brush). Alternating graphic techniques, the artist seems to echo Fet's verses: «How difficult it is to repeat the living beauty of Your airy outlines! Where do I have the strength to grab them on the fly Amid incessant hesitation?» Konashevich also designed the poem by I. S. Turgenev «Landowner» (1922), which was close to Fet's verses in drawing and lyrical mood, in which the latter depicted the idle life of the provincial nobility.

Died on February 27, 1963. He was buried at the Theological cemetery. In 2019, the name was given to the square on Prosveshcheniya Avenue in St. Petersburg. 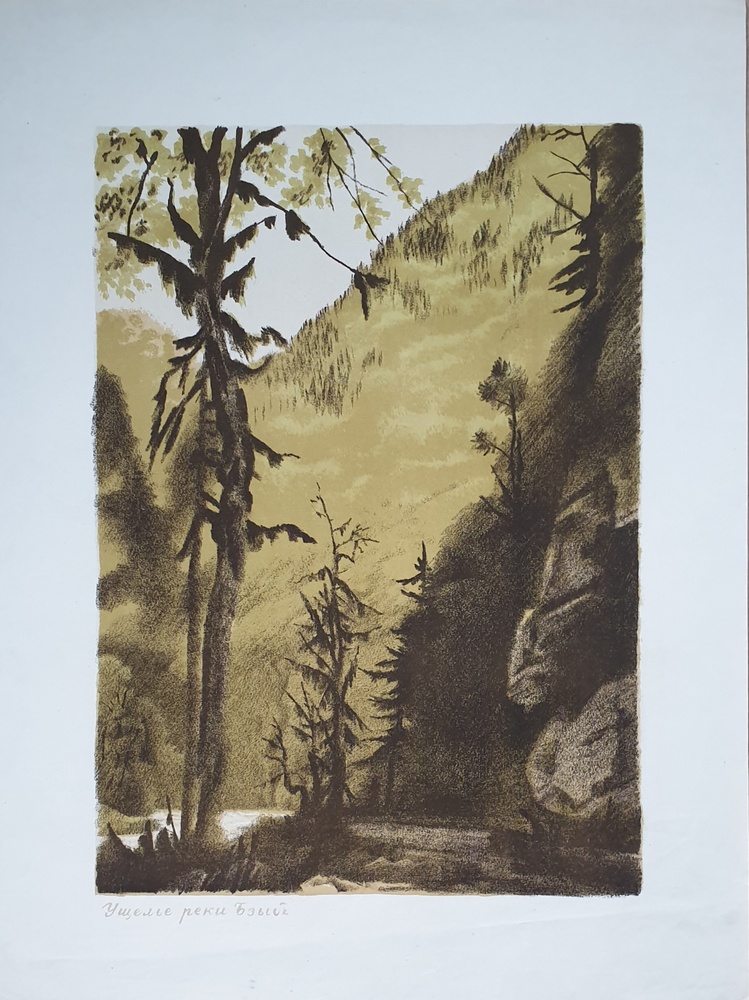 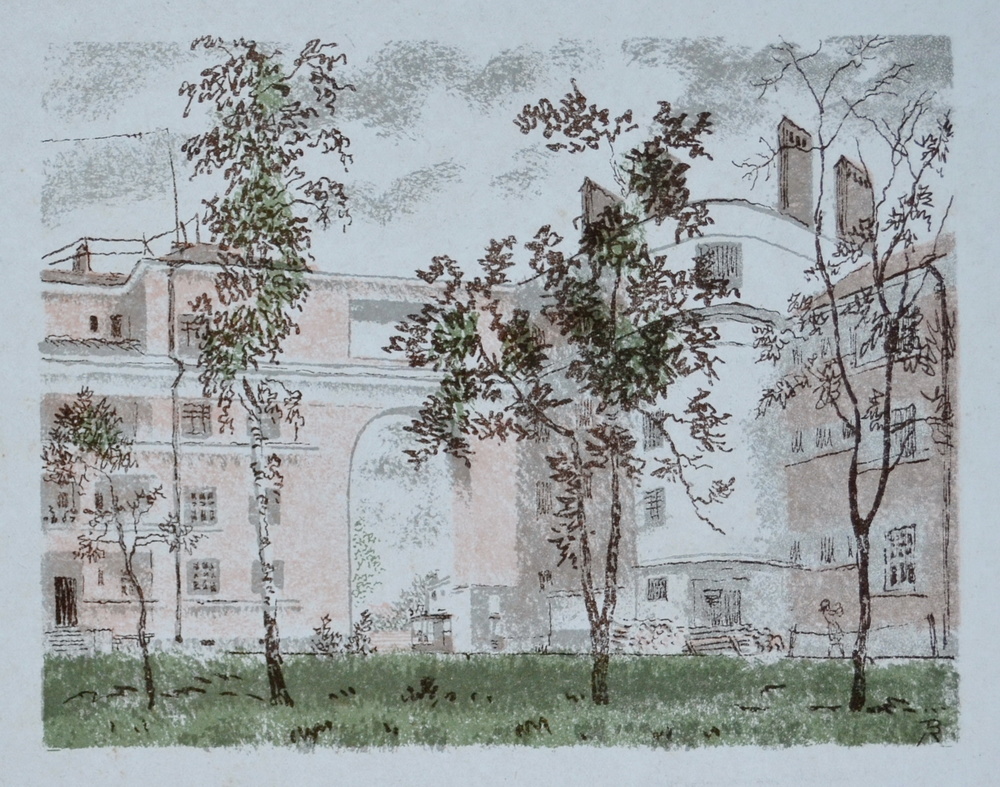 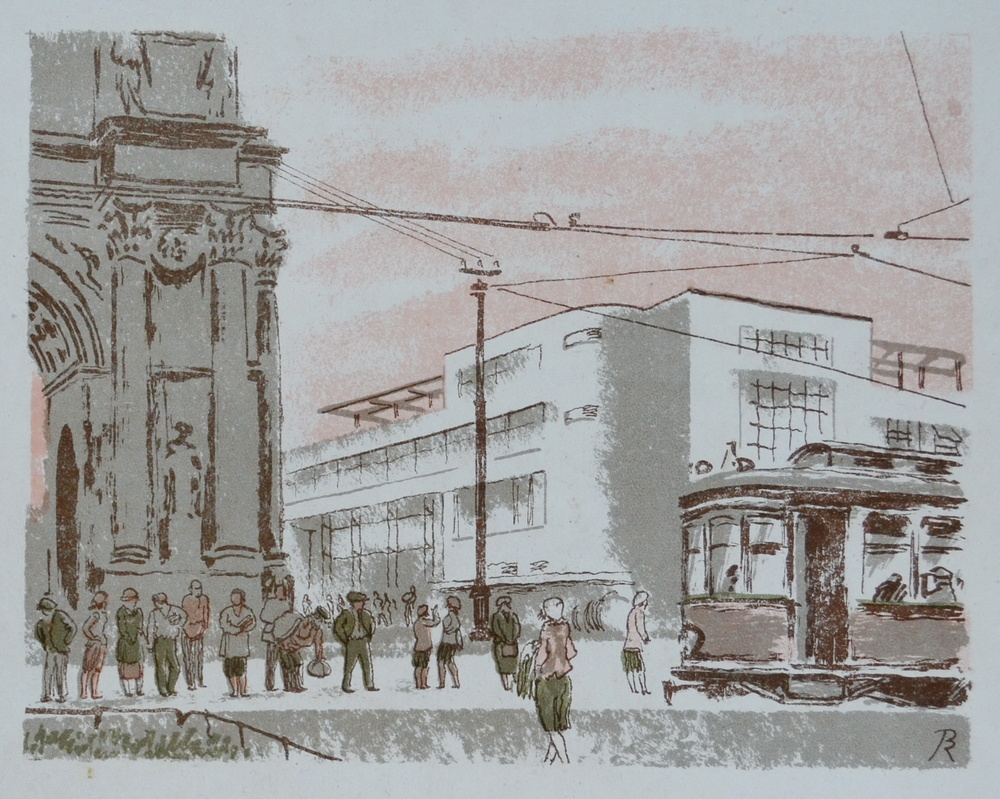 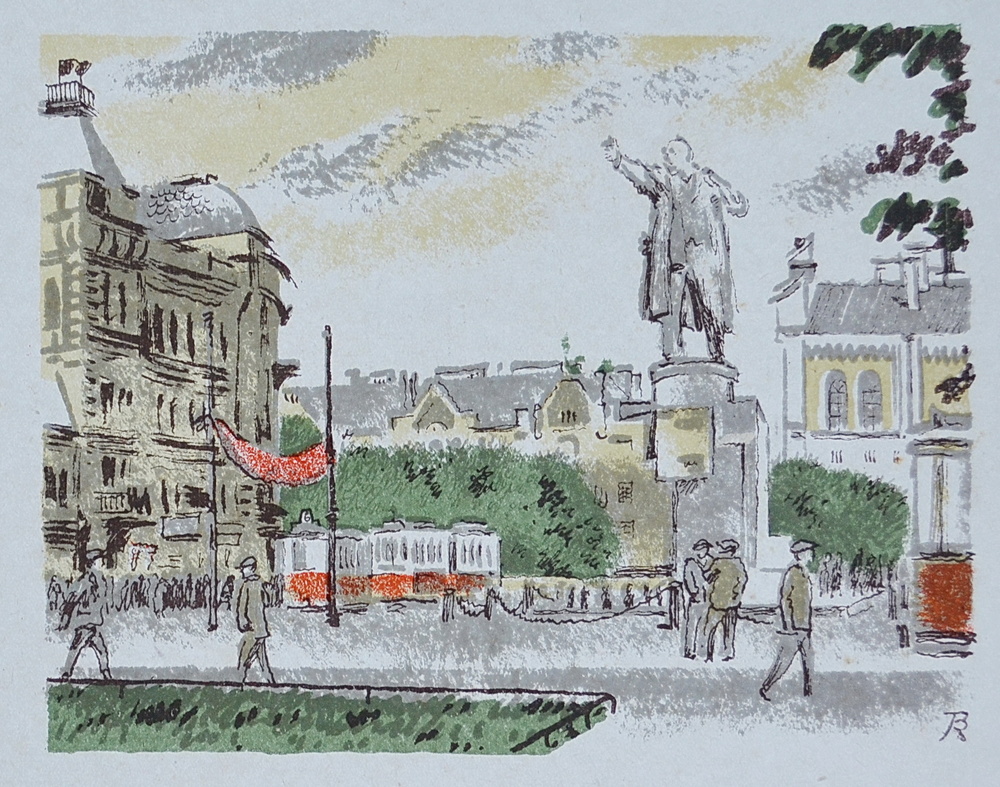 lot 42. «Monument to Lenin V.I. on the square in front of Finland Station» 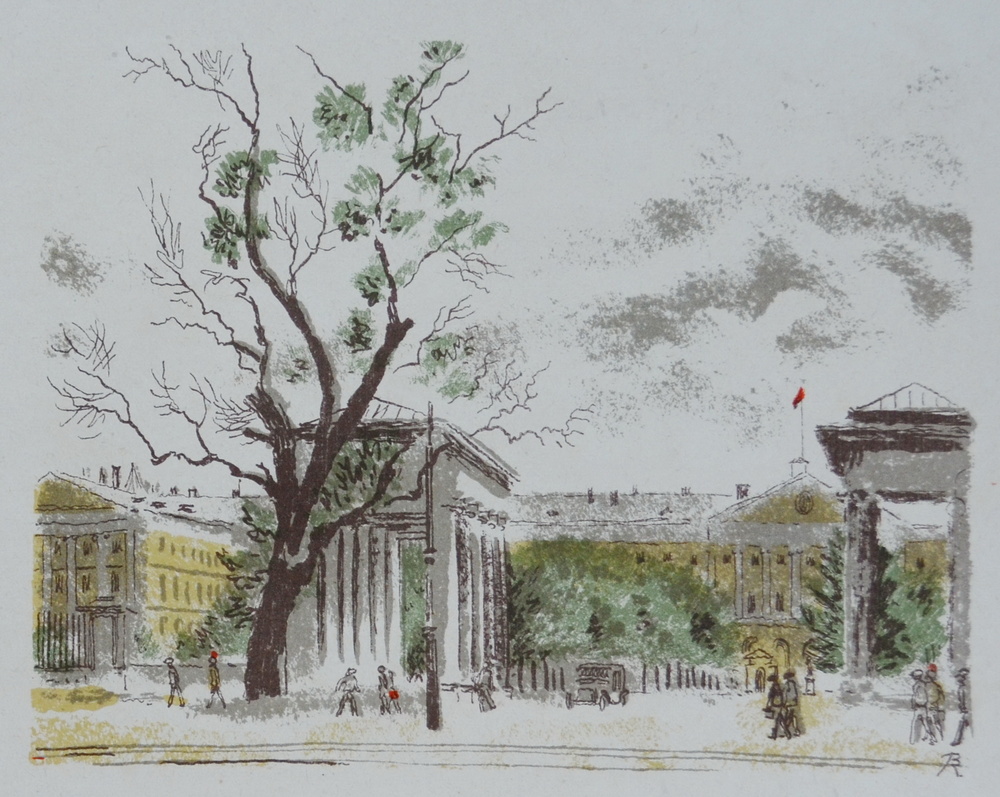 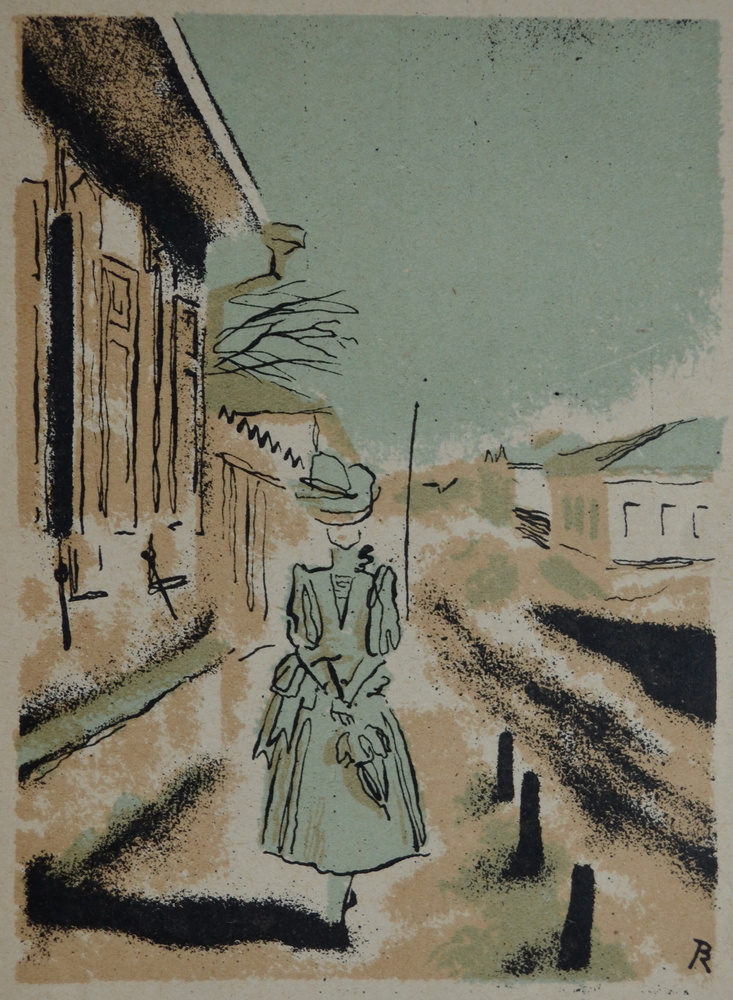 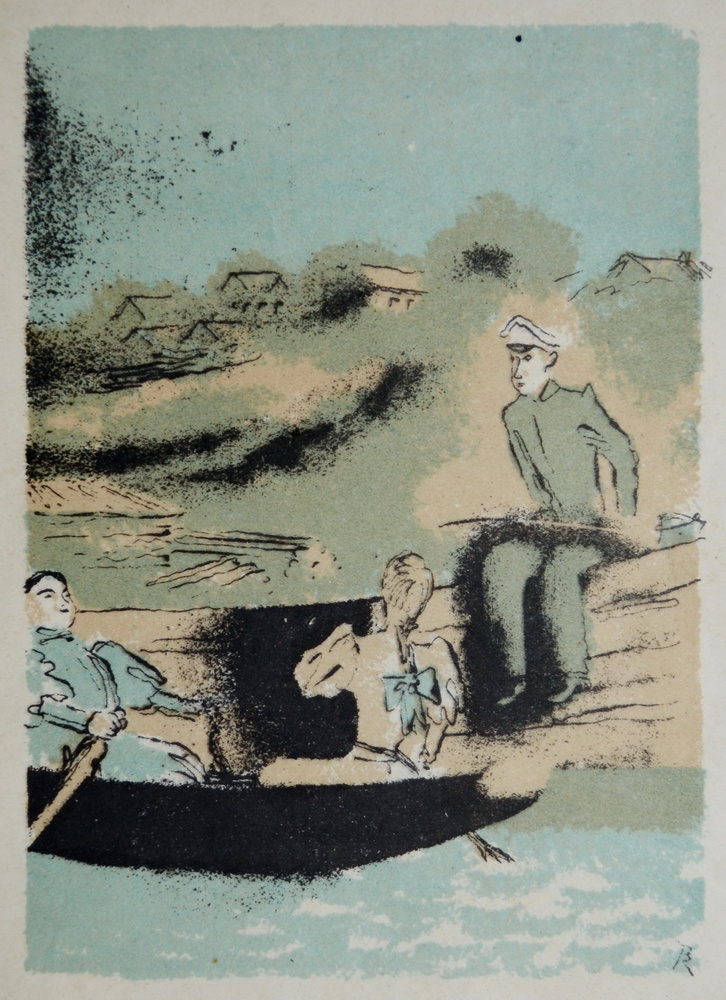 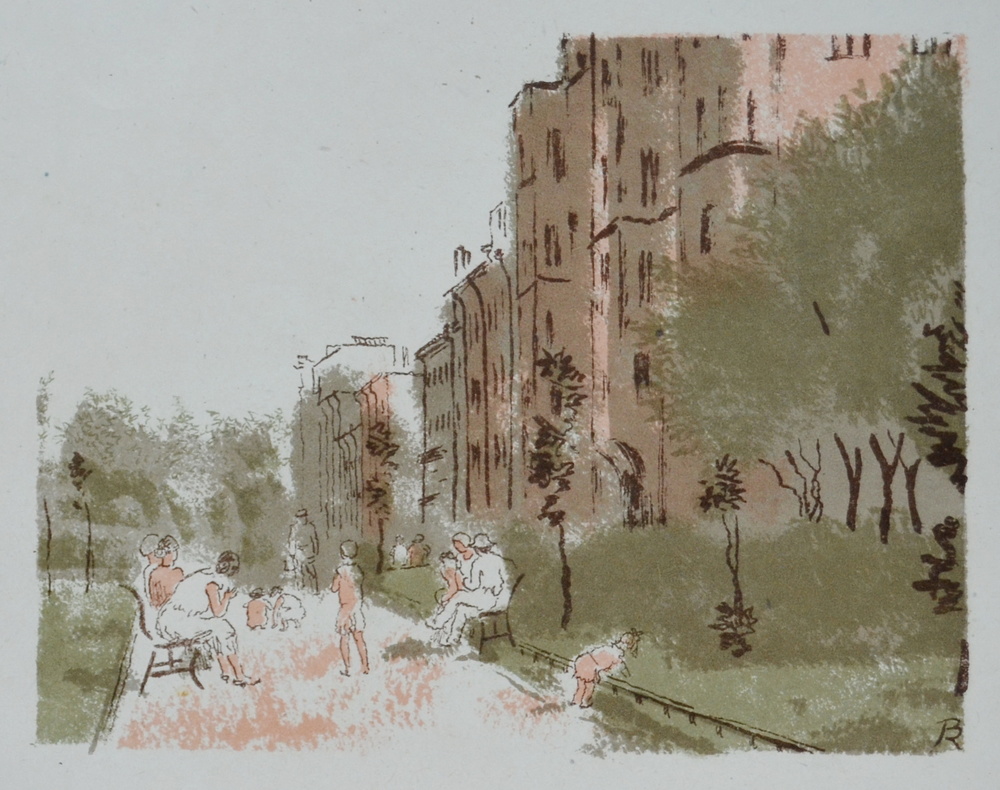 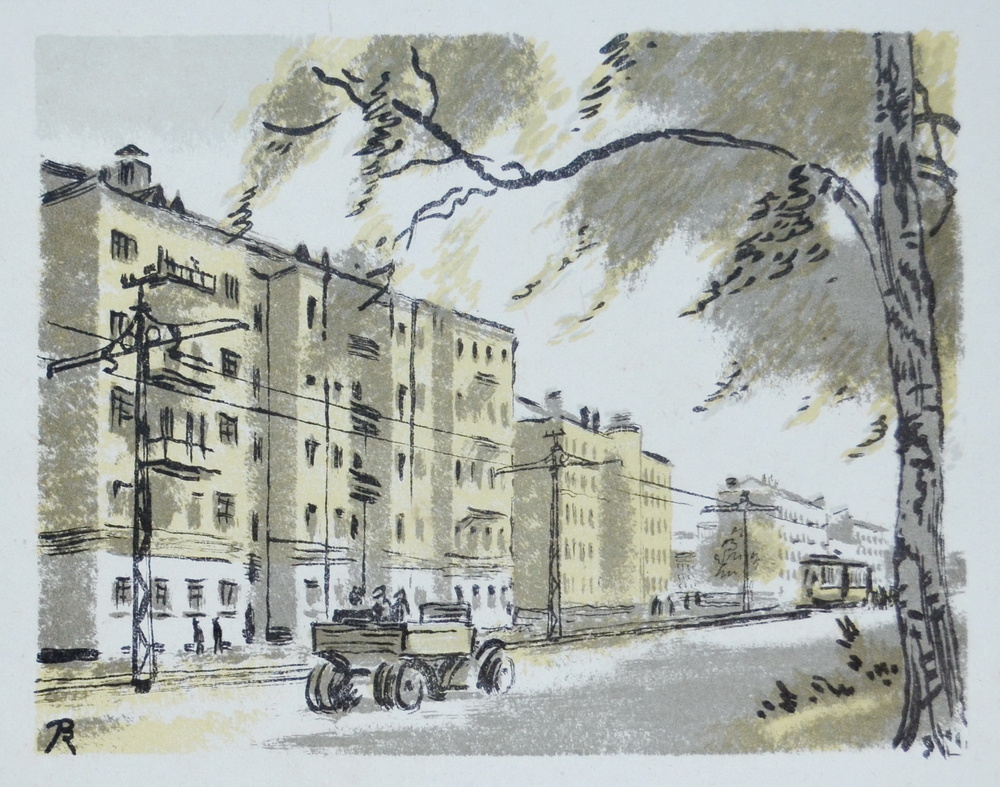