Since 1961 he taught at the Art Institute. He was a close friend of the poet RI Rozhdestvensky. He created easel prints and illustrations for literary works in various techniques (woodcut, lithography, linocut, etching). The works are characterized by metaphor, laconicism and expression of white lines on a black background. Since 1959 he has participated in exhibitions in Lithuania and abroad. More than 30 personal exhibitions took place in Moscow, Krakow, Sofia, Belgrade, Magdeburg and other cities of the world. The most famous works of Krasauskas include the linocut "Youth" (1961), used as the emblem of the magazine «Youth» («a round girlish face with ears of wheat instead of hair [here Din Rubin summed up the memory: the face is more oval than round, and the hair is depicted not in the form of ears, but in the form of thin, flexible willow branches with narrow leaves. - Ed.]»). It is also reproduced on the artist's tombstone. Author of cycles of illustrations to the poems of Y. Marcinkevičius «Blood and Ashes» (woodcut, 1960), «Wall» (autozincography, 1969), to the book of poems by E. Mezhelaitis «Man» (woodcut, 1961-1962), to books by E. Mezhelaitis «Cardiogram», «Avia sketches», to the book by A. T. Venclova «Do you know that land?» (1964), as well as to the poem by R. I. Rozhdestvensky «Requiem» (1961), «Sonnets» by W. Shakespeare (autozincography, 1966), «Song of Songs», the poem by V. V. Mayakovsky «Vladimir Ilyich Lenin» (1970 ). Among other works - the cycle series of engravings «Movement» (1971), the cycle of prints «Forever Alive» (1975). The cycle «Forever Alive» is based on the plot of a fresco created by an unknown German artist on the facade of a church in Zelenopolye (Kaliningrad region) (the fresco is dedicated to the memory of those killed in the First World War. 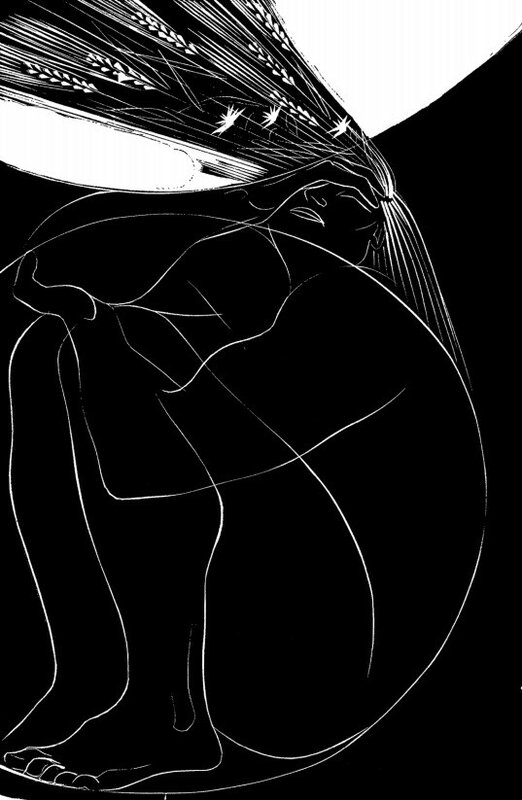 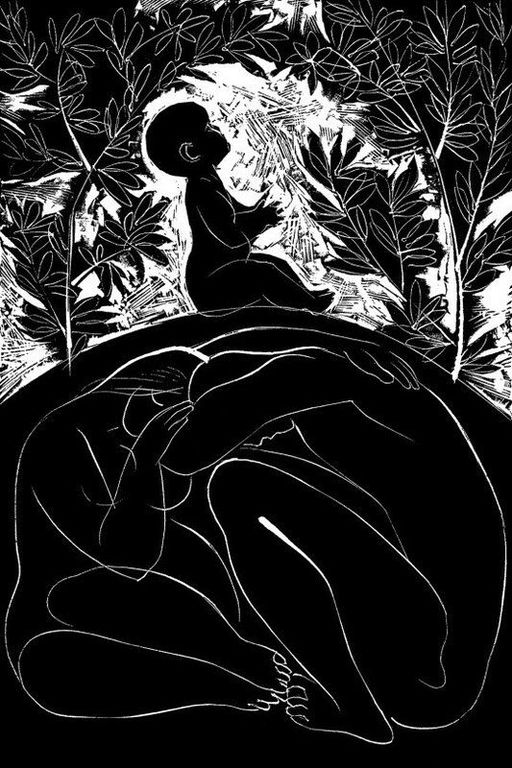