Kukuruza Sergey Vasilievich (1906, p. Privorotye, Kamenetz-Podolsky province. - 1979, Kamenetz-Podolsky) - graphic artist, theater artist. He studied at the Kiev Art Institute (1930-1934), at the graphic faculty of the Moscow Institute of Fine Arts with A.I. Kravchenko and M.V. Matorin (since 1936). Also student V.N. Hagenmeister. Participated in exhibitions since 1939. Arrested in 1941 for «discussion of military operations». Sentenced to seven years in forced labor camps. He served his term in the Aktobe camp, at the construction of a ferroalloy plant. He worked as an artist and managed the library. In the camp, he lost his right eye. Released in 1947, forced to stay in Aktyubinsk. He was accepted by the production designer at the Aktobe State Drama Theater. Since 1948, an advertising artist of a regional cinema. He taught at the school. Member of the Union of Artists since 1958. In 1972 he moved from Kazakhstan to Kamenetz-Podolsky. 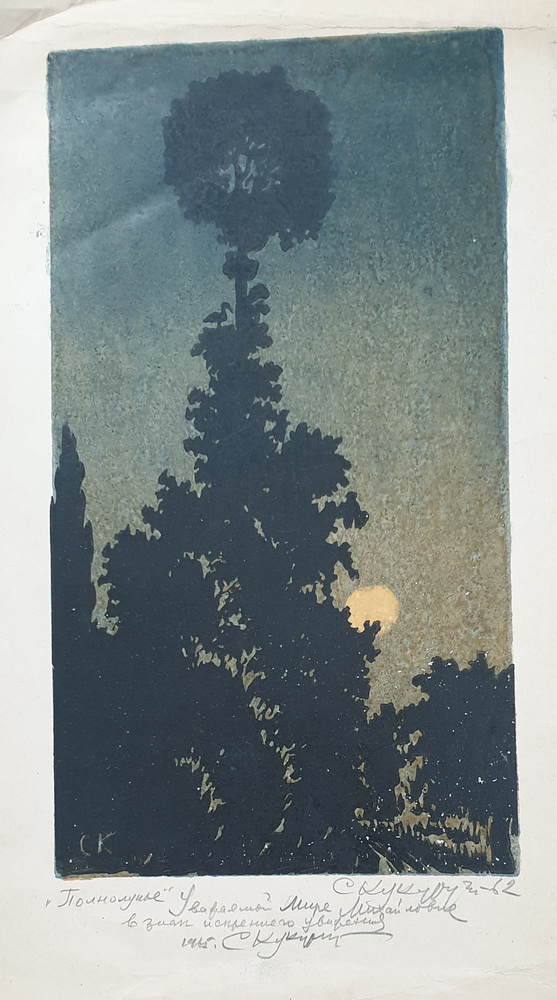 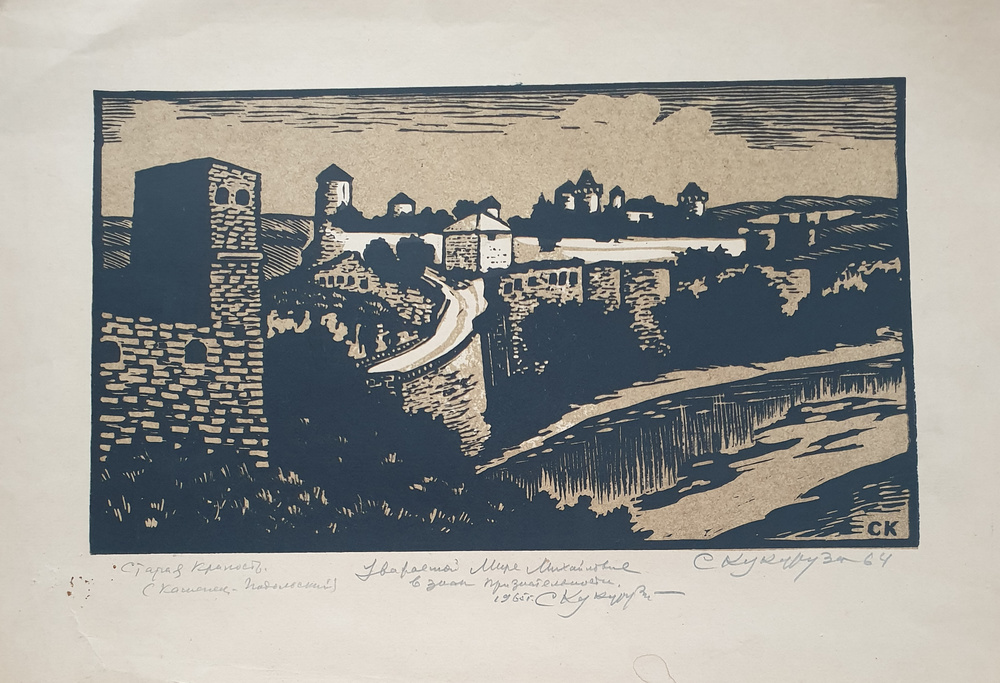