Mileiko Vladimir Bronislavovich (1948-2009) - famous satirist, cartoonist, poster artist, illustrator. Member of the Union of Artists and the Union of Journalists of St. Petersburg and the Leningrad Region. The author of propaganda posters, during his creative life he designed more than a dozen children's books. In his youth, in 1966, he took his first caricature to «Smena», it was immediately printed, since then Vladimir Mileiko never parted with a pencil.

Vladimir Bronislavovich Mileiko graduated from the Leningrad Higher School of Industrial Art named after V. I. Mukhina in 1972. He began cooperation with the city's print media in 1974. For many years he was an artist of «Evening Leningrad» and «Leningradskaya Pravda», and later «St. Petersburg Gazette». He worked on posters for the creative association «Battle Pencil», created posters on social and political themes: «Trade Agreement» (1973), «For Your Health» (1987).

The artist's cartoons are well known to Russian readers; they have also been shown at international exhibitions in Bulgaria, Yugoslavia, the Czech Republic and Cuba, and have been published on the pages of Canadian and American newspapers. At one of the competitions, Vladimir Mileiko became a laureate and received a medal. Graphic works and posters by V. B. Mileiko are in the Russian Museum, the State Museum of the History of St. Petersburg, the Surgut Art Museum, and private Russian collections. 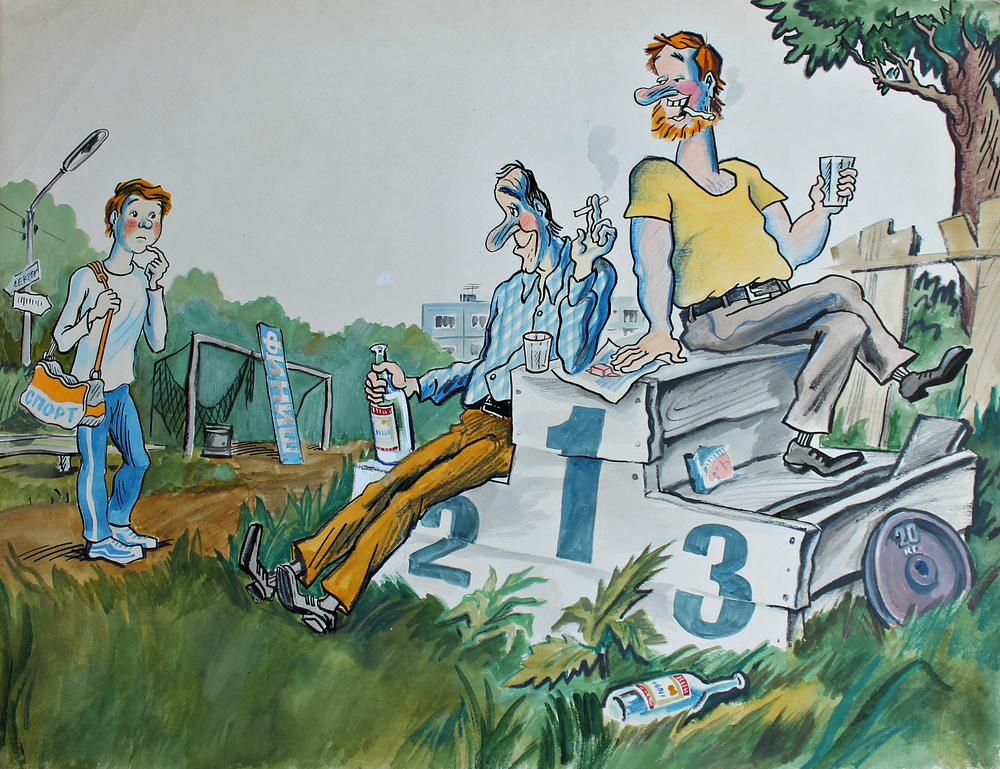