Painter, watercolourist, graphic artist, calligrapher - working for the last 15 years in the field of oriental calligraphic art - Shamaili, tughras, calligraphic compositions. During his half-century career, Vladimir Popov made a significant contribution to the development and formation of national Tatar and all-Russian art, being a constant participant in all-Union, Russian, foreign exhibitions. More than 90 of his paintings and graphic works are owned by various museums and in private collections in a number of countries of the West and East. Since the mid-90s, V. Popov's work has acquired a multifaceted character, expressiveness, and monumentality.

He has created such significant series as «Masterpieces of Cult Architecture of Russia», «Muslim Shrines of the East, Tatarstan», and over the past 15 years - more than 500 works in the typical images of Eastern calligraphy - «Tughras», «Shamili». By creating them, the author carefully preserves the experience of the outstanding art of calligraphy of Arabic writing, accumulated over the centuries, strives for «Synthesis» - the fusion of the art of the East and West, its modern types and achievements. The images of the works created by him are laconic, very expressive, monumental and epic in form, deep in feeling, they organically combine the artistic culture of the distant past with the present.

V. Popov's personal exhibitions of shamail and tughr invariably arouse genuine interest of spectators and specialists. Scientists-orientalists, Islamic scholars recognize that Vladimir Popov is the gift of a large talented calligrapher-khattat, his secret writing is a rare phenomenon not only in the panorama of the arts of Tatarstan-Russia, but also a kind of contribution to the development of the traditions of modern religious culture of the East and its spiritual heritage, working for the integration and rallying the peoples of Russia and the East as a whole. Vladimir Popov is the first and only Russian artist in the Republic of Tatarstan who develops and works in the genres and traditions of modern Islamic fine art, its calligraphic aesthetics. For the Tatar national art, this phenomenon is a completely new "chapter" that brings this kind of creativity of Tatarstan and Russia into the international orbit. This is brilliantly confirmed by the fact of V. Popov's successful participation with 25 works at the most prestigious, with the participation of the world's highest calligraphers, the 8th World Exhibition of the Koran and Calligraphy, which took place in Tehran in December 2000. At the especially kind invitation of the Government of Iran, the artist acted as the only invited calligrapher from Russia and worthily defended her honor and the honor of Tatarstan in this art form. The Russian hall, according to the announcement of the organizers of the exhibition, won the 2nd place for the attention given to it by the audience, the public, radio, newspapers, television, clergy and the President of Iran. Popov's speeches on the air of Iran, six times broadcasting of the broadcasting service to the countries of the East, Radio Russia programs about the author's work - this speaks volumes.

Over the past 15 years, V. Popov has hosted more than 15 personal exhibitions of his calligraphic works, of which seven are only in Moscow, the rest in Kazan and other cities. Great success was accompanied by his exhibition at the State Museum of the East, and his exposition at the Spiritual Directorate of Muslims of the European part of Russia in Moscow lasted for almost six months. 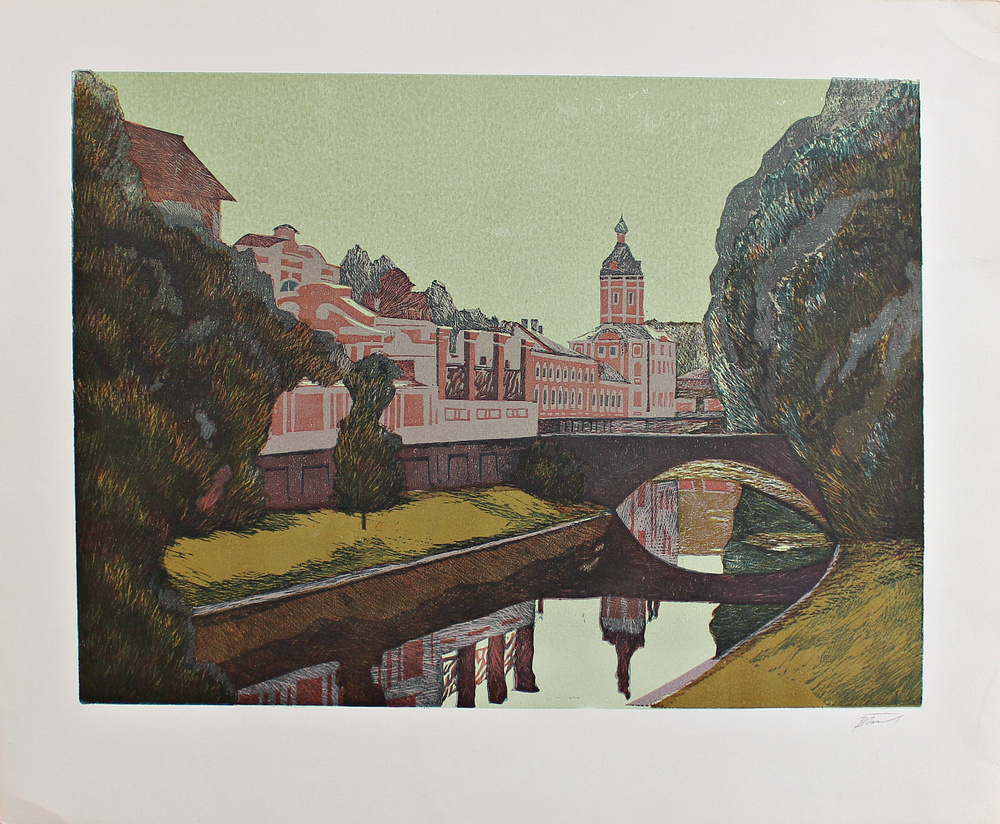