Pavel Yakovlevich Pyasetsky (1843, Oryol - 1919, Petrograd) - Russian doctor, traveler, artist, writer, collegiate counselor. Born October 26 (November 7) 1843 in Orel. Like his brothers, Ignat and Nikolai, he studied at the Oryol gymnasium, where he was admitted to the 2nd grade in 1855. After graduating from high school (1861) he studied at the medical faculty of Moscow University. Already in his youth, he showed a love of drawing. During his studies, Pyasetsky made hundreds of drawings on anatomy, histology, forensic medicine, obstetrics, skin diseases, which served as teaching aids. Having preferred surgery, he became a follower of the French surgeon J. Reverden, who in 1869 developed a method of skin grafting. Working in this direction, Pyasetsky was one of the first Russian scientists to enrich transplantation in new ways. The operation, developed by him in 1870, became known in medicine as the «Pyasetsky method». In 1871 he received his doctorate in medicine for his dissertation «On the revival of the epithelium».

After defending his thesis, Pyasetsky moved to St. Petersburg, where he served in the Main Military Medical Directorate, in his free time attending the studio of the artist P.P. Chistyakov at the Academy of Arts as a volunteer. In 1872 he entered military service, which he began through the Military Medical Directorate. When Colonel Yu. A. Sosnovsky's expedition to China was equipped in 1874, Pyasetsky was assigned to her as a doctor and artist. From his drawings Pyasetsky compiled his first panoramic painting «From the middle of China to Western Siberia». In addition, he collected mineralogical, botanical, zoological and ethnographic collections, and wrote the book «Traveling in China». The book was awarded a large gold medal of the Imperial Russian Geographical Society.

During the Russian-Turkish war of 1877-1878, Pyasetsky was in the army, as a military doctor in the Shipka detachment. Here he, dying of typhus, wrote his memoirs «Two months in Gabrovo». However, he was destined to recover. Another well-known merit of P. Ya. Pyasetsky was the introduction of kefir into domestic medical practice, which until that time was almost unknown in Russia. He brought it back from a short trip to the North Caucasus. Although the properties of kefir were first considered in 1867 by physicians Dzhogin and Sipovich, Pyasetsky was one of the first, along with Mechnikov, to promote the medicinal properties of kefir, thereby contributing to its distribution in the diet of the inhabitants of Russia. In 1883, he made a report on this topic at a meeting of the Society of Russian Doctors in St. Petersburg.

In the 1894-1900s, by order of the committee for the construction of the Siberian railway, Pyasetsky made a giant moving panorama of the Transsib, which was presented at the 1900 World Exhibition in Paris. For this panorama, he was awarded the Order of the Legion of Honor. The length of the whole roll is 59.6 m, the height is 48.5 cm. Now it is in the Hermitage, where it came from the Central Geographical Museum in St. Petersburg. In 1897 he traveled as an artist to England on the cruiser «Russia» for the anniversary of Queen Victoria. In 1902 he visited Bulgaria, and in 1903 he made a trip to the Far East, in the retinue of the Minister of War Alexei Kuropatkin. 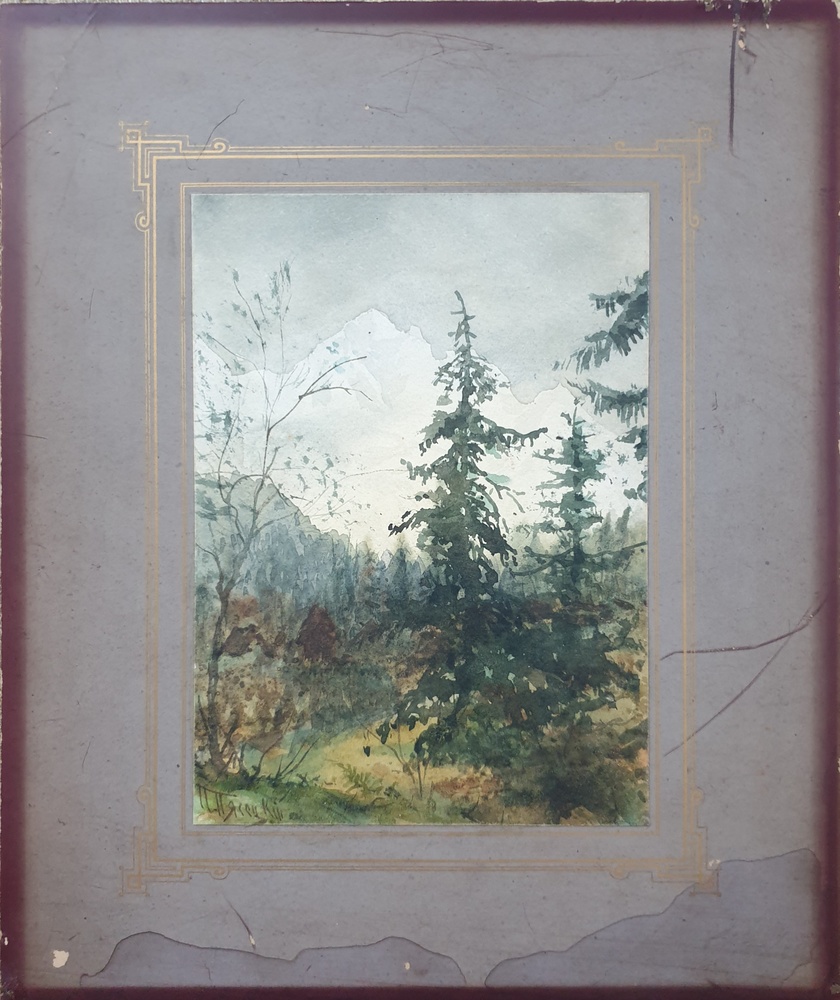