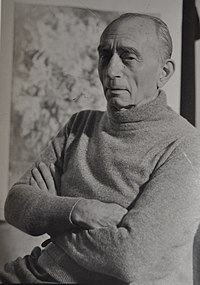 Mikhail Cesarevich Rabinovich (June 28, 1902 - April 30, 1985) - Soviet artist, teacher of plastic anatomy, author of a textbook for art schools «Plastic anatomy of humans, four-legged animals and birds» and «Plastic anatomy and the image of a person based on it», member Union of Artists of the USSR.

In 1926, Mikhail Cezarevich graduated from the medical faculty of the Azerbaijan University and at the same time the Azerbaijan Higher Art School. He worked as an oculist first in the village of Baku district, later in Baku. At the same time he was engaged in painting and tried himself in newspaper caricature and drawing. In 1931 he moved to Moscow, where he hoped to combine the profession of a doctor and an artist. He succeeded: he becomes an assistant at the Department of Anatomy at the 1st Medical Institute. «Well-drawing anatomists at that time were worth their weight in gold» (from the artist’s notes). Later, Rabinovich taught plastic anatomy at art universities. «Thus, I managed to combine the artist and the doctor in me - I taught anatomy, combining it with the drawing». At the same time, Mikhail Cezarevich publishes cartoons on international topics in Crocodile, working Moscow and other periodicals.

From 1934 to 1937 Rabinovich studied at continuing education courses for artists-painters in Moscow. During the Great Patriotic War, Mikhail Cezarevich served as a doctor in the rank of captain of the medical service (1941-1945). He continued to paint at the front. Many drawings and one large oil composition, depicting an operation in a medical battalion, are stored in the Military Medical Museum in St. Petersburg. Captain Rabinovich finished the war in 1945 in East Prussia with the Order of the Red Star.

After the war, Mikhail Cezarevich taught a lot, including at the Moscow Institute of Applied and Decorative Arts, at the Textile Institute and at the Art-Industrial School named after Kalinin. In his lectures, for the first time, he combined the study of anatomy and anatomical drawing with the drawing of living nature and introduced training in the volumetric construction of a figure on an anatomical basis.

In the mid-50s, the artist turned to graphics, as a result of which a number of books with his illustrations were published at various publishers («Tales of Darwin» by Korsunskaya, «Lull» by Zweig, «The Fate of a Man» by Sholokhov). In the 60-70s, the artist turned to landscapes. Since the late 70s, he exhibited at exhibitions of the Moscow Union of Artists, exhibitions of war veterans and some others. In 1983, a personal exhibition of the artist was held in Moscow at the Central House of Artists.

In the 1970s and 1980s, Mikhail Cezarevich created many illustrations, executed mainly with ink and pen, for the works of Pushkin «Ruslan and Lyudmila» and «The Queen of Spades», Chekhov's «Kashtanka», Dumas «Three Musketeers», Walter Scott «Quentin Dorward», Shakespeare «Hamlet», Dostoevsky «Idiot», «Brothers Karamazov» and «Humiliated and offended». The main work of the artist was his teaching aids, such as «Plastic anatomy of humans, tetrapods and birds» (1978). and «Plastic anatomy and the image of a person on its foundations» (1985).

Mikhail Caesarevich died in 1985 at the 83rd year of his life in Moscow. 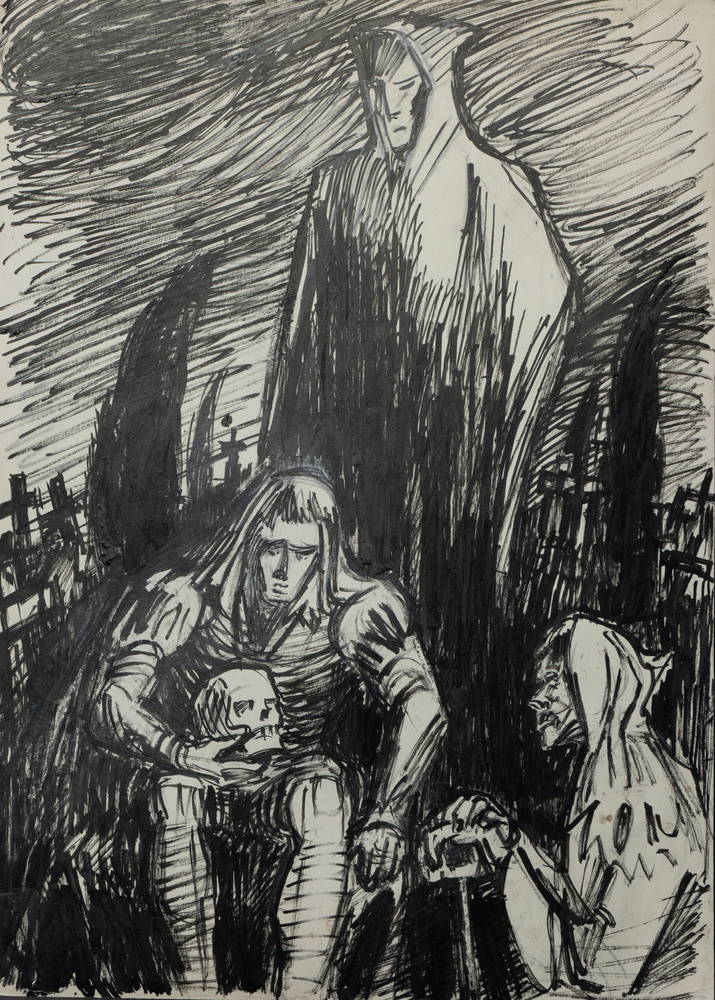 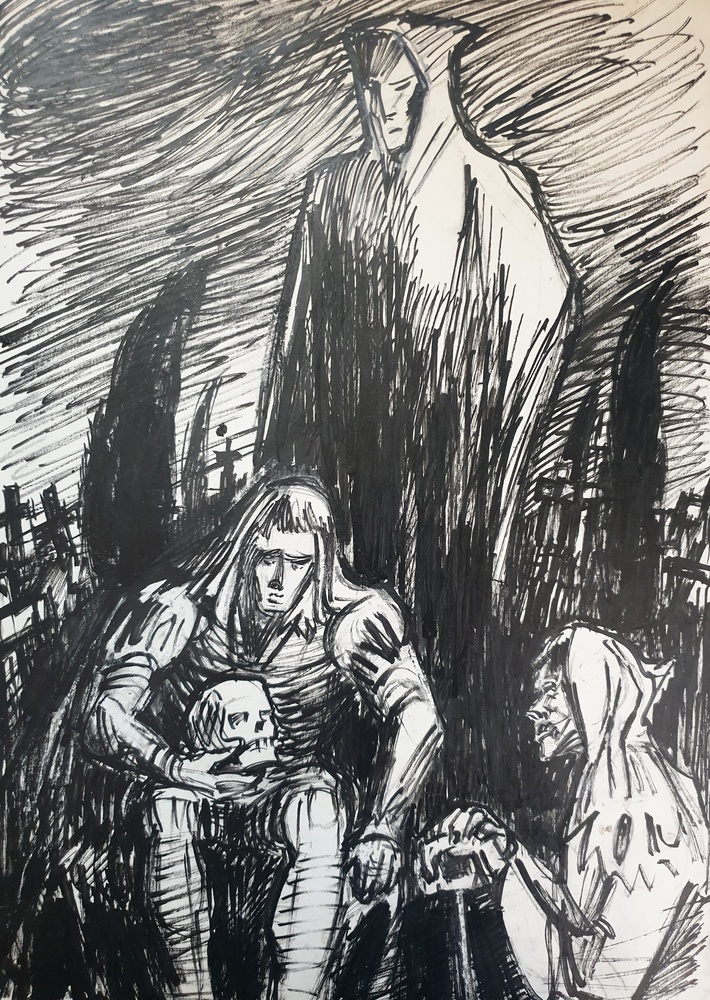 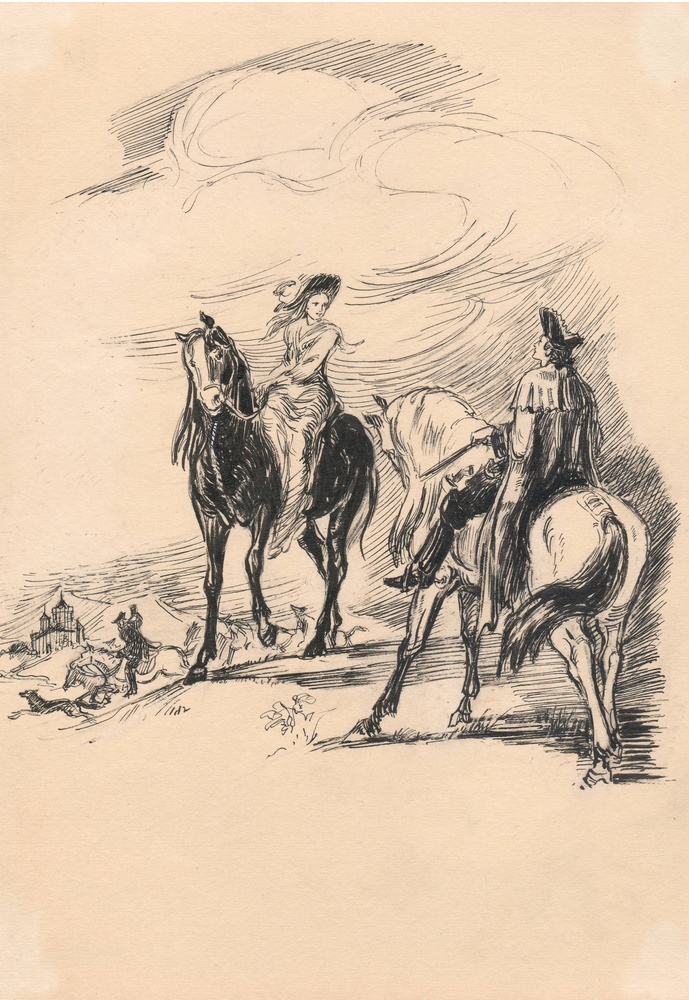 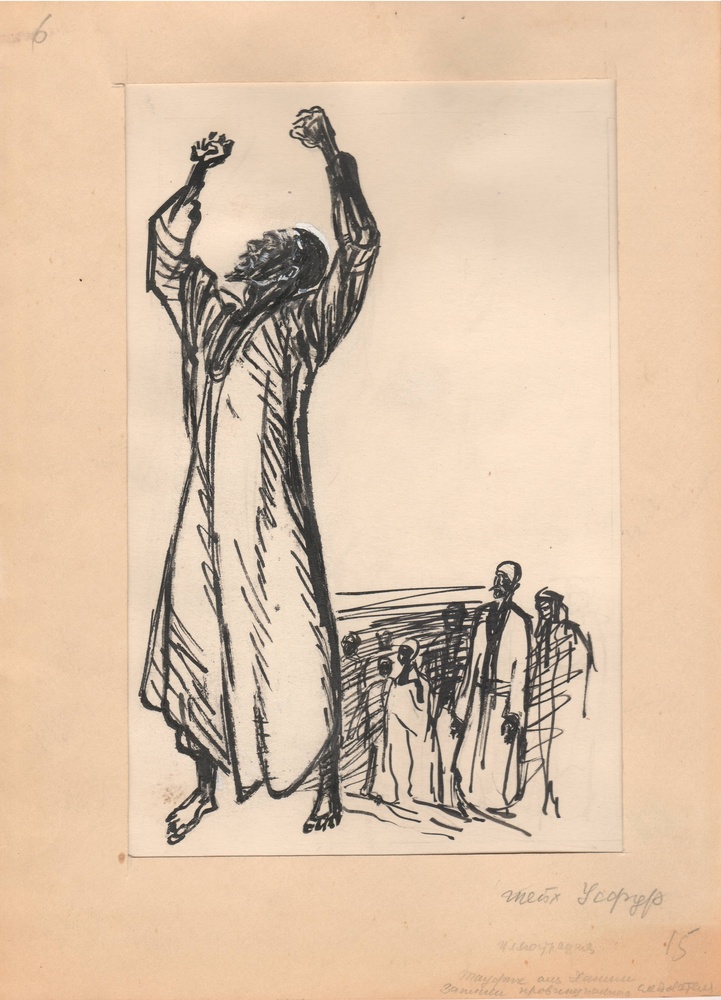 lot 216. «Notes of a provincial investigator»