Zavyalov Valery Anatolyevich (1934-2004) - Leningrad graphic artist. Poster artist, cartoonist, lithographer, illustrator. Member of the Union of Artists and the Union of Journalists of the USSR. One of the founders of the Leningrad section of the poster and its first chairman. Born in Leningrad on November 03, 1934. In 1960 he graduated from the Repin Institute of Painting, Sculpture and Architecture. Since 1958 he has been working in the creative association of artists and poets «Battle Pencil7.

Made political anti-American, anti-imperialist posters; was engaged in everyday social satire: «The Last Battle» (1962), «The thief magpie cooked porridge for the children», «We will block the records. And with all this, we will triple attention to everyday objects» (1971), «One has a lot of worries with work ...» (both - 1982). Collaborated with the poet A.B.Shklyarinsky. Collaborated with the publishing house «Young Guard», illustrated fantastic stories and stories by E. I. Filenko «Star Echo».

Works by V.A.Zavyalov are in the Museum of the History of St. Petersburg, Rybinsk State Historical-Architectural and Art Museum-Reserve, in the Norilsk Municipal Art Gallery. He died on February 21, 2004. 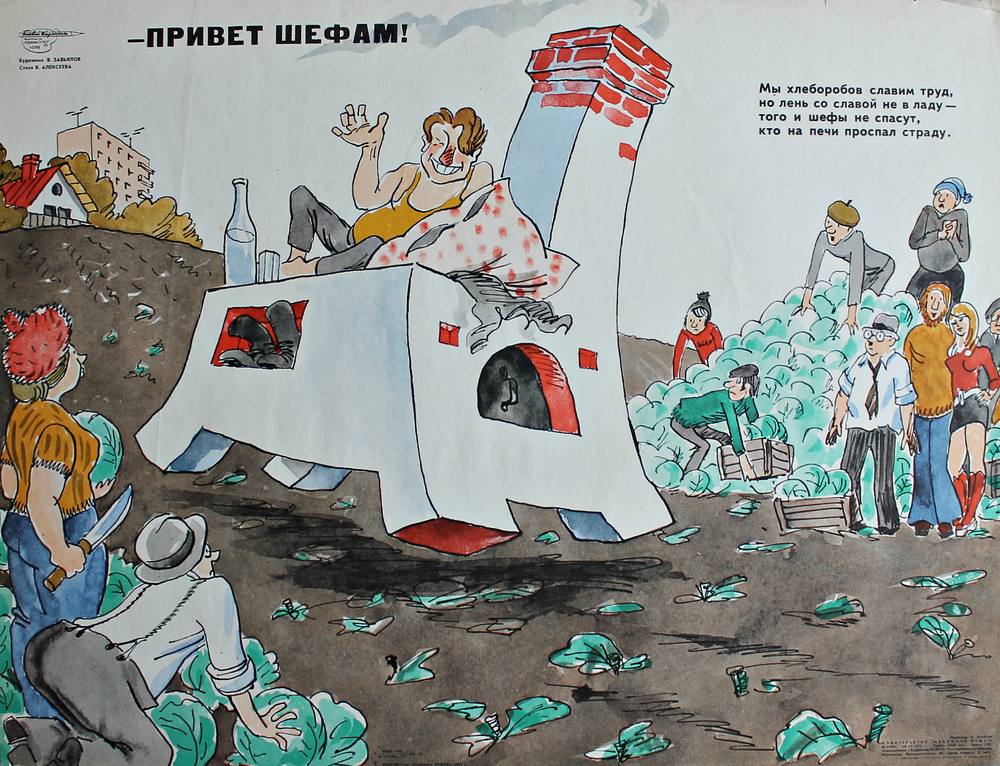