Boris Mikhailovich Kustodiev (February 23 (March 7), 1878, Astrakhan - May 26, 1927, Leningrad) - Russian artist. Academician of painting at the Imperial Academy of Arts (1909). Member of the Association of Artists of Revolutionary Russia (since 1923). Portrait painter, theater artist, decorator. Boris Kustodiev was born in Astrakhan. His father, Mikhail Lukich Kustodiev (1841-1879, Astrakhan), was a professor of philosophy, the history of literature and taught logic at a local theological seminary.

Father died when the future artist was not even two years old. Boris studied at the parish school, then at the gymnasium. From the age of 15 he took drawing lessons from a graduate of the Petersburg Academy of Arts P. Vlasov. In 1896 he entered the Higher Art School at the Imperial Academy of Arts. He studied first in the workshop of V. E. Savinsky, from the second year - with I. E. Repin. He took part in the work on Repin's painting «The ceremonial meeting of the State Council on May 7, 1901» (1901-1903, Russian Museum, St. Petersburg). Despite the fact that the young artist gained wide fame as a portrait painter, Kustodiev chose a genre theme («At the farmer's market») for his competitive work, and in the fall of 1900 went in search of nature to the Kostroma province. Here Kustodiev met his future wife - 20-year-old Julia Yevstafyevna Proshinskaya. Subsequently, the artist performed several pictorial portraits of his beloved wife.

October 31, 1903 finished the training course with a gold medal, received the title of artist for the painting «At the farmer's market», and the right to an annual retirement trip abroad and around Russia. Before the end of the course, he took part in international exhibitions in St. Petersburg and Munich (a large gold medal of the International Association).

In December 1903, he arrived in Paris with his wife and son. During his trip, Kustodiev visited Germany, Italy, Spain, studied and copied the works of old masters. He entered the studio of Rene Menard.

Six months later, Kustodiev returned to Russia and worked in the Kostroma province on a series of paintings «Fairs» and «Village Holidays». In 1904 he became a founding member of the New Society of Artists. In 1905-1907 he worked as a cartoonist in the satirical magazine «Zhupel» (the famous picture «Introduction. Moscow»), after its closure - in the magazines «Hellish Post» and «Sparks». Since 1907 - a member of the Union of Russian Artists. In 1909, on the proposal of Repin and other professors, he was elected a member of the Academy of Arts. At the same time, Kustodiev was asked to replace Serov as a teacher of the portrait-genre class at the Moscow School of Painting, Sculpture and Architecture, but fearing that this activity would take up a lot of personal work and did not want to move to Moscow, Kustodiev resigned. Since 1910 - a member of the renewed «World of Art».

In 1909, Kustodiev appeared the first signs of a spinal cord tumor. Several operations brought only temporary relief; the last 15 years of his life, the artist was confined to a wheelchair. Due to illness, he was forced to write works lying down. However, it was during this difficult period of his life that his most vivid, temperamental, cheerful works appeared. In 1913 he taught at the New Art Studio (St. Petersburg).

Since the beginning of the 1900s, Boris Mikhailovich developed a peculiar portrait genre, or rather, a portrait-picture, portrait-type, in which the model is connected together with the surrounding landscape or interior. At the same time, this is a generalized image of a person and his unique individuality, revealing it through the world around the model. In their form, these portraits are associated with the genre images-types of Kustodiev («Self-portrait» (1912), portraits of A. I. Anisimov (1915), F. I. Chaliapin (1922)).

But Kustodiev’s interests went beyond the portrait: it was not by chance that he chose a genre picture for his thesis («At the farmer's market» (1903), it wasn’t preserved). In the early 1900s, he went to work in the Kostroma province for several years in a row. In 1906, Kustodiev appeared with works that were new in concept - a series of paintings on the themes of a brightly-festive peasant and provincial bourgeois-merchant life (Balagany, Maslenitsa), in which the features of modernity are visible. Spectacular, decorative works reveal the Russian character through the everyday genre. On a deeply realistic basis, Kustodiev created a poetic dream, a tale of provincial Russian life. Of great importance in these works is given to the line, pattern, color spot, forms are generalized and simplified - the artist turns to gouache, tempera. The artist’s works are characterized by stylization - he studies the Russian parsuna of the 16th – 18th centuries, lubok, signs of provincial shops and taverns, and folk crafts.

In the future, Kustodiev gradually shifted more and more towards the ironic stylization of the folk and, especially, the life of the Russian merchants with a riot of colors and flesh («Beauty», «Russian Venus», «Tradeswoman for tea»).

For Russian Venus, Kustodiev did not have a finished canvas. Then the artist took his own painting «On the Terrace» and began to write on its reverse side. Boris Mikhailovich was very ill. He could only sit in a special stroller for no more than two or three hours a day, overcoming a terrible pain in his whole body. Sometimes I could not pick up a brush. His life at that time was a feat. This painting was, as it were, the result of his life - a year later Kustodiev died. 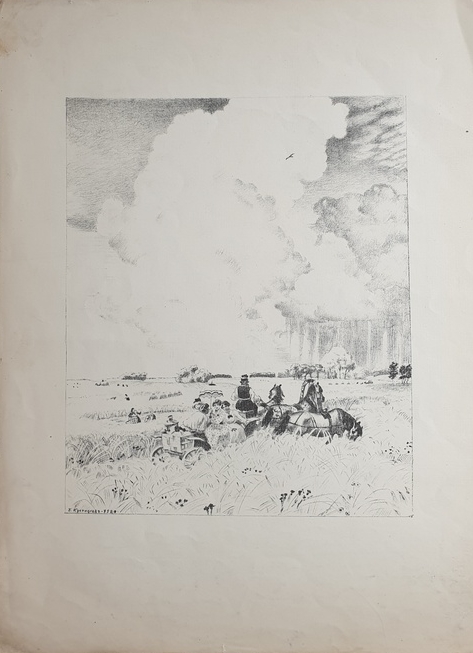 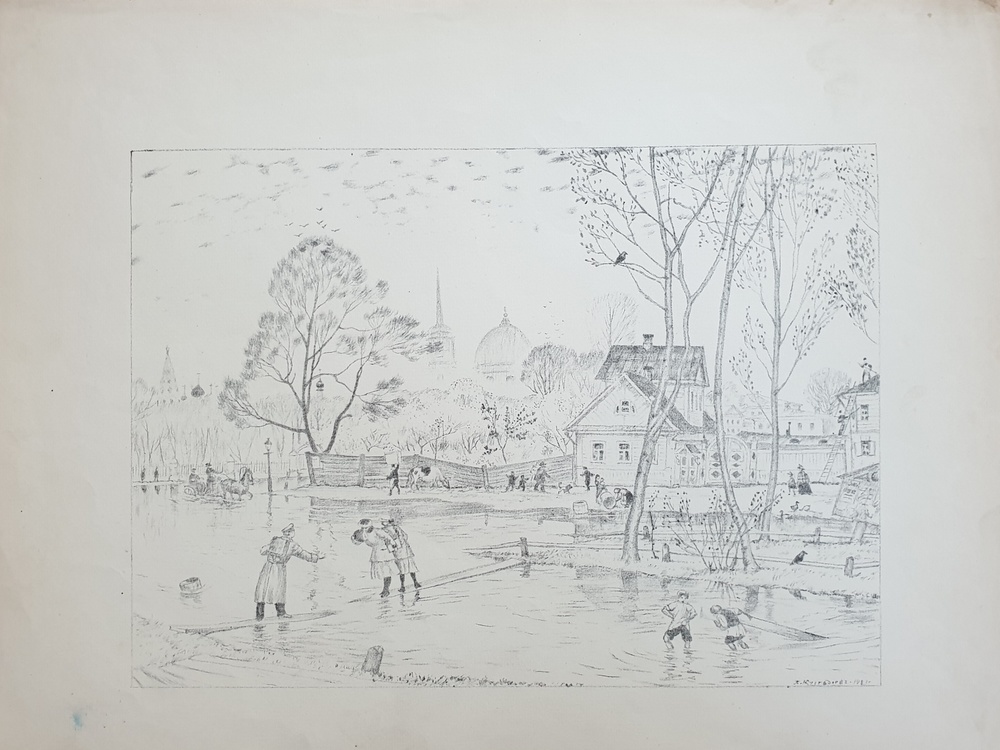 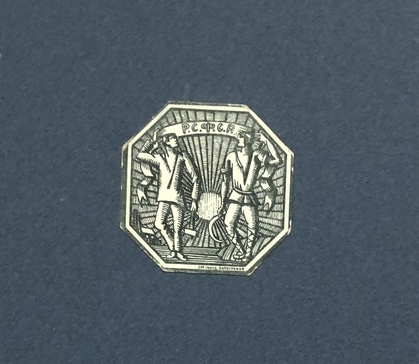