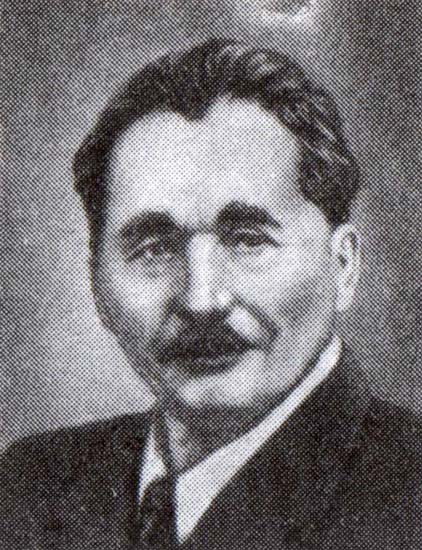 In the late 1920s. A. F. Pakhomov began working in book graphics with his teacher V. V. Lebedev, who became the art editor of the Children's Literature Publishing House and attracted a number of talented young painters. As a master, Lebedev contributed quite a few of his students to the work, sometimes reworking their drawings on their own. In 1936, with the spread of offset printing, Pakhomov managed to persuade Lebedev to try to make an offset printing form from pencil drawings. As a result, Marshak's book School Comrades was published with illustrations by Pakhomov. After that, Pakhomov began to illustrate books primarily in his favorite pencil style. At this time, he also collaborated in children's magazines «Siskin» and «Hedgehog». During his work with Lebedev, Pakhomov developed his own recognizable style in those years, distinguishing dozens of books illustrated by him. A.F. Pakhomov occupies one of the leading places among the artists of children's book graphics of Leningrad of the 1920-1940s.

In the 1920s he was a member of the Leningrad artistic association «Circle of Artists», aesthetically close to Moscow OST.

As a painter, Pakhomov created many significant works that took their place in the history of Leningrad art of the 20th century. Among them: «Reaper» (1928, RM), «Girl in Blue» (1929, RM), «Archers» (1930, RM), «Portrait of Molodtsova drummer» (1931, RM). The historians of Leningrad art note the affiliation of A. F. Pakhomov to the Leningrad school of landscape painting, whose masters are far from being limited to landscape genre alone.

The aesthetics of «graphic realism» was formed not only from the system of artistic techniques. You can characterize it as a real creative movement, in view of the existing agreed creative principles. It united many artists involved in the process of the formation and development of a children's book in the Leningrad graphic arts of the 1920–1930s.

Pakhomov survived the war in besieged Leningrad. As a result, a dramatic series of lithographs «Leningrad in the days of the blockade» (1942-1944) appeared. In 1944, he took part in the exhibition of five artists who were blockade at the Russian Museum (V. M. Konashevich, V. V. Pakulin, A. F. Pakhomov, K. I. Rudakov and A. A. Strekavin). Later, in February 1945, they were exhibited in Moscow.

Since 1942, he taught at the I. Repin Institute for Literature Institute (since 1949 - in the rank of professor). By the early 1960s, having attained high levels of official recognition, Pakhomov, however, felt the need to update his graphic language. The jubilee solo exhibition, which took place in 1961 in the State Russian Museum, served as an impetus to this, in which Pakhomov's early color illustrations aroused great interest. After that, he decides to use the color again in the illustration, returns to some of his own techniques developed in the 1920s. As a result, books with color illustrations come out - L. N. Tolstoy's «Lipunius» (colored pencil), «Grandmother, granddaughter and hen» (watercolor) and others.

Known paintings and graphic portraits of A. F. Pakhomov, executed in different years by Leningrad artists, including Pen Varlen (1963).

Alexey Fedorovich Pakhomov died on April 14, 1973. He was buried in Leningrad at the Theological Cemetery. 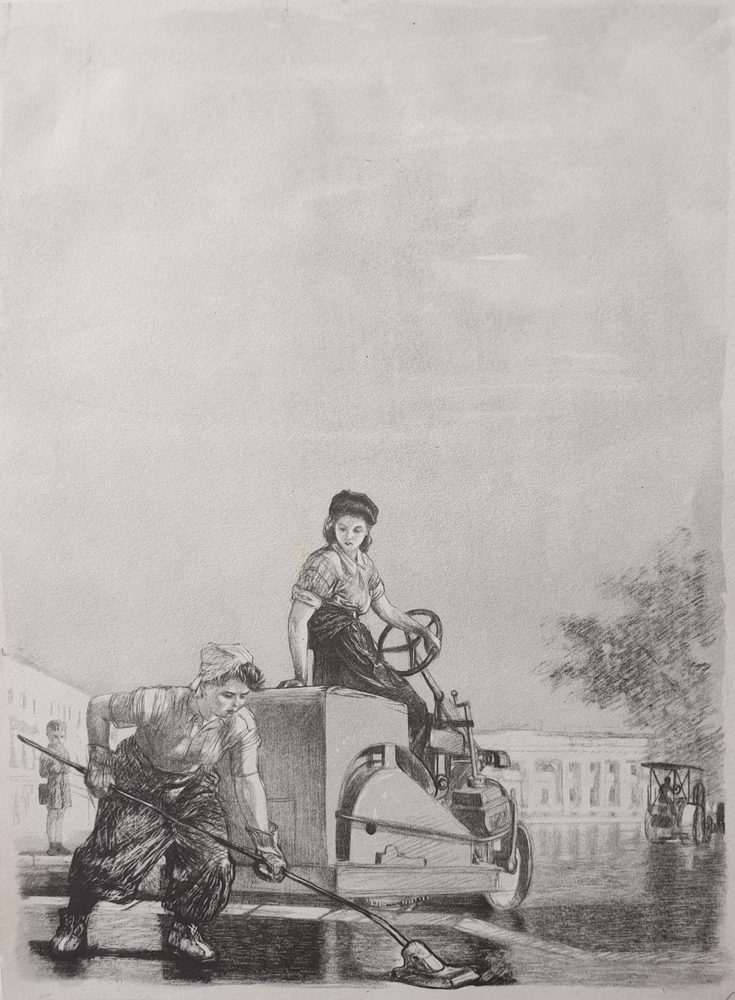 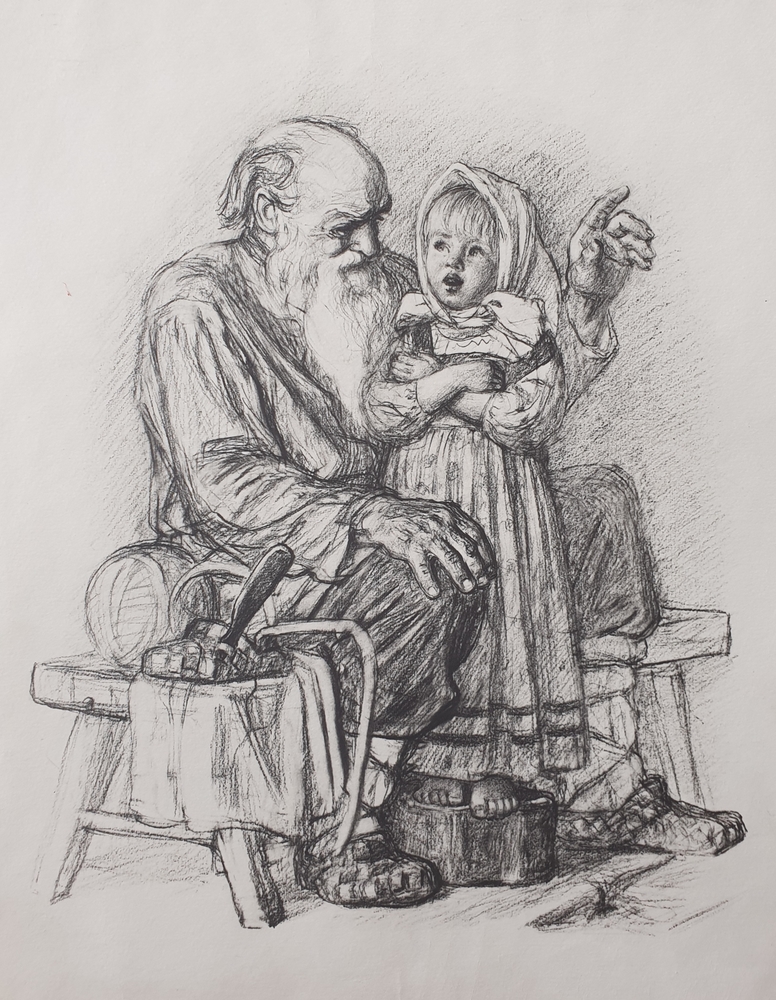 lot 54. Figure from the book of A.N. Tolstoy «For the little ones» 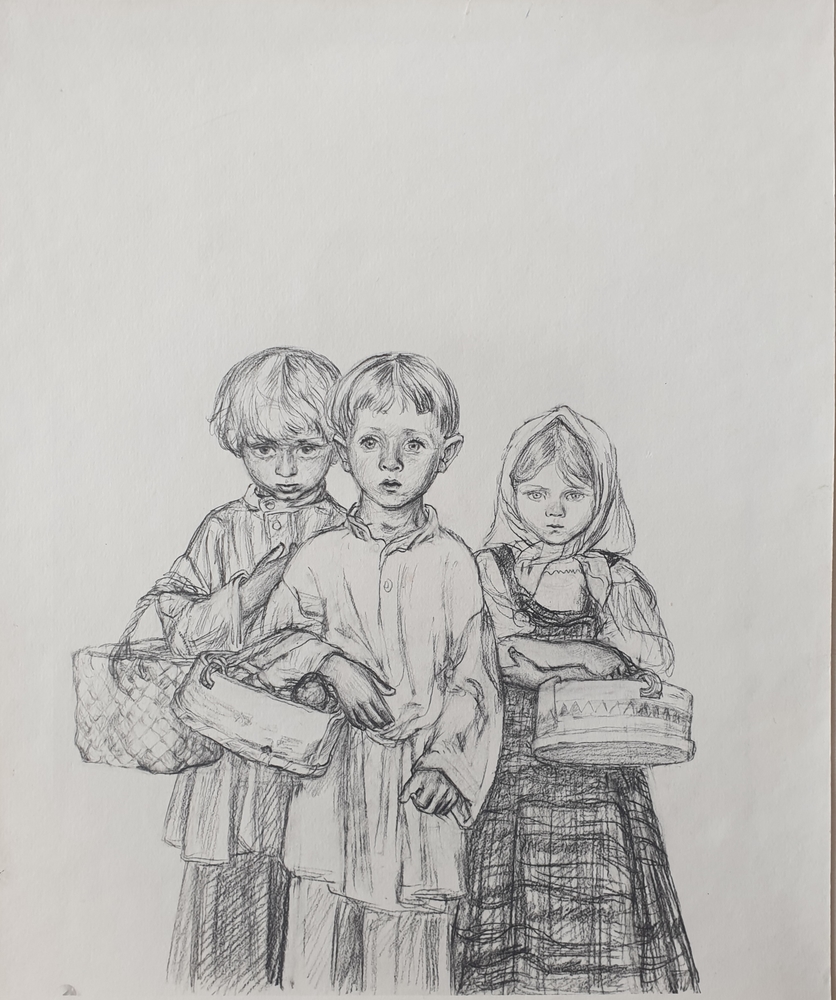 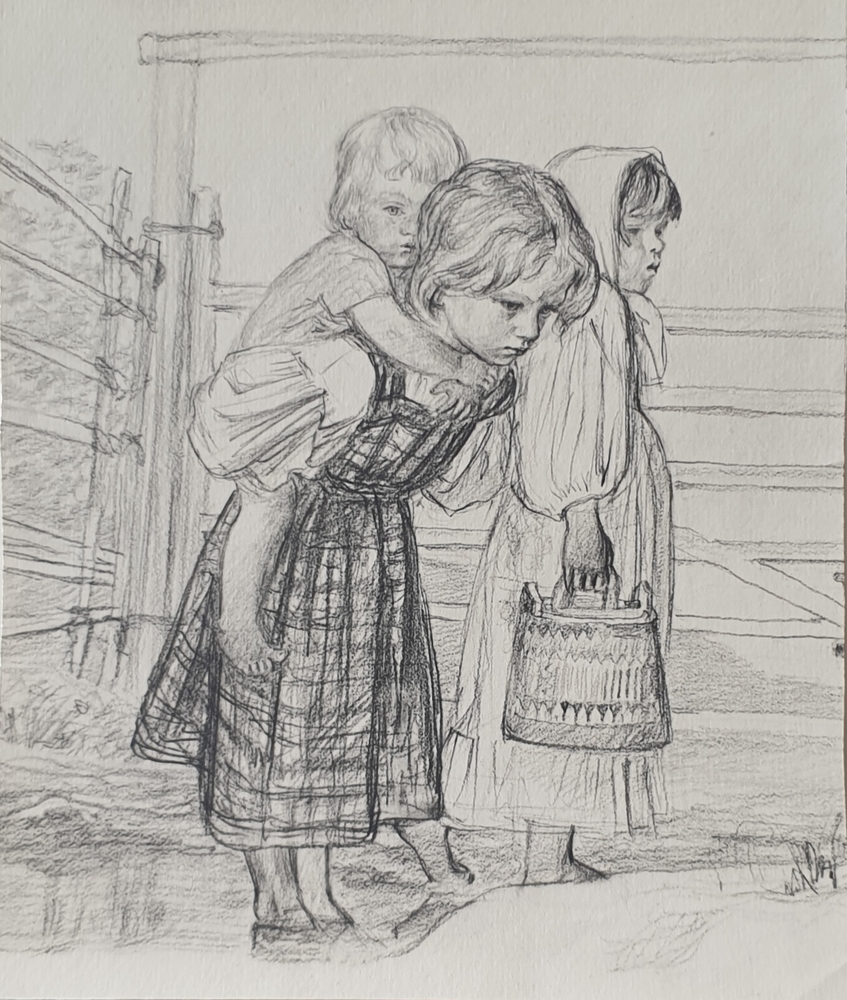 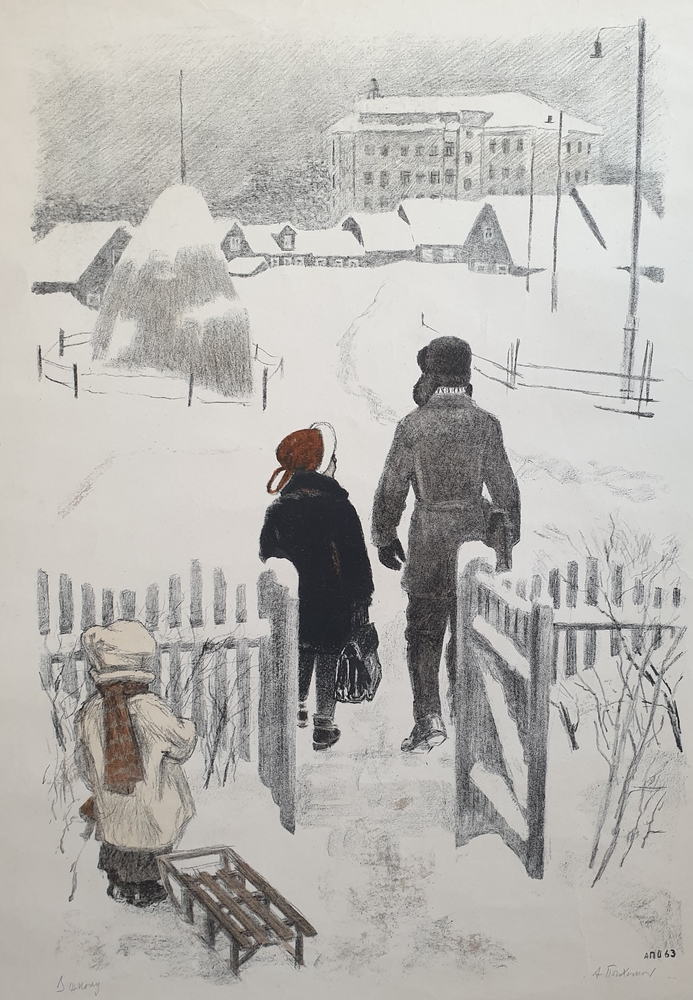 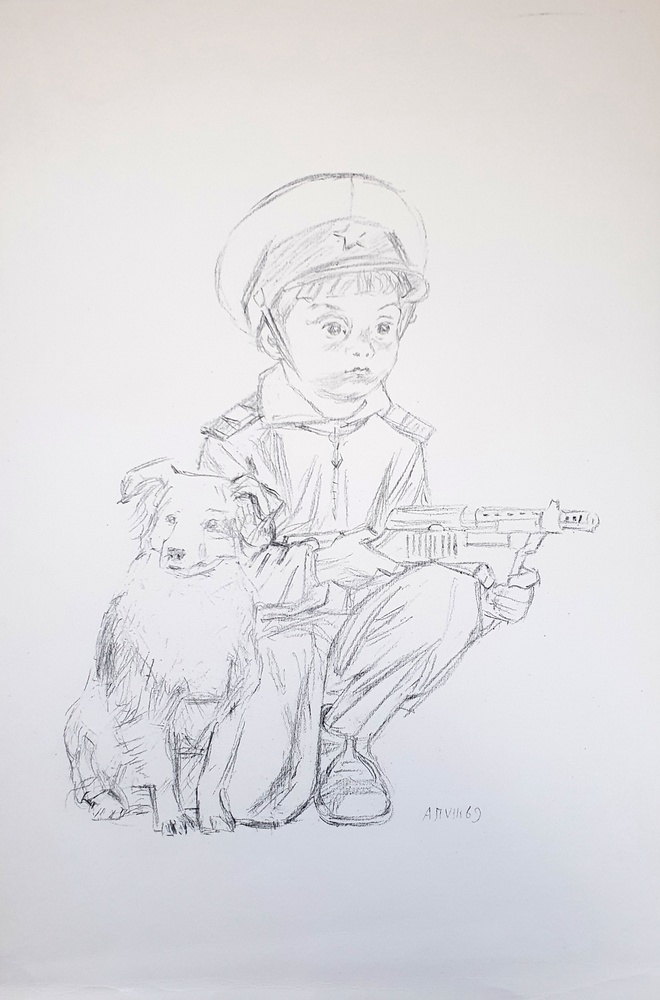 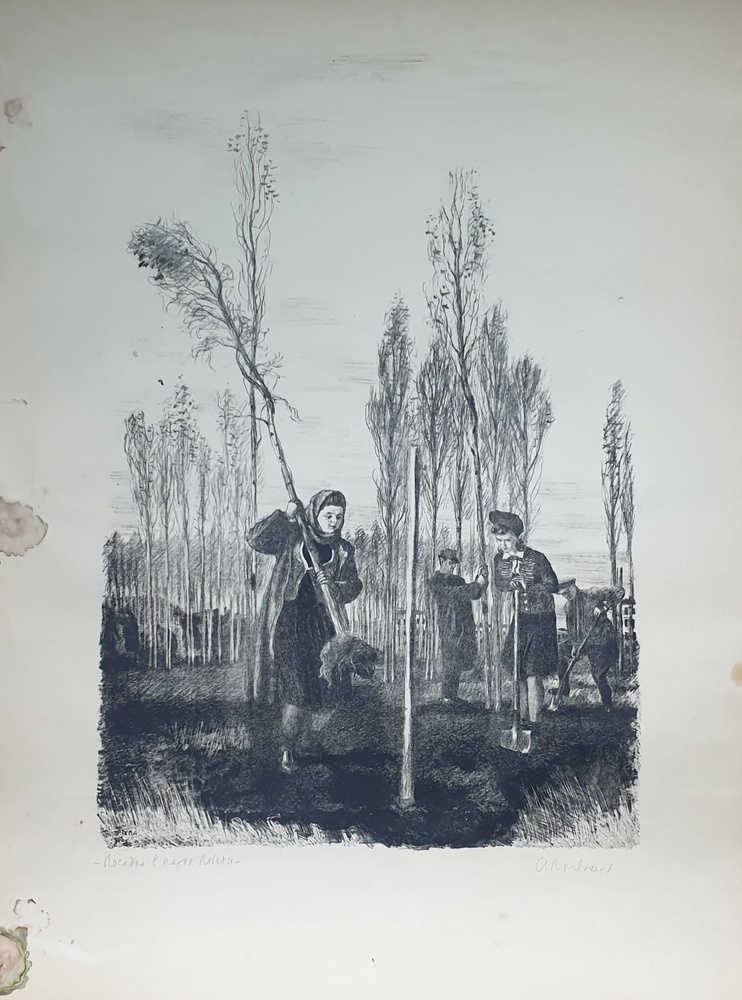 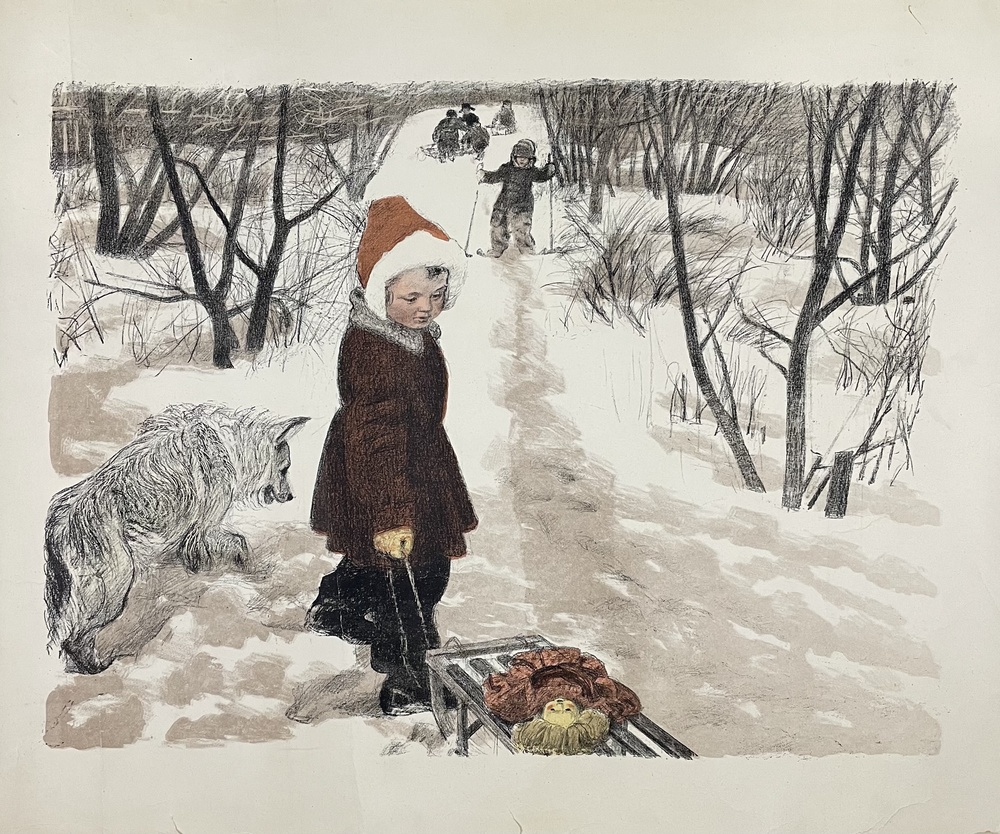 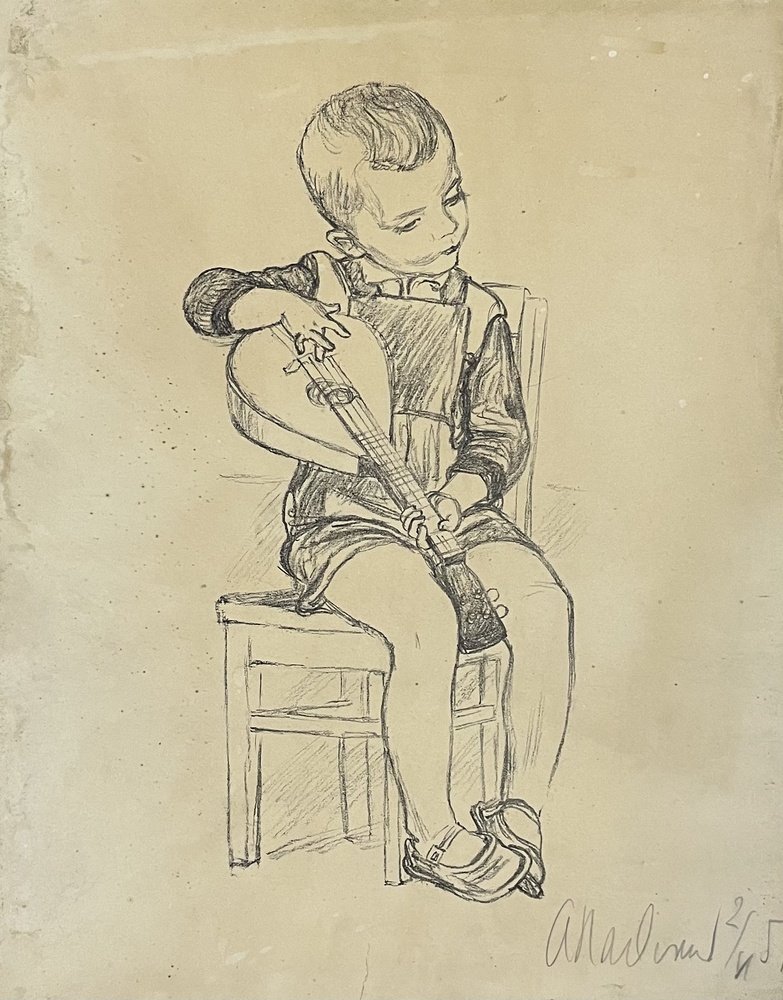