The sense of creativity as D.S. Kondartyev considered, consists «in ability to represent two identical stools so that it was clear on what of them the person in love and on what stood sentenced to hanging sat».

Dmitry Sergeyevich Kondratyev was born in Siberia, in big country family. As well as many of its generation left on the front in 1944, at the age of 16 years. After demobilization behind shoulders there was no finished education. It had to combine occupations at school with work of the artist in theater. Then the choice of a further way is defined.

Kondratyev gets the first professional education in the Kazan art school where then pupils of the St. Petersburg Academy of Arts among whom there is a famous Russian artist Nikolay Ivanovich Feshin taught. After school Kondratyev enters the Moscow printing institute. At this time, in the late sixties, at institute Andrey Dmitrievich Goncharov whose authority definitely influenced formation of the young man teaches the known schedule. In 1973 Kondratyev successfully graduated from the institute, having been entitled the graphic artist. During the same period also its main creative method is formed. The artist carries out the second half of the life in Veliky Novgorod. He takes active part in art life of the city, becomes the member of the Union of artists of the USSR, the participant of regional, zone, Republican and All-Union exhibitions.

The retrospective view of D.S. Kondratyev's pictures convinces that pronounced evolution in his creativity was not. In spite of the fact that the artist, all the adult life did not think of himself out of art, was engaged in it from a school bench and had professional base behind the back, fully it entered art at mature forty-year age. It was already created personality with rich life experience. Therefore at once both the figurative structure of works, and a creative method, and the choice of means of art expressiveness was defined. The integrity of the master also consists in it.

As the schedule Kondratyev is engaged in an illustration and creates interesting easel works, addressing different technicians, but painting was a subject of his special attachment. The few critics ever writing about Dmitry Sergeyevich steadily noted absolute recognition of his works.

Since a format of canvases – the artist is drawn towards a square form, one of the most difficult for composition. In it the big sense is concluded: the form of a square is counterbalanced and finished, and in this completeness – special perception represented as eternal, timeless. In Kondratyev's landscapes – prospect in habitual understanding as linear or air, is absent; still lifes not production - the artist is always able to bring a detail which enriches their sense; in portraits - images are considerable and are most often tragic. But Kondratyev gave preference to a picture which it is only conditionally possible to call genre. It is rather possible to call his pictures on their deep sounding parables. The metaphoricalness of pictorial works does not raise doubts, the world of its images is difficult and can be not always solved up to the end. Dmitry Sergeyevich Kondratyev's pictures give esthetic pleasure, they are deep according to contents, force to think, empathize, sometimes «to solve», but always remain interesting, concerning and attractive. 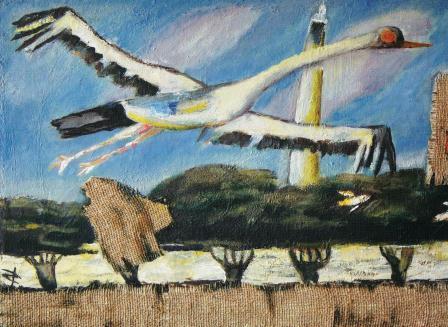 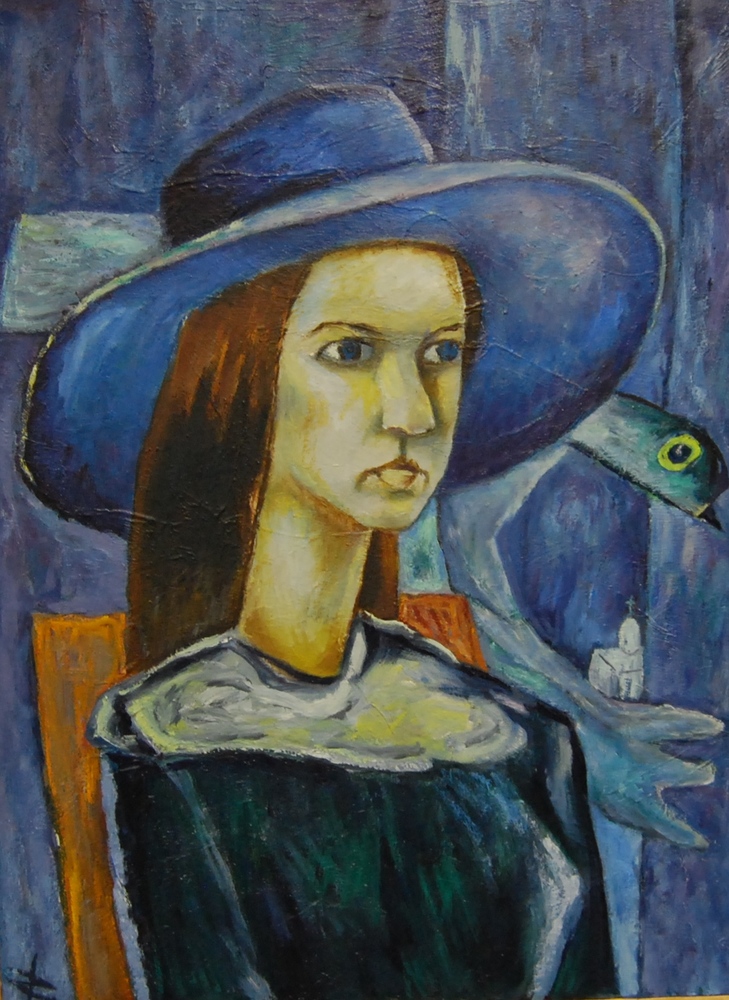 «Woman in a blue hat» 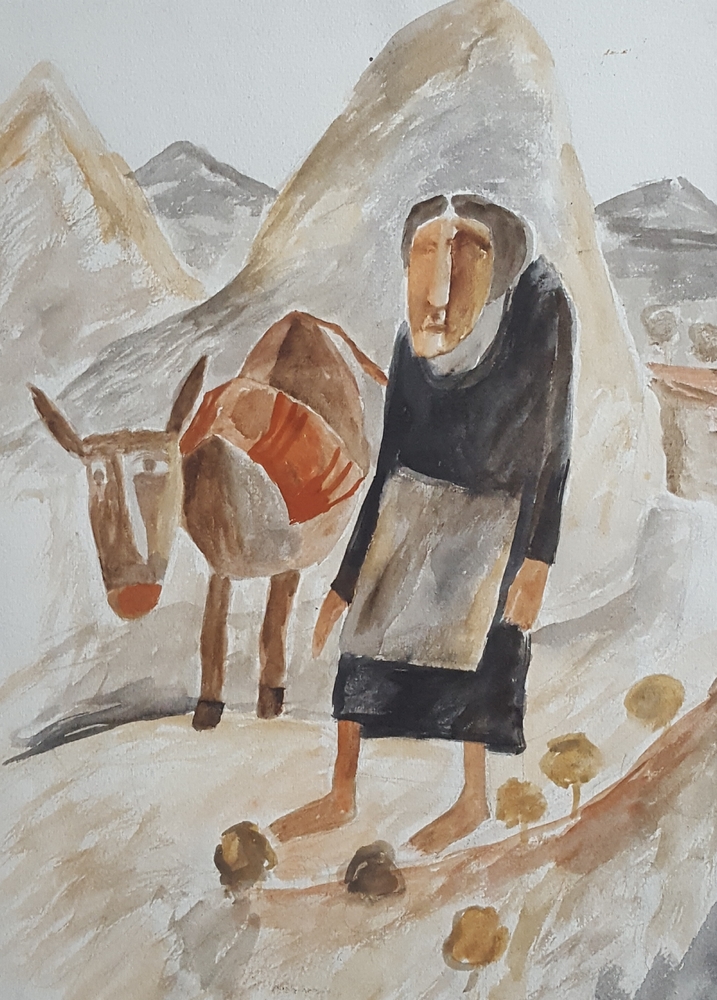 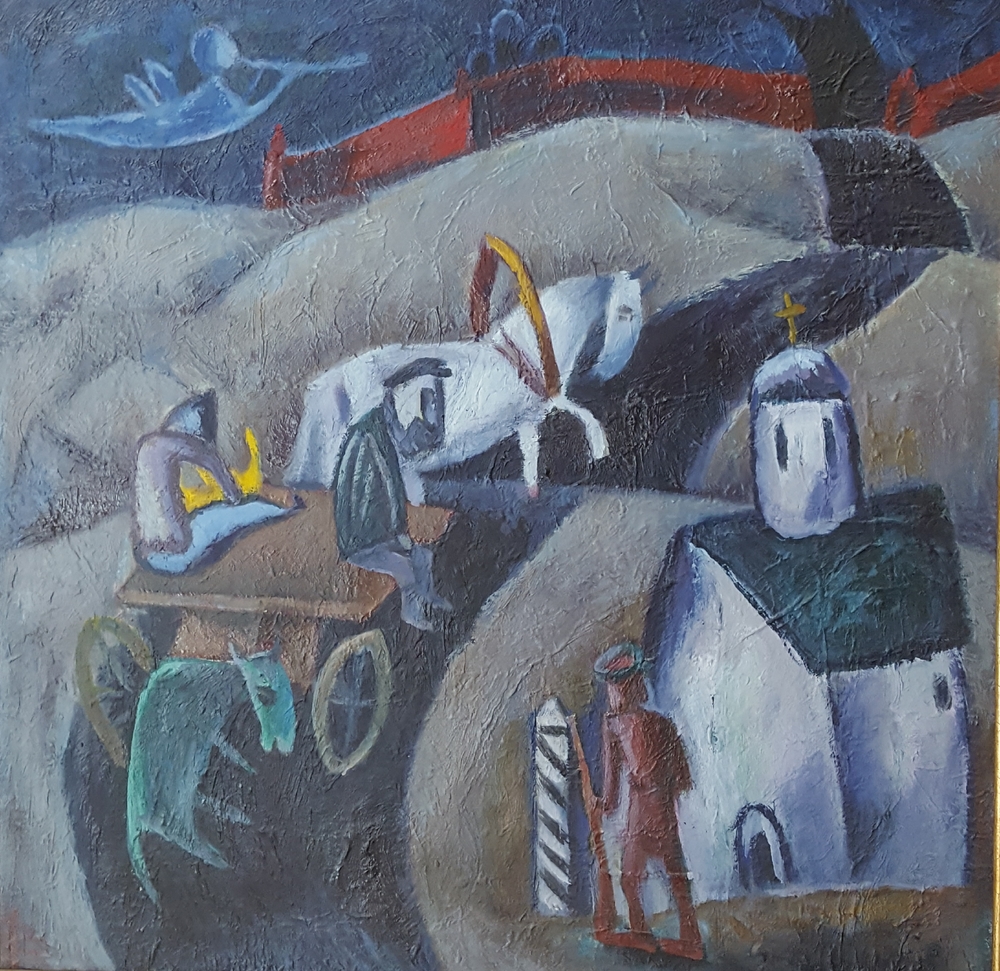 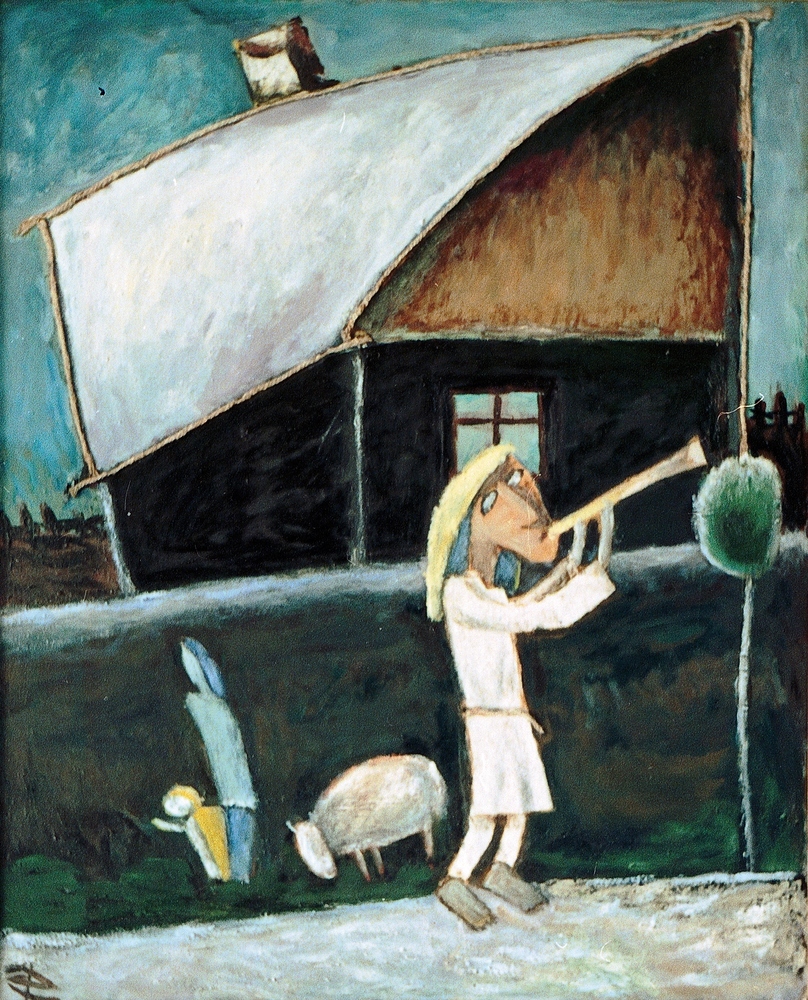 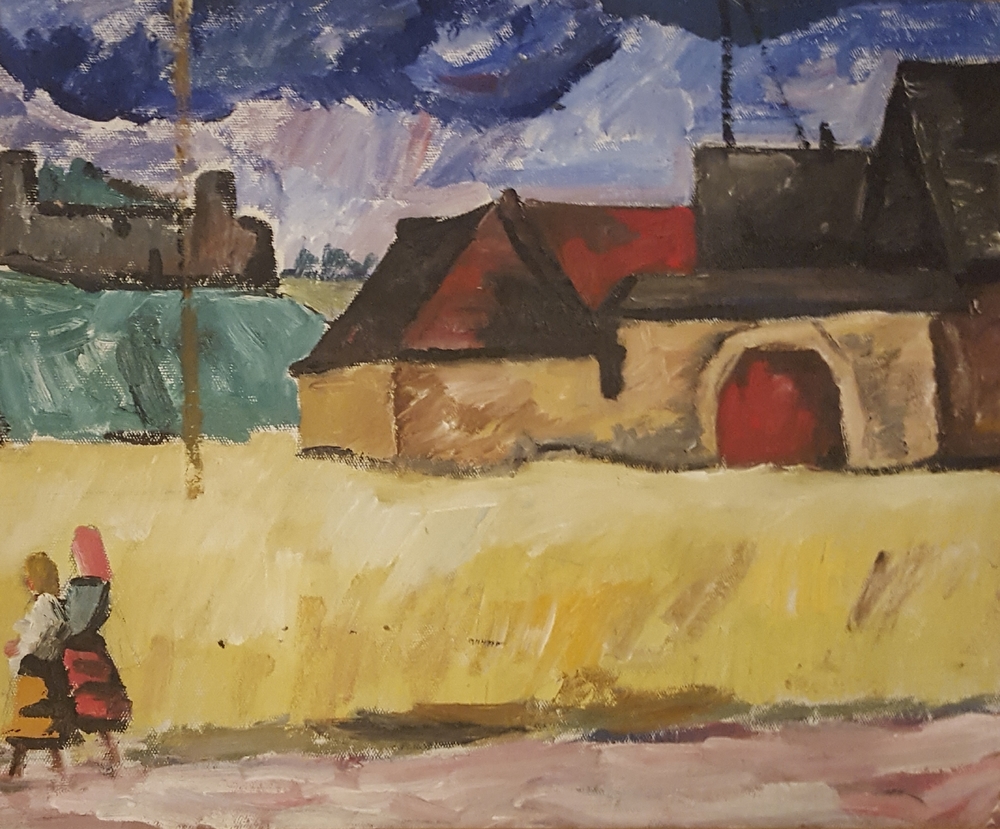 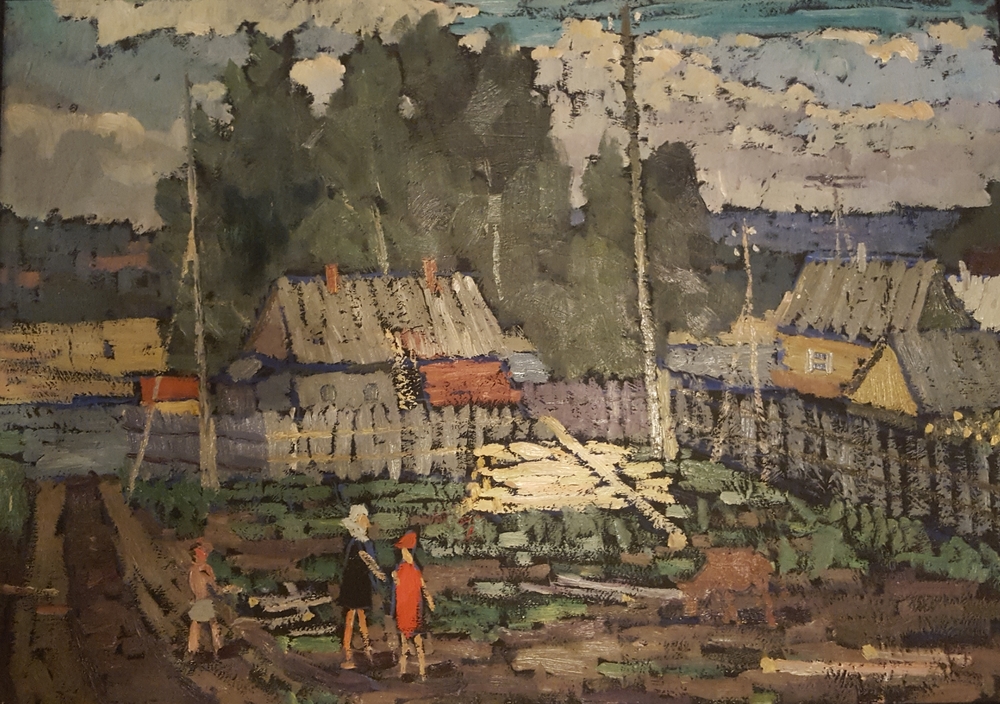 «The village in Zhiguli. (Late spring)» 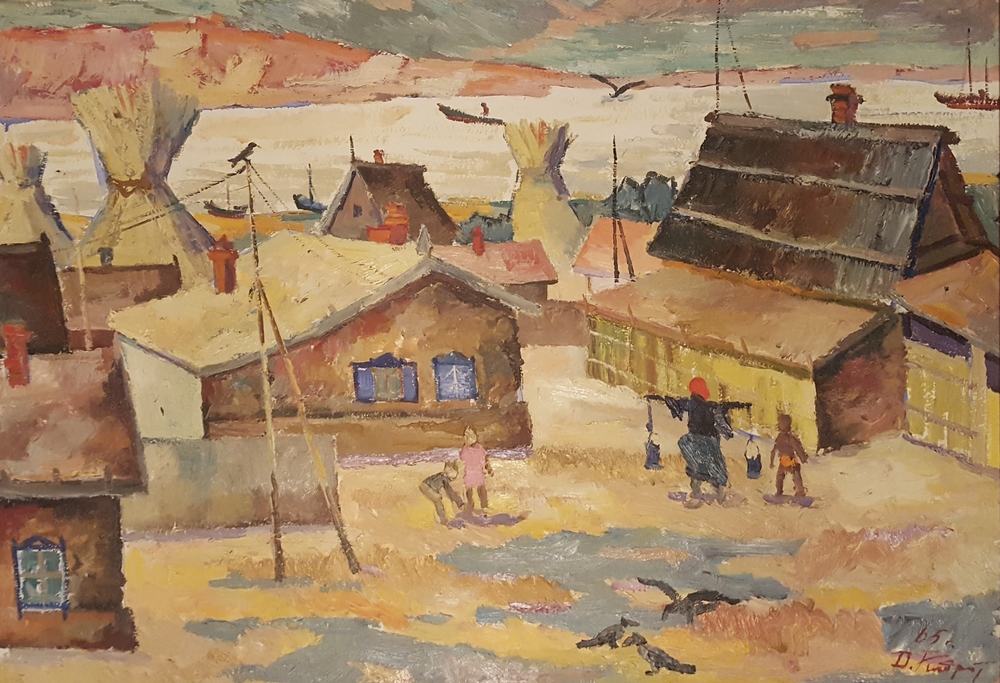 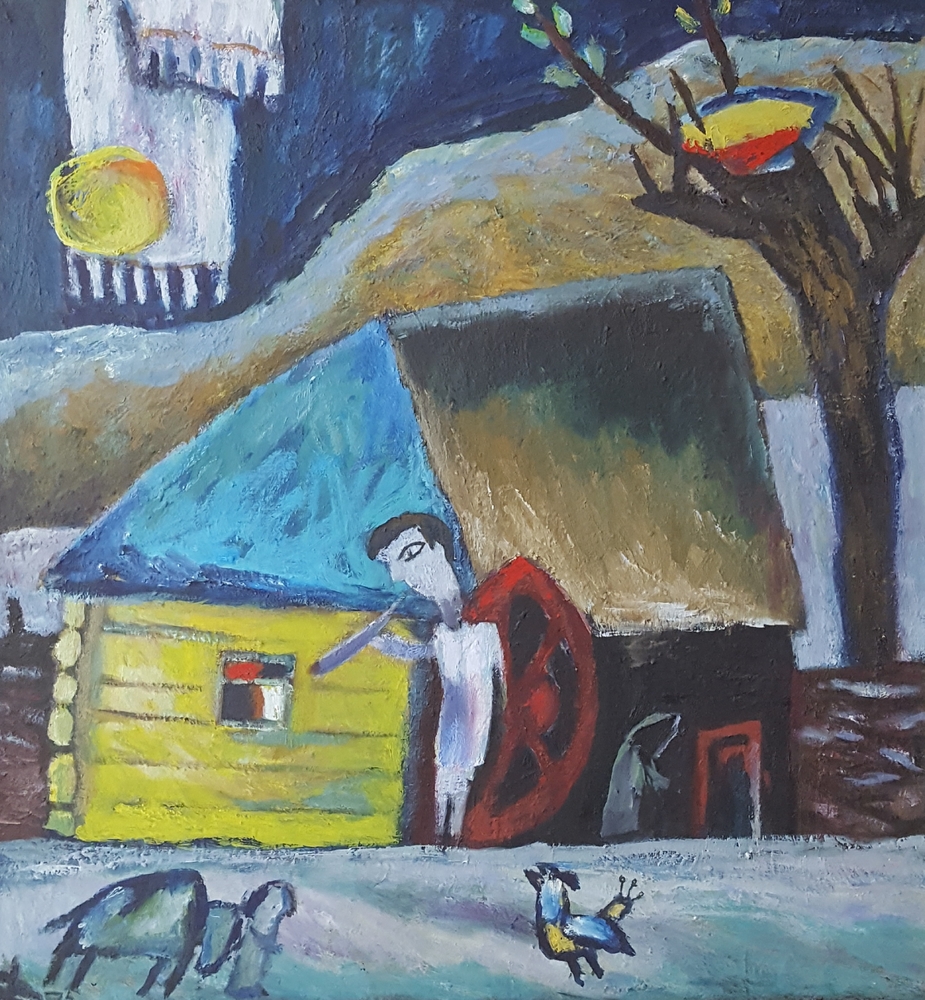 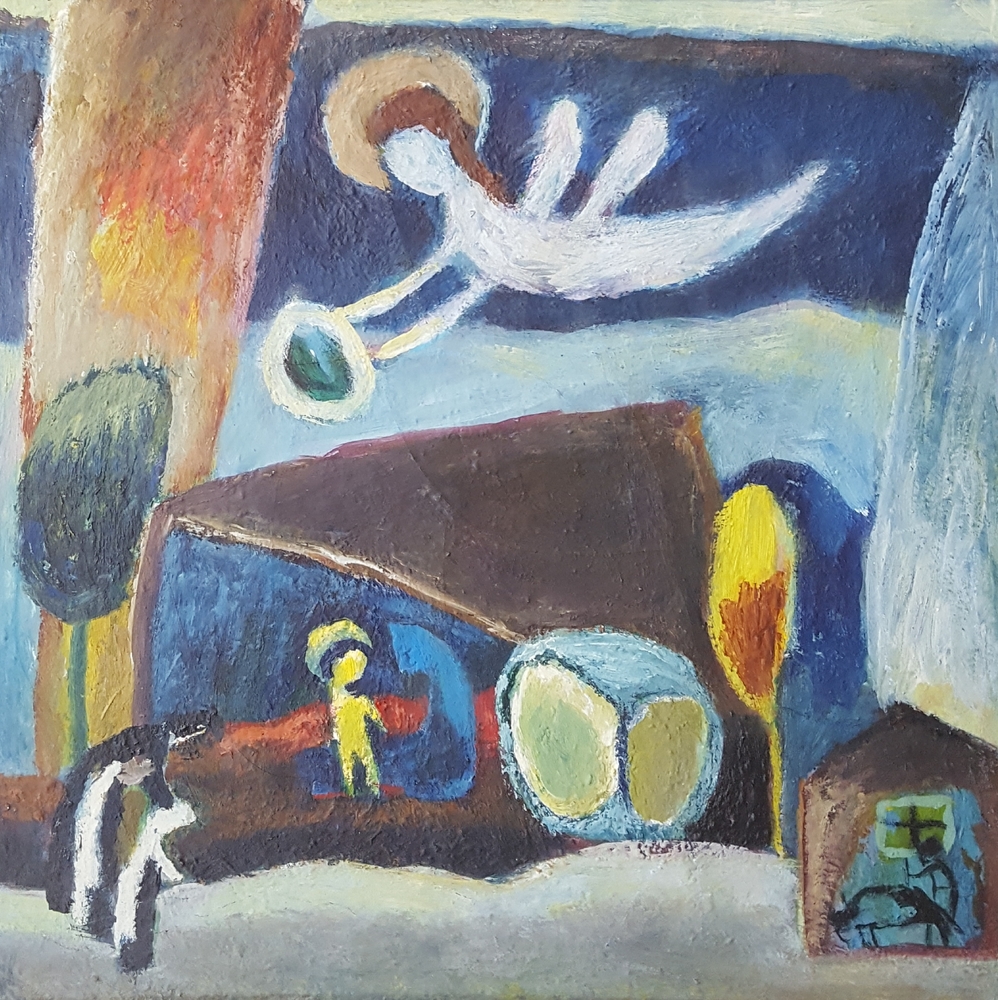 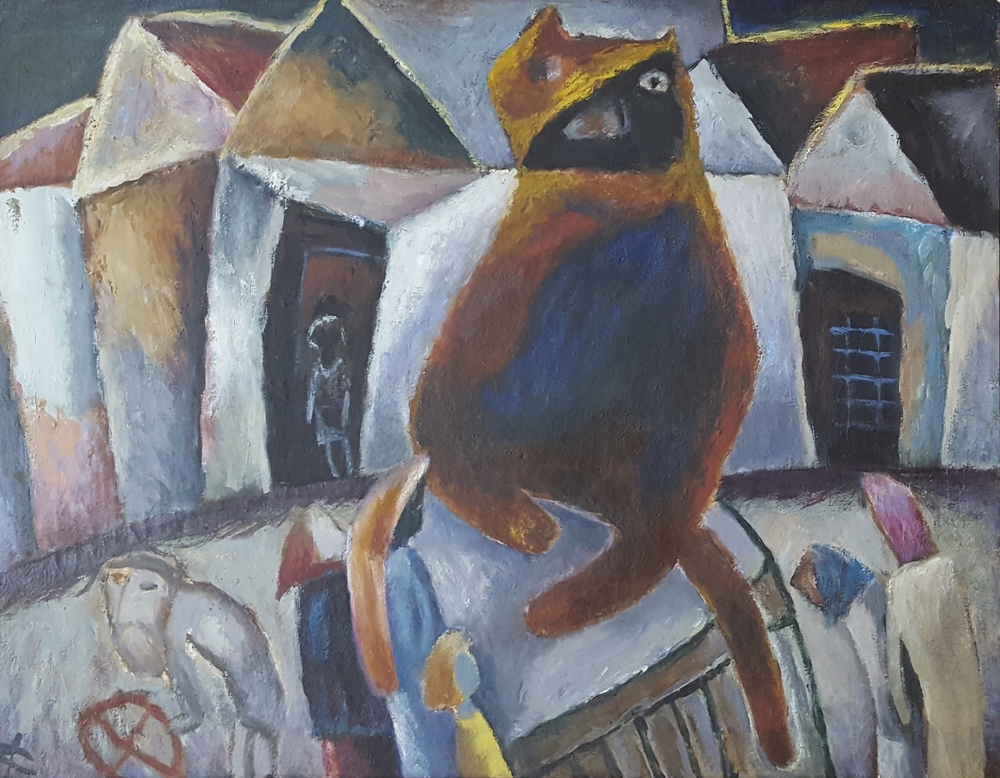 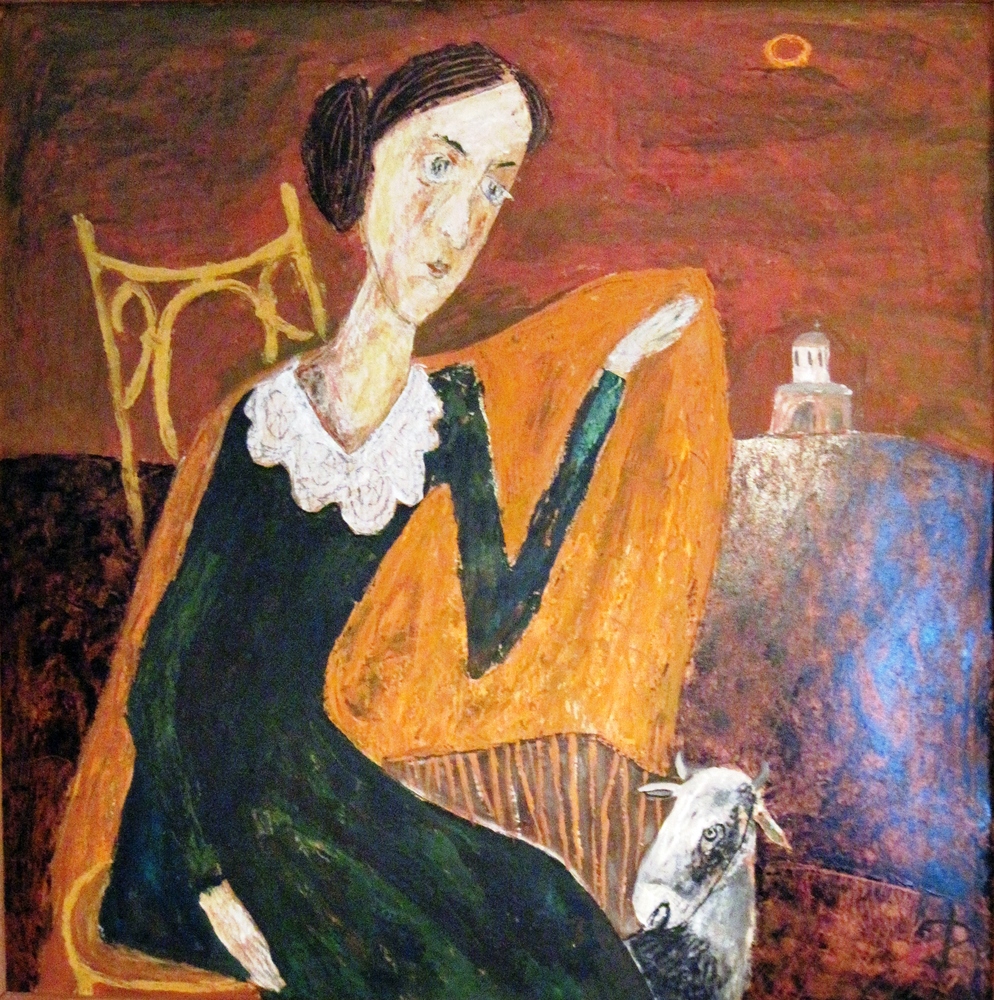 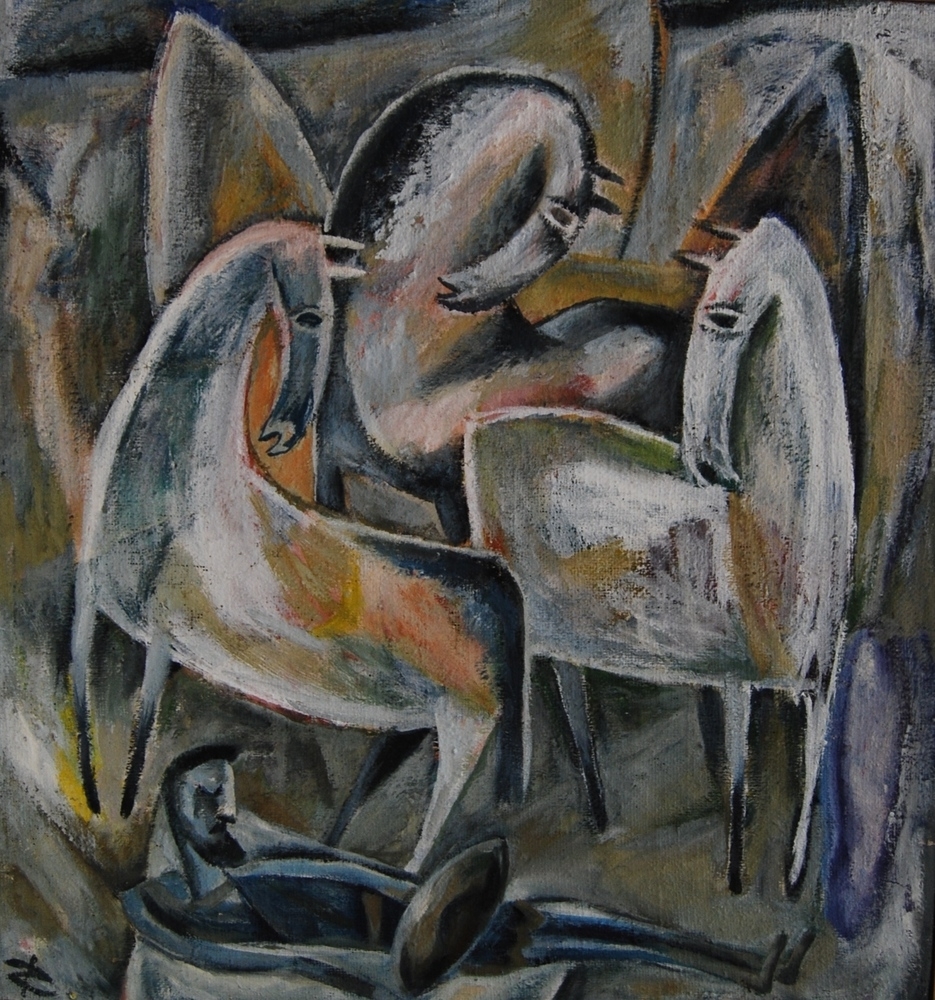 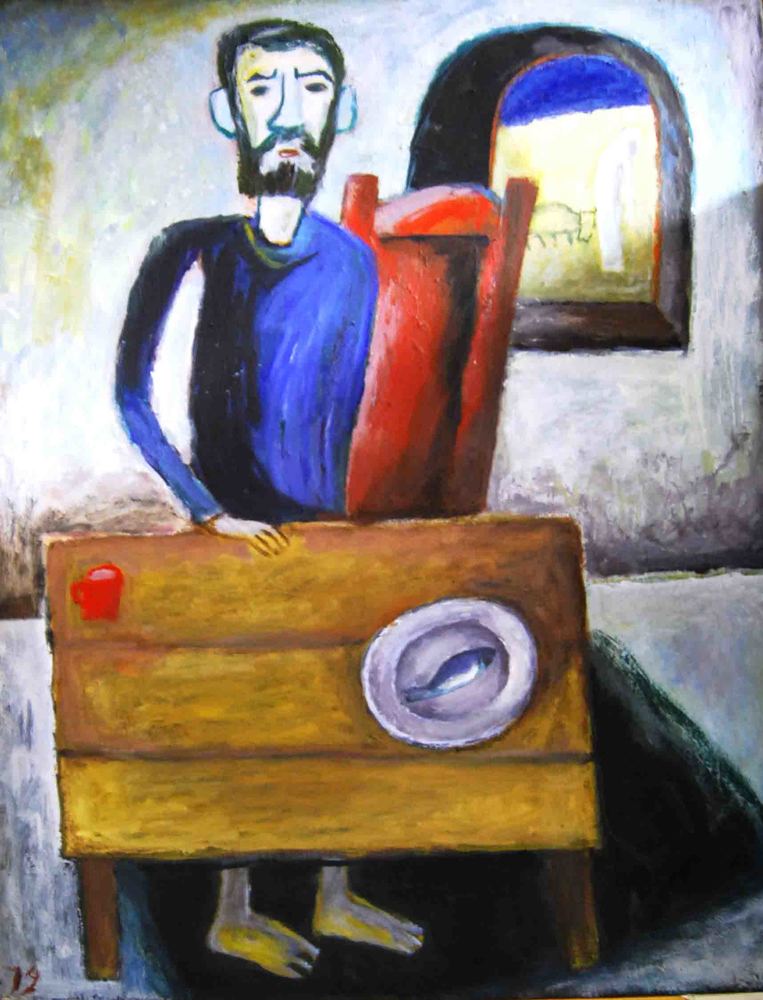 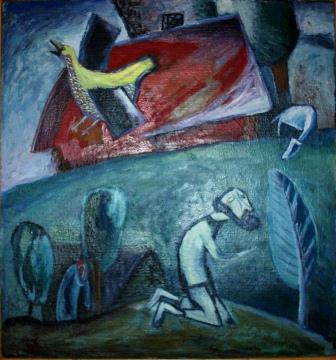 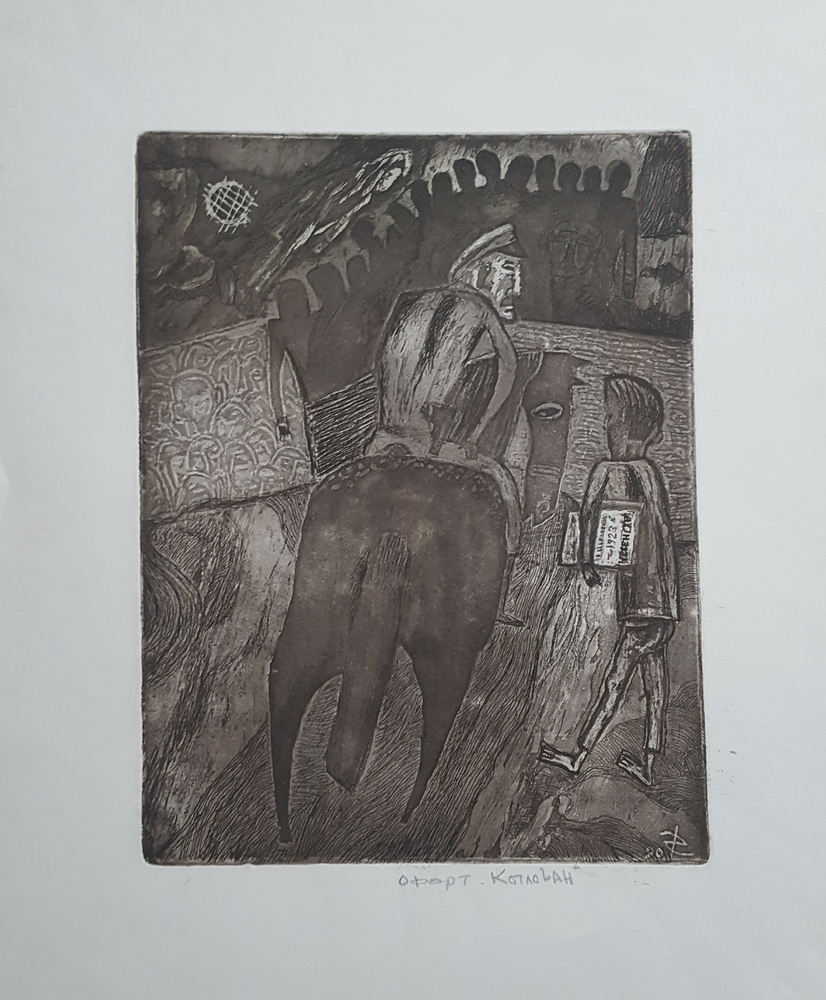 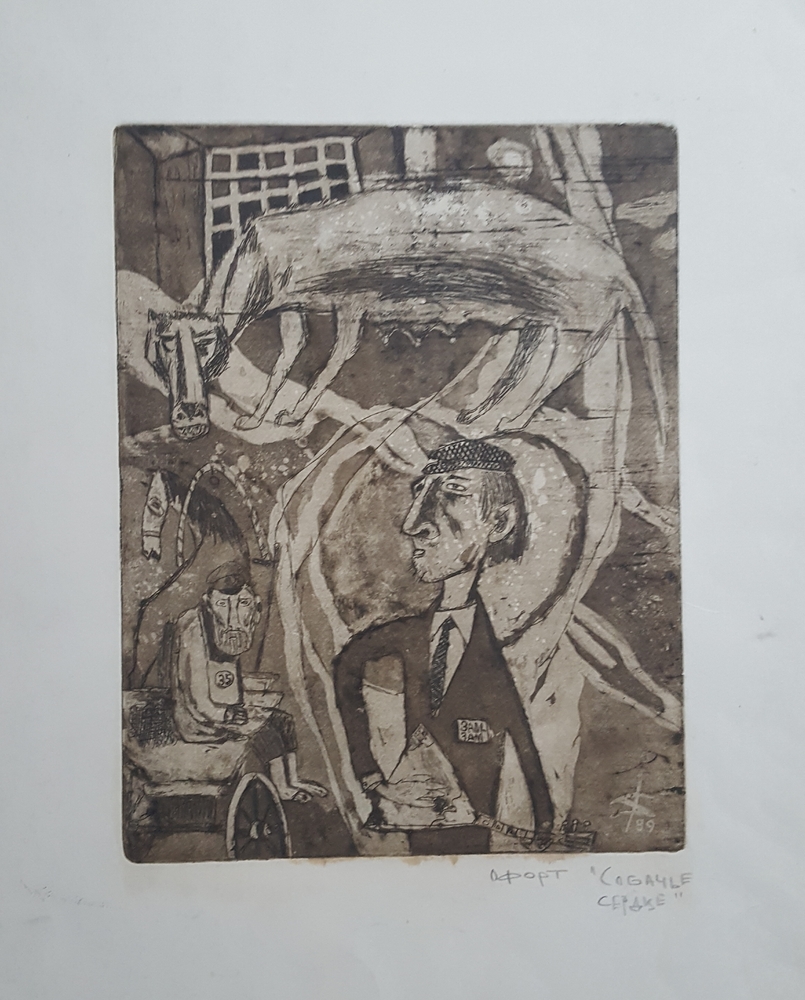 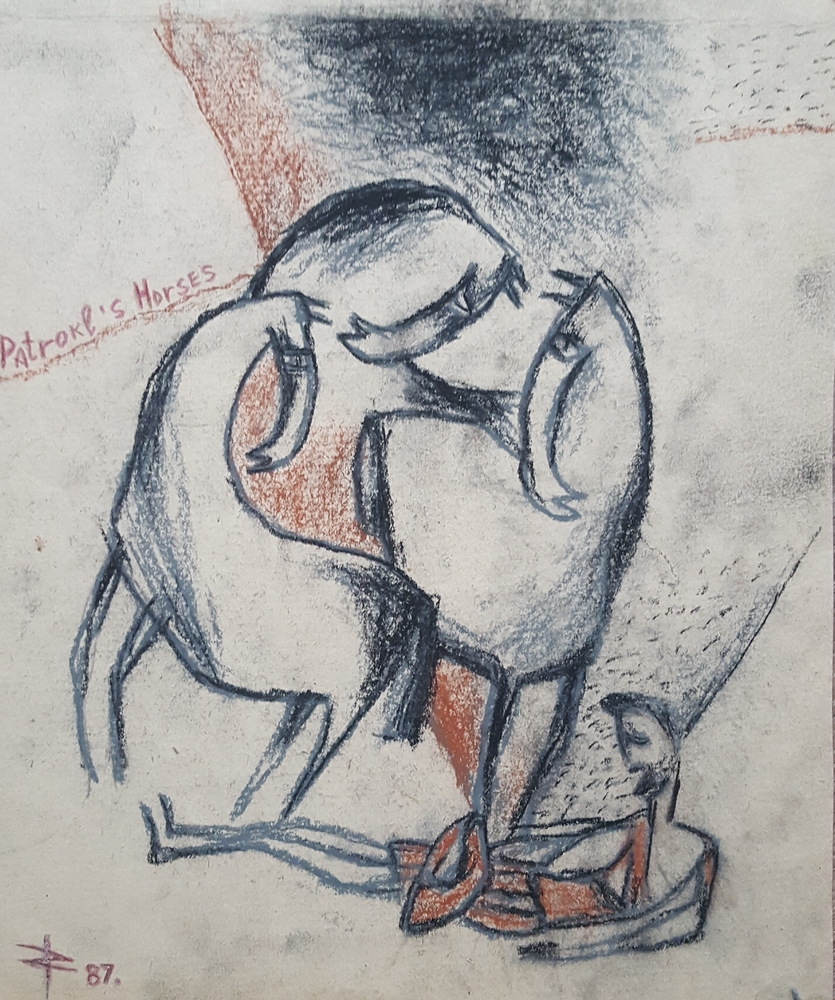 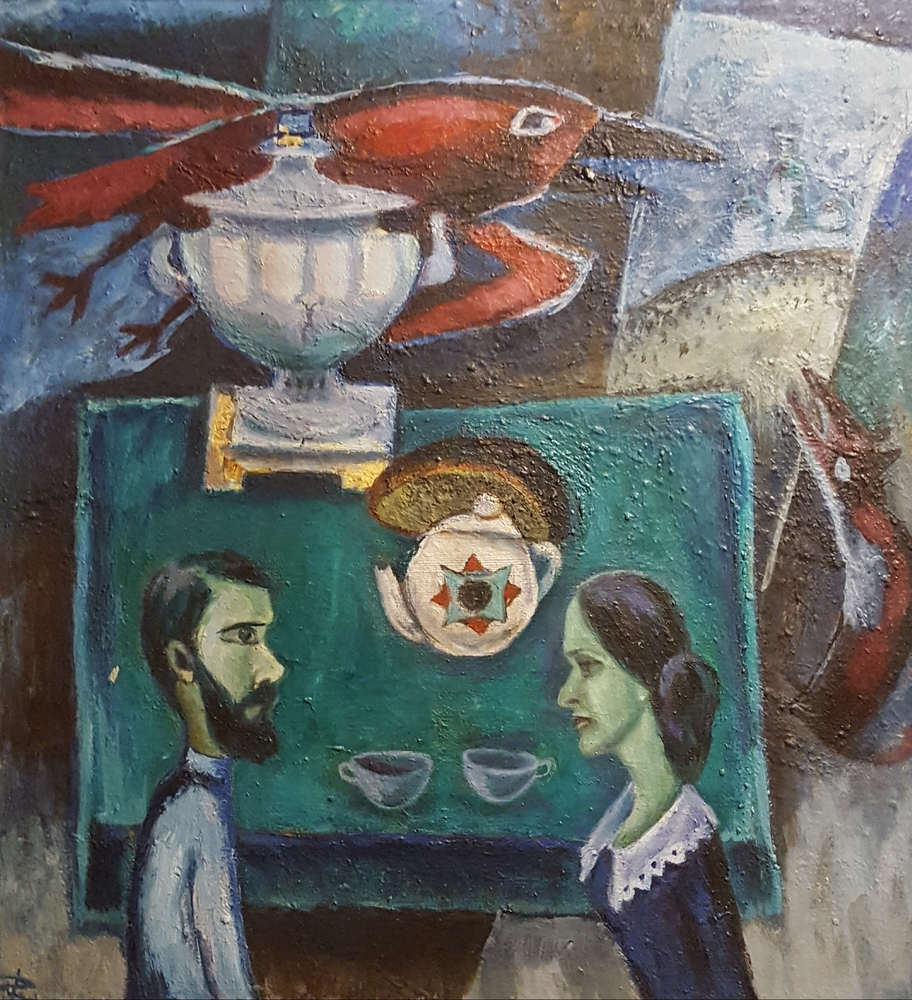 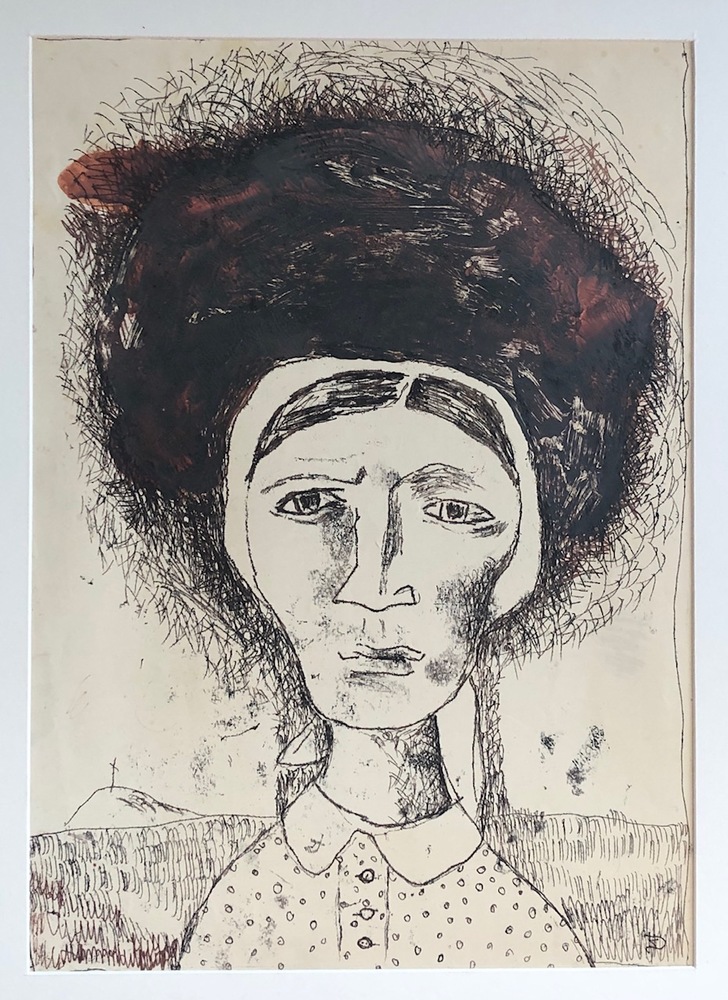 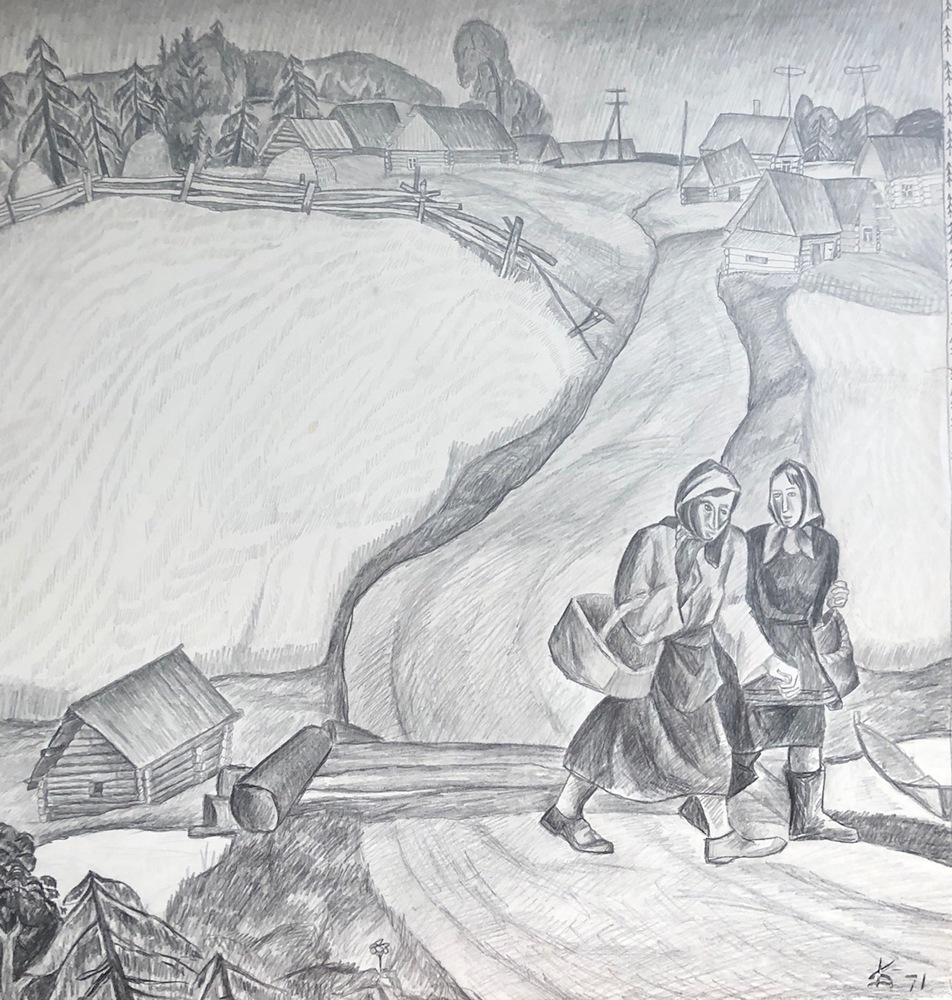 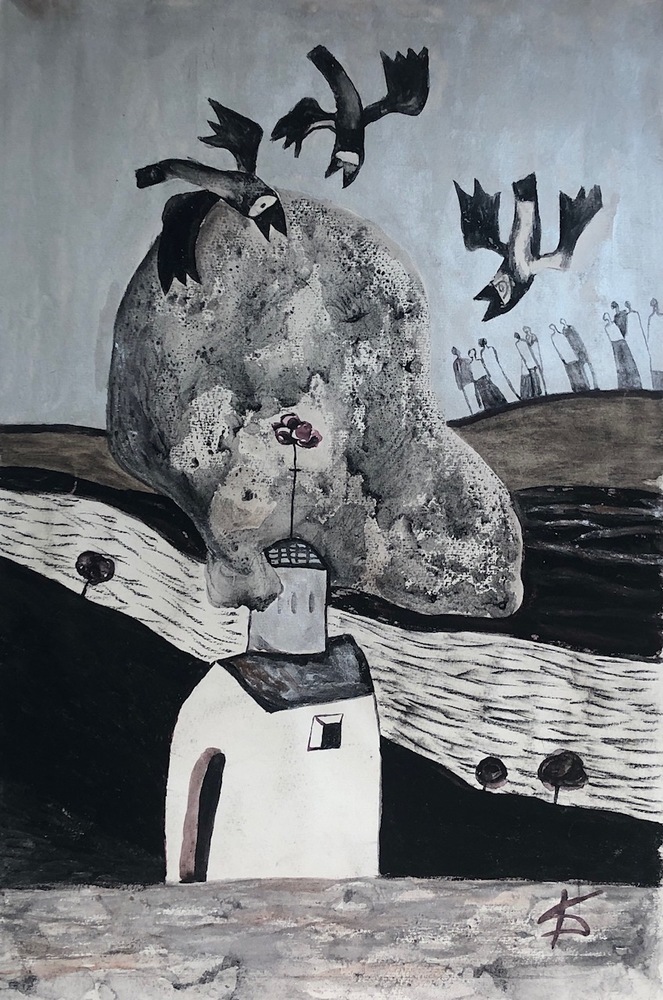