The research museum will present the material covering the period of the end of the 1940th – the 1950th years: works of painting by graduates of two largest art higher educational institutions - the Leningrad institute of painting, a sculpture and architecture of I.E. Repin and the Moscow art institute of V.I. Surikov. These years at Institute of I.E. Repin R.R. Frents, V.M. Oreshnikov, B.V. Ioganson, M.I. Avilov taught and directed workshops. The subject educational and theses is various: portraits and subject compositions affect all aspects of life of the generation which has endured the Great Patriotic War: education of children, their training; work and rest, simple human pleasures have found reflection in M.L. Rudnitskaya, P.G. Kiparisov, L.V. Gudskov, B.M. Lavrenko, N.L. Veselova, F.A. Aminov's pictures, L. V. Kabacheka, V.F. Zagoneka, N.P. Medovikova. The list of artists is multinational — the painters who were born in Baku, Fergana, Odessa, Kazan, Gorky, Vitebsk came to Leningrad or Moscow to get classical art education, to get acquainted with meetings of the great museums. Subsequently many of them devoted themselves not only creative, but also teaching activity. The highest skill of execution of picturesque cloths testifies to the level of art education and to continuity of the traditions characteristic of the Soviet school of the 1950th years. Works as very famous masters, such as T.T. Salakhov, A.P. Levitin and V.F. Zagonek, and artists who have taken more modest place in art of the 20th century are presented at an exhibition.

The fund of realistic art of V.F. Pustarnakov will present works of the developed masters of St. Petersburg and Moscow, graduates of Academy of Arts among which – A.A. Plastov, V.A. Bazhenov, Yu.P. Kugach, E.E. Moiseenko, V.D. Bernadsky, I.M. Varichev, B.F. Fedorov, V.F. Zagonek and many others. Creativity of these masters has become history of the fine arts long ago and is continuation of the traditions which are saved up not by one generation of the Russian painters. The audience will be able to get acquainted as with the first serious pictures of outstanding artists, and with later works which have become pride of our art culture.

After the Research museum at the Russian Academy of Arts, fall of 2018, the exhibition will be shown in exhibition space of the Center of Heydar Aliyev in Baku where it will be dated for 90-year anniversary of T.T. Salakhov. The exposition will be complemented with works by the Azerbaijani artists from a collection of Fund of Heydar Aliyev. Works of the presented artists are penetrated by an esthetics of the middle of the XX century, and it is possible to speak about the creation of the whole school, the direction which have found the followers.
At the beginning of 2019 the exhibition will be seen by the Moscow audience in halls of the Russian Academy of Arts in Moscow
The exhibition offered the viewer helps to look more deeply at the past and to estimate the highest skill of the artists working in the fifties, to track the general tendencies and differences of art schools of Moscow and Leningrad of that time. Especially It should be noted the international list of the presented artists, and that fact that this project will take place in three cities: St. Petersburg, Moscow and Baku and, thereby, certainly, will not only popularize achievements of the Russian culture, but also to promote strengthening of the international cultural ties. 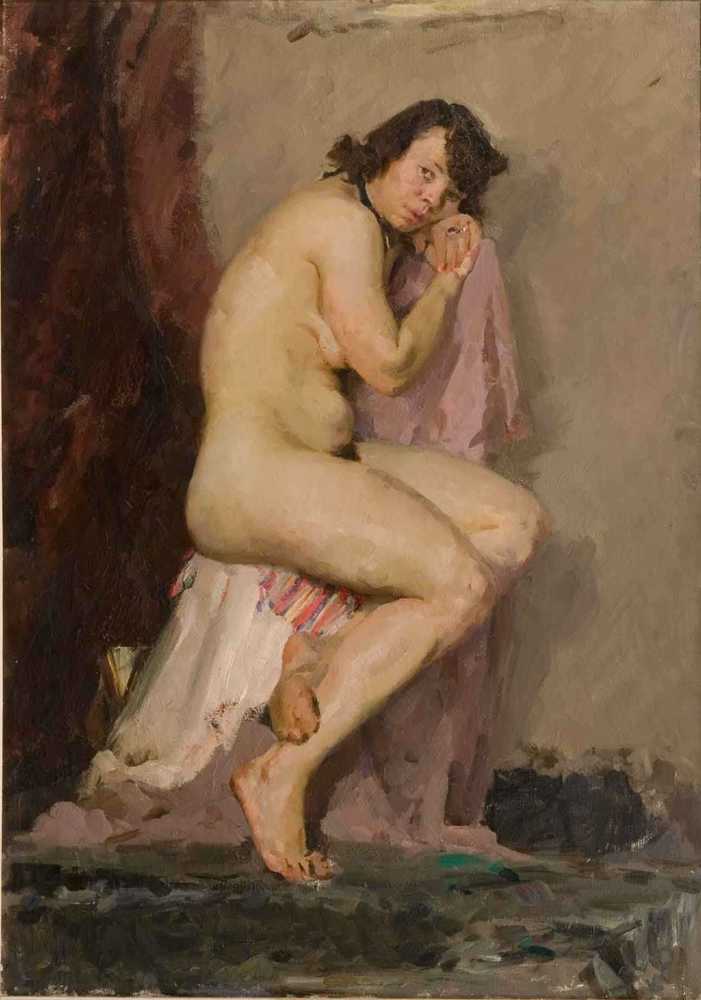 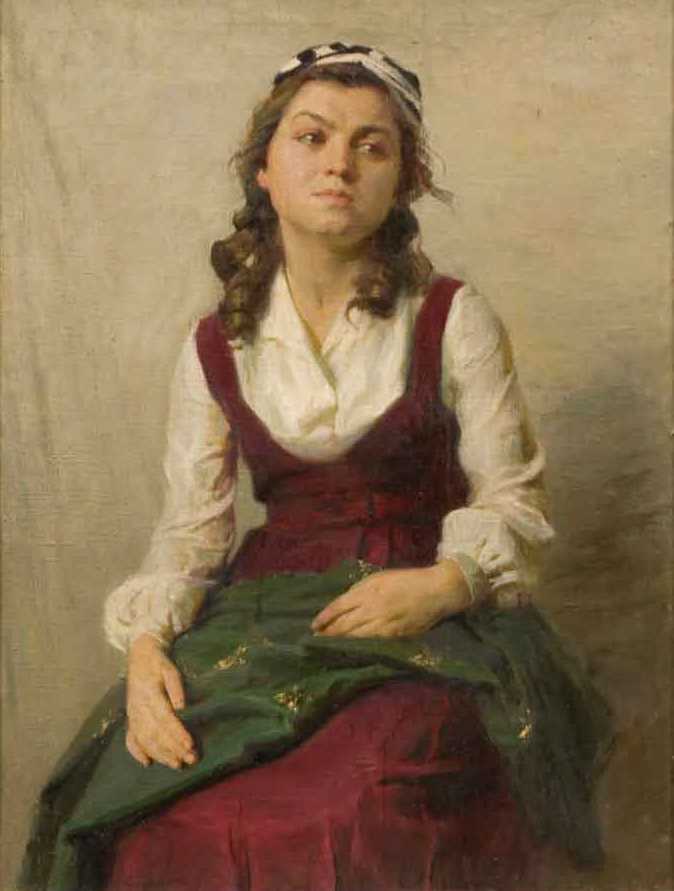 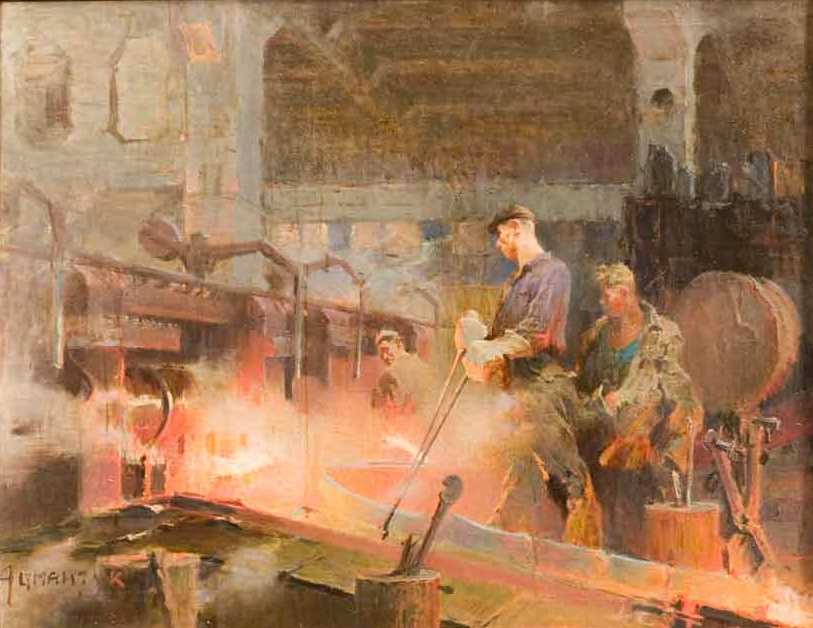 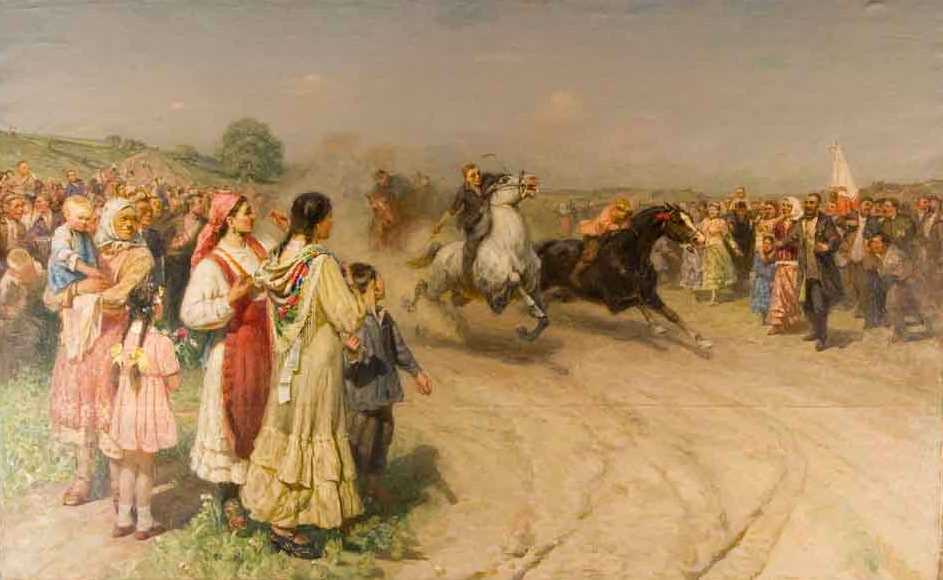 «The Tatar holiday of a harvest - Sabantuy» 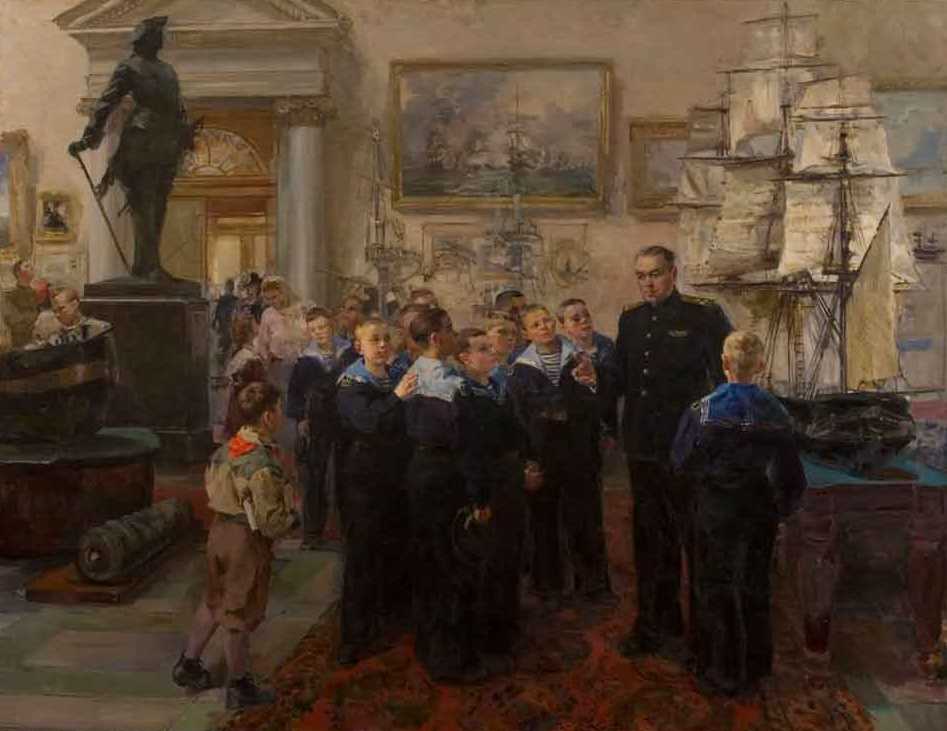 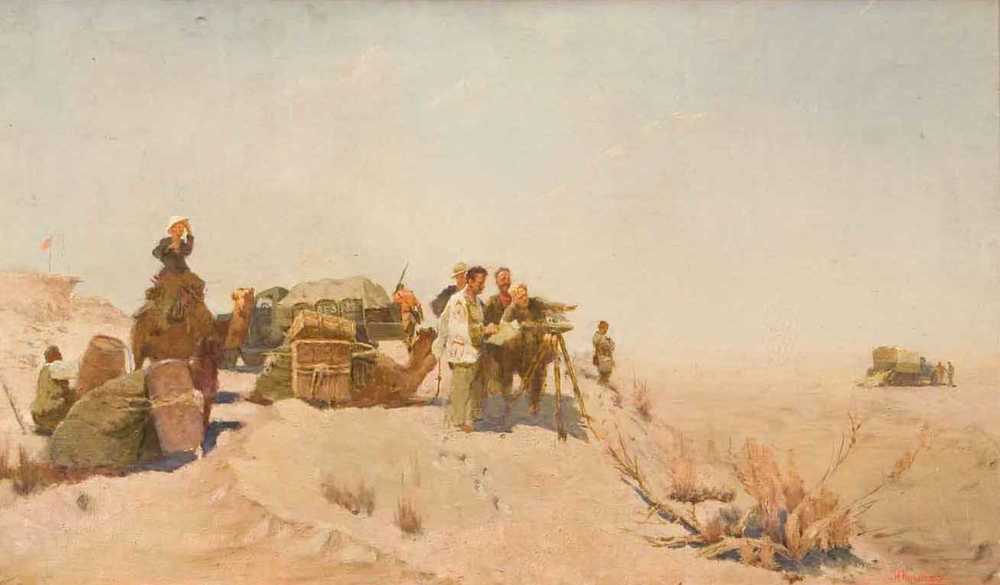 «On the highway of the Turkmen Canal» 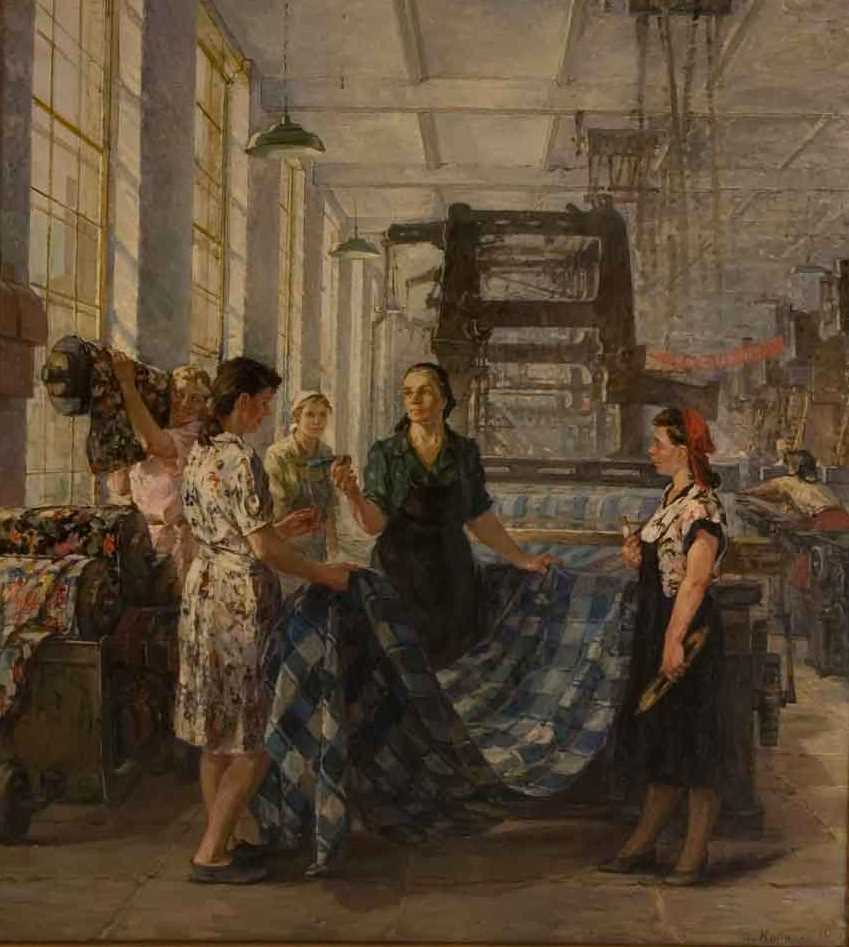 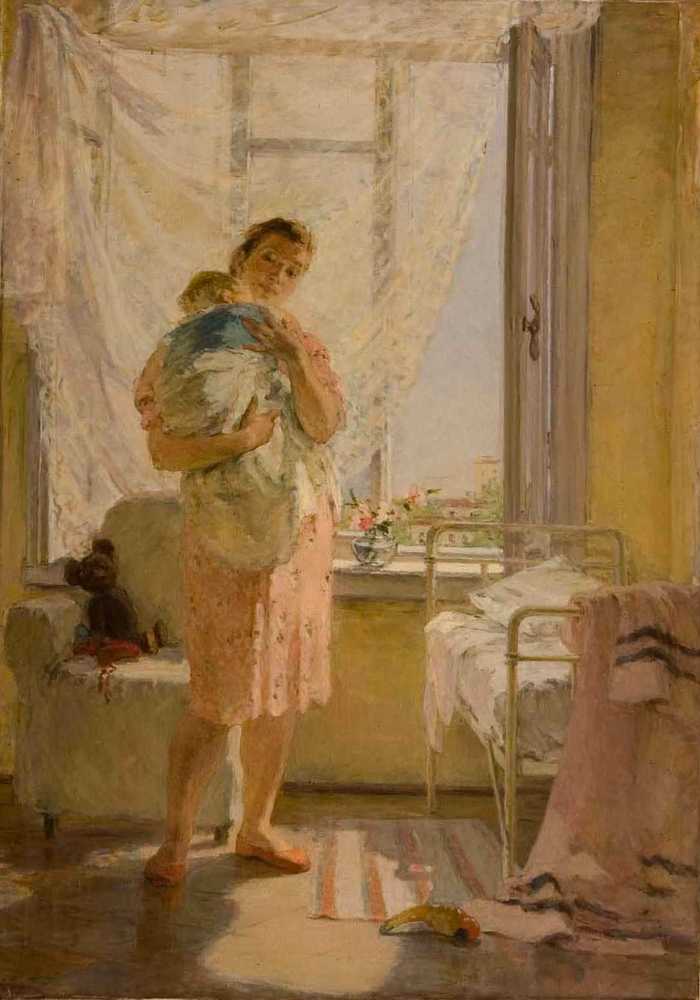 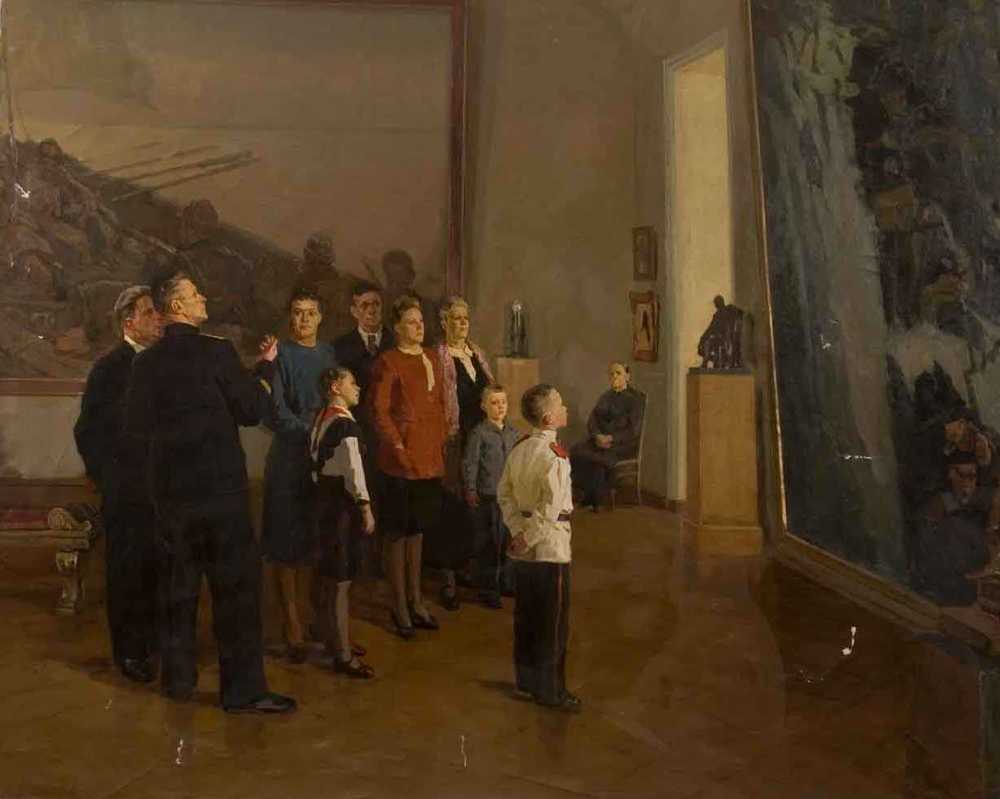 «In the Russian Museum» 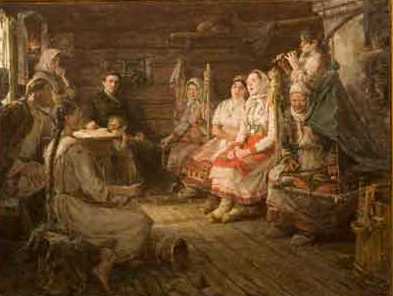 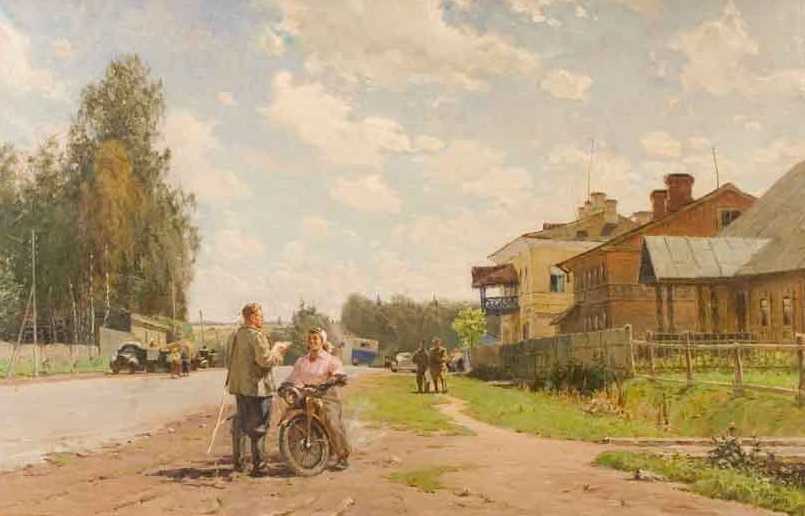 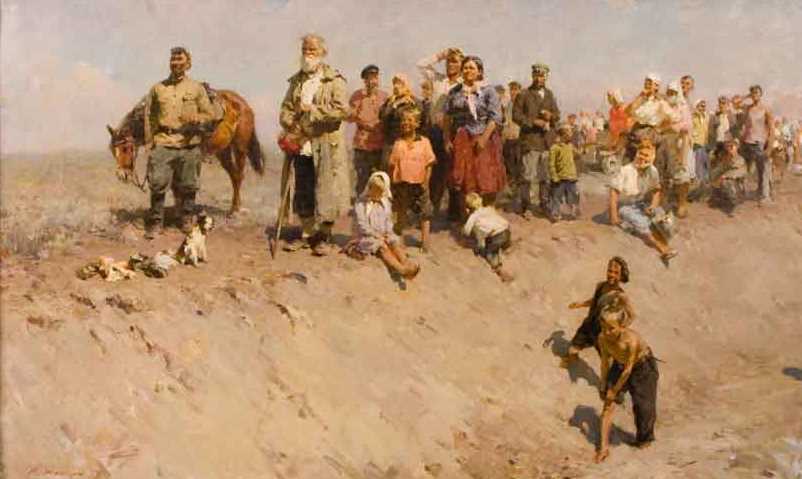 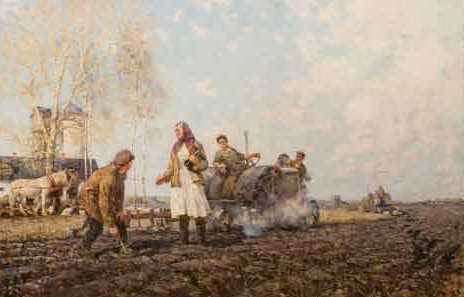 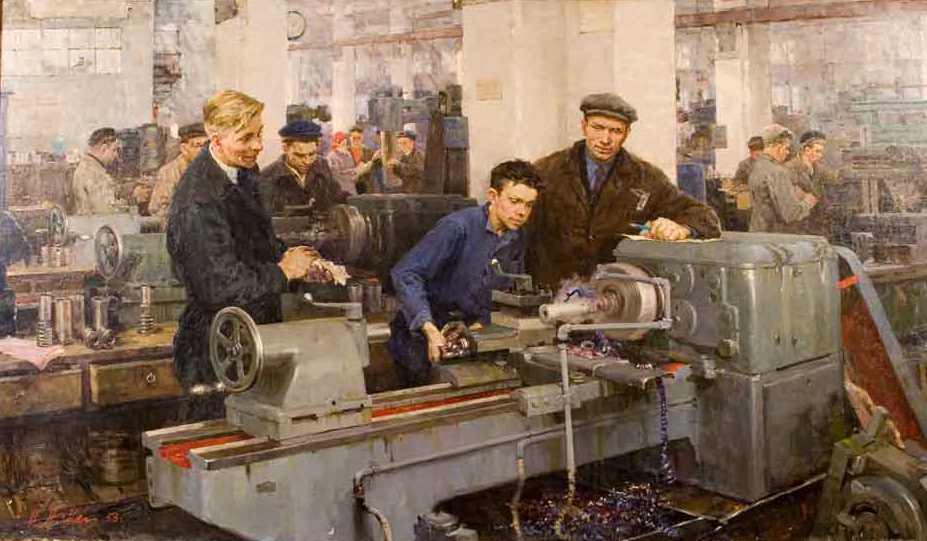 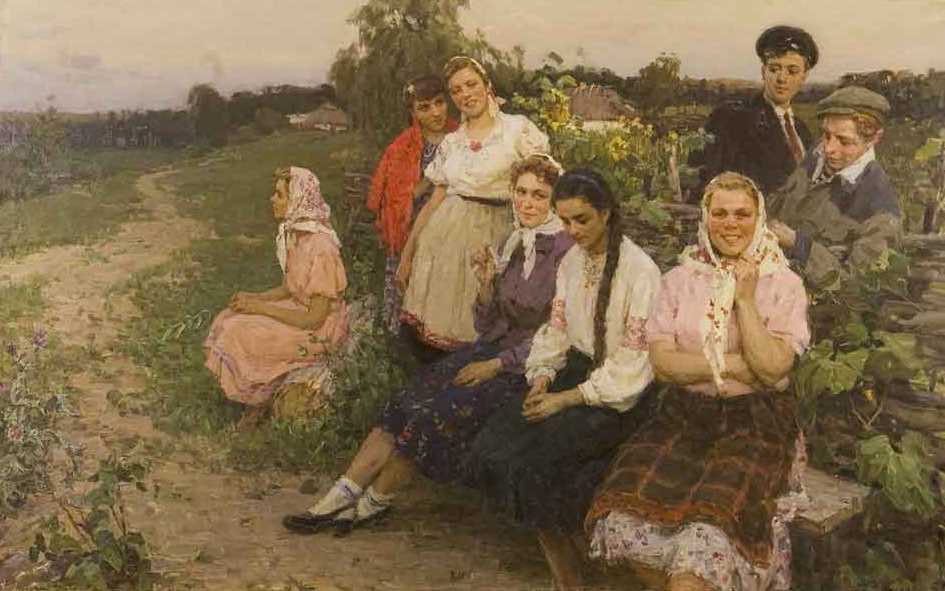 «In the Evening», Fokin Leonid Antonovich 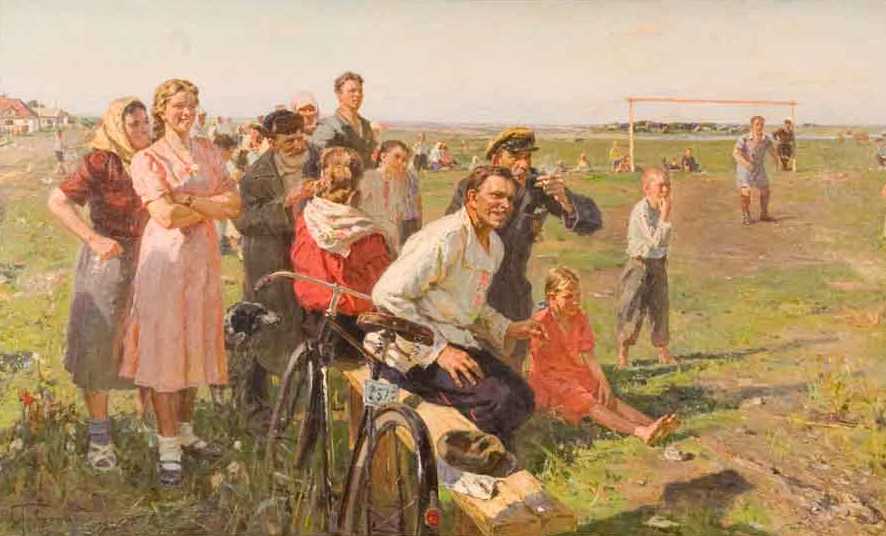 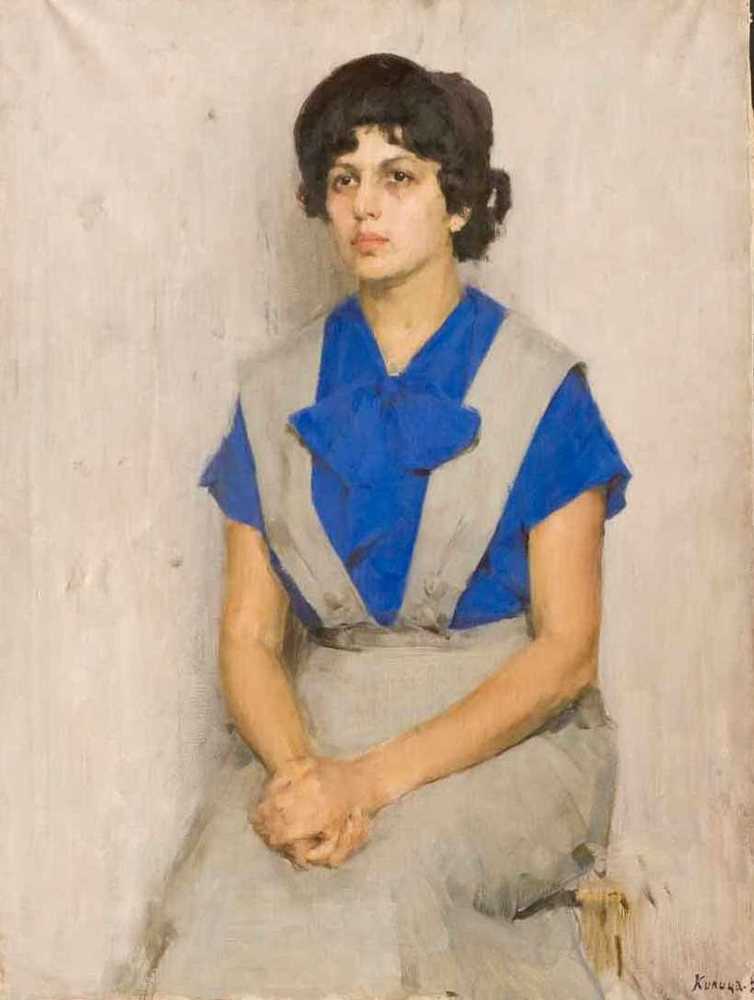 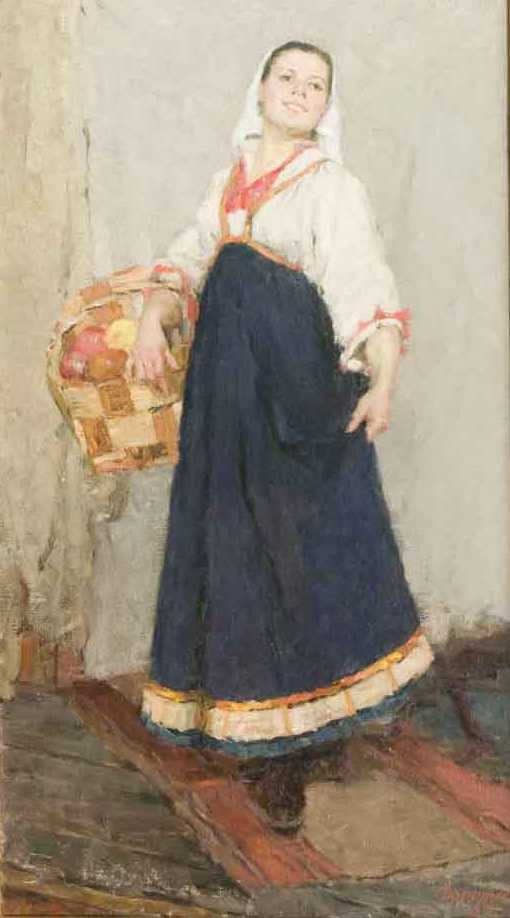 «Girl in a national suit» 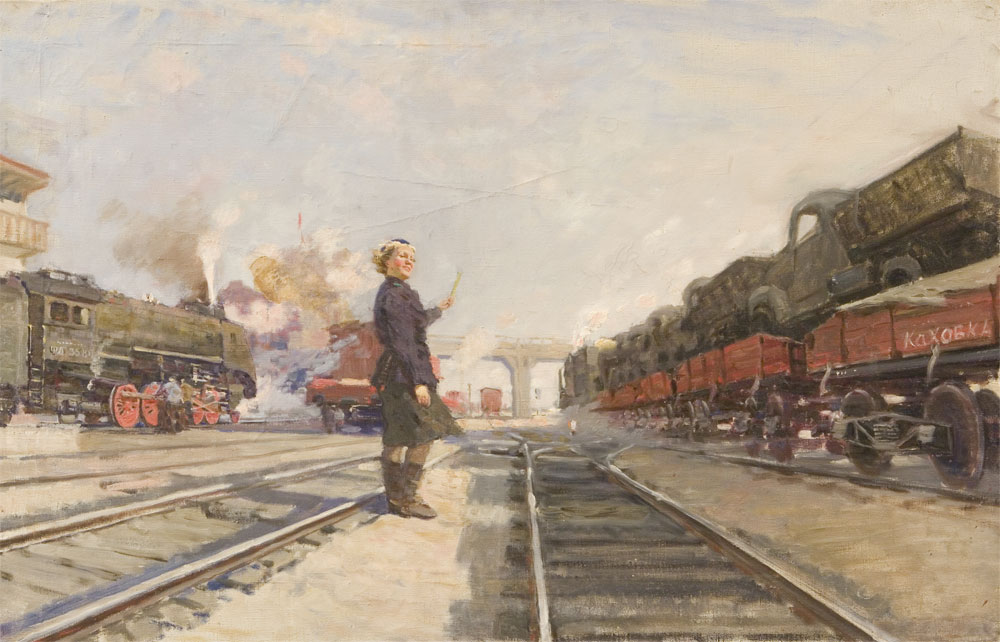 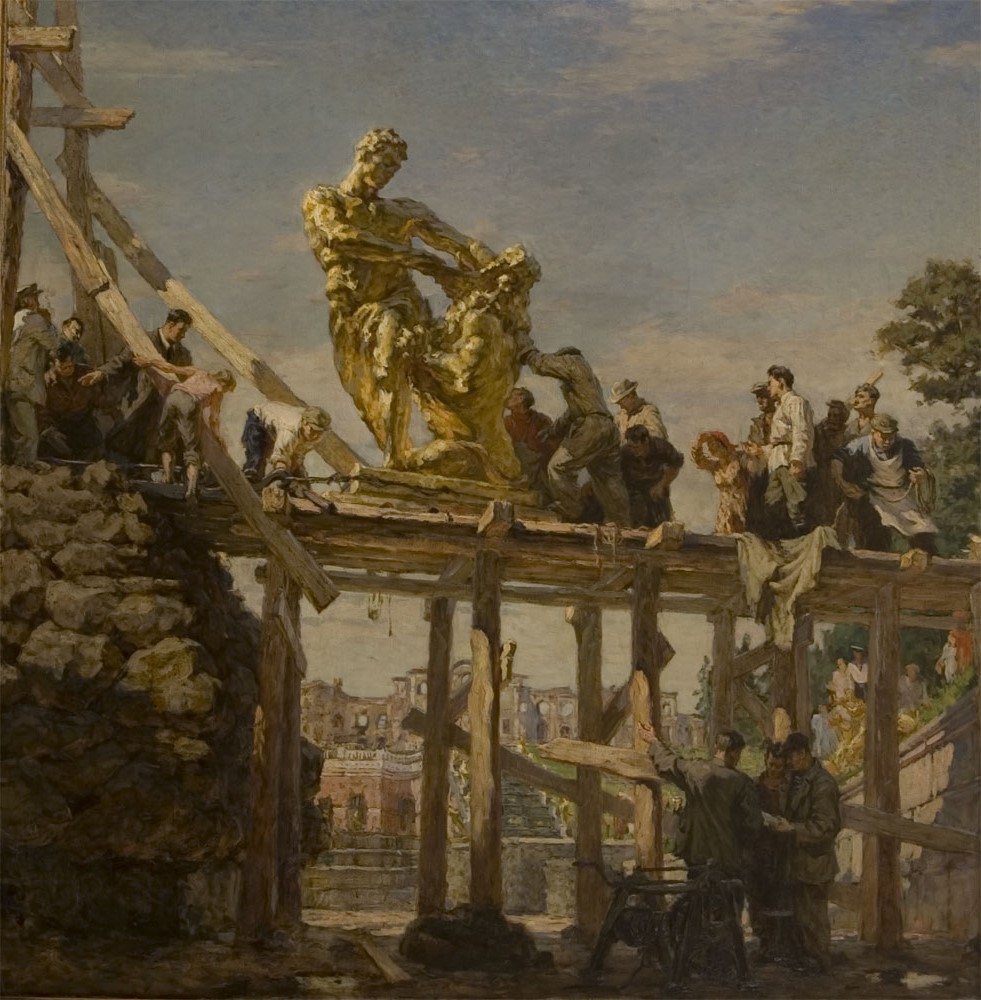 «Restoration of the Samson fountain in Petrodvorets», Zelenskaya G.A. 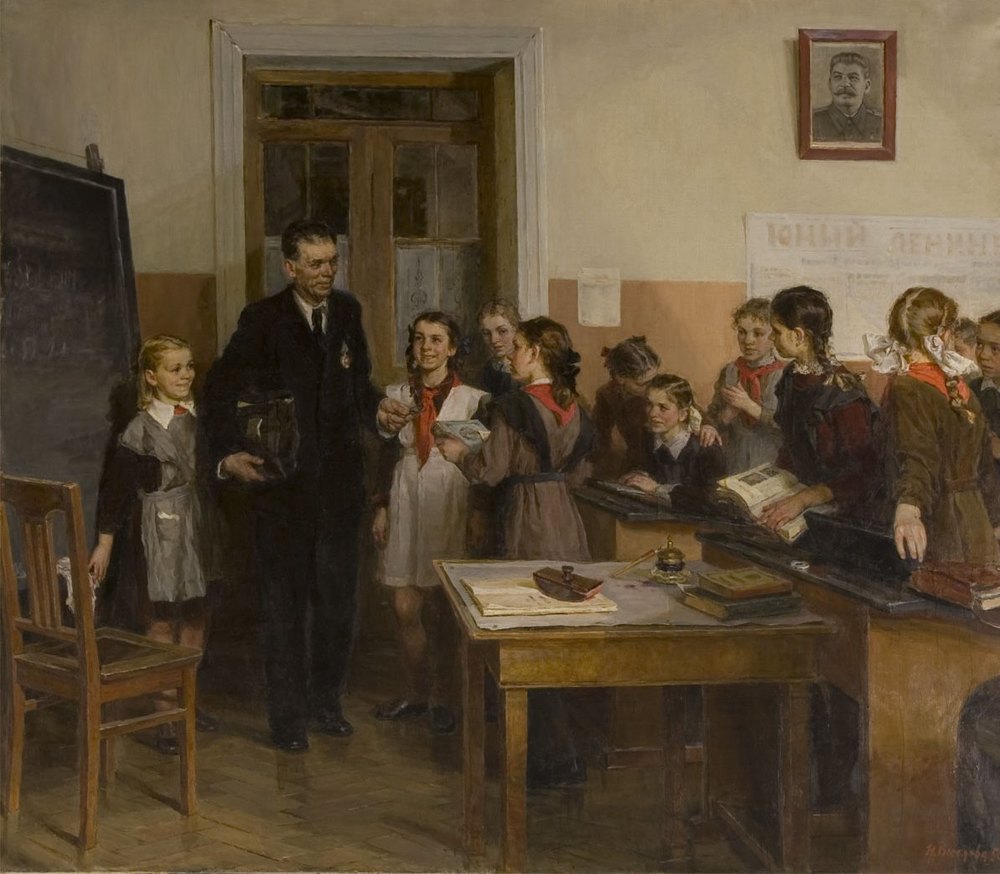 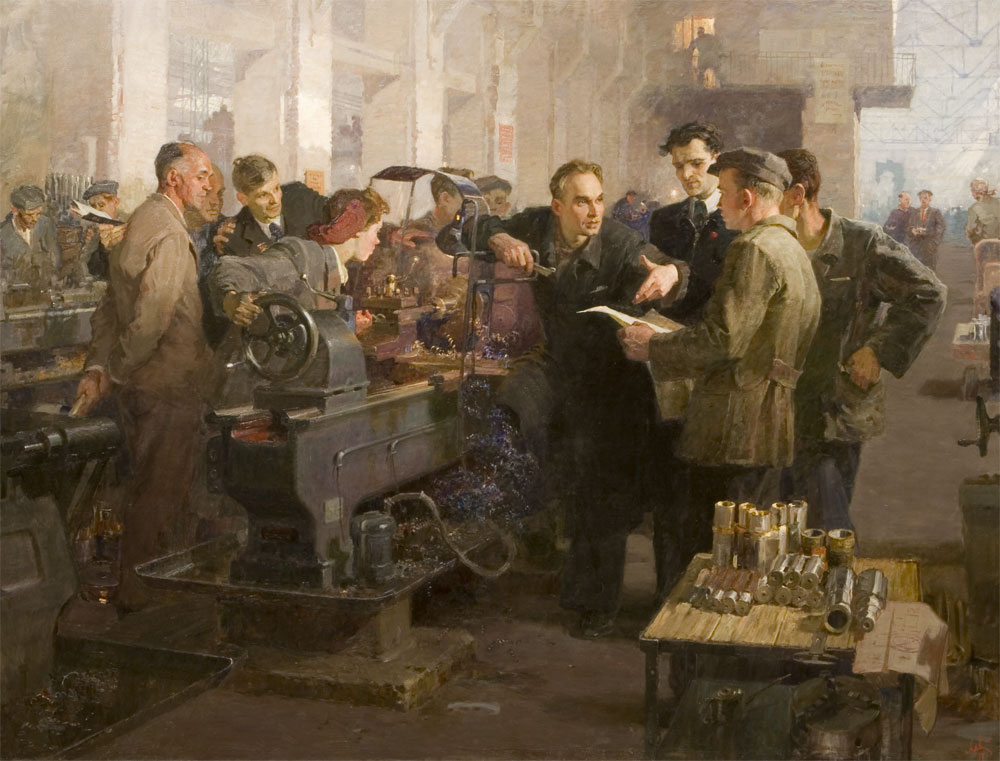