Henri Grevedon (French Henri Grevedon, real name Pierre Louis Grevedon; 1776-1860) - French artist, painter, miniaturist, engraver and lithographer. Henri Grevedon was the son of an officer in the guard of King Louis XVI. Grevedon began his painting studies with two students of the painter François-André Vincent, continued his study of the depiction of living nature at the Academy, where he received two honorary medals. At the beginning of the century, Grevedon studied the history of painting in the Paris studio of Jean-Baptiste Regno. He studied for several years in this famous workshop and received an award in the 1803 competition for the Rome Prize. Grevedon specialized in portraiture and was inspired by the style introduced by Jean-Baptiste Isabe. He claims to be an artist-historian, as is evident in his Dead Hero (private collection, exhibited in New York, Shepard Gallery, 1985).

In 1804, Grevedon took part in the Paris Salon with the painting Achilles Lands on the Shore near Troy. The French saw a well-known political implication in this plot from the Iliad. Grevedon's painting vividly reminded of the alleged landing of Napoleon's army on the shores of England. The debut at the Salon became a real success for the young painter; he received a 1st class medal for his historical painting. Between 1806 and 1816, Grevedon made his career outside of France. For some time he worked in Russia, in 1810 he was admitted by the St. Petersburg Academy of Arts to the "appointed" on the basis of the paintings «Death of Hector», «Girl with a Butterfly» and «Boy with a Hare». Then he switched almost exclusively to the portrait genre, mainly in the technique of lithography (both on the basis of his own drawings and the works of other authors).

In the Russian capital, Grevedon managed to establish useful contacts and receive a number of orders - he made several portraits of members of the imperial family in the technique of lithography. Among them, it is worth highlighting the portraits of Empress Catherine II, Emperor Alexander I, Duchess Cecilia of Oldenburg. In 1812, Grevedon left for Sweden, where he became a member of the Royal Swedish Academy (Stockholm). Then he studied in London, studying the works of Sir Thomas Lawrence, as well as engravings of mezzotint by Samuel Cousins. After training in England, Grevedon was well prepared for the maniere of black and white drawing, especially its velvety tonal touches. In 1816, Henri Grevedon returned to Paris and continued to paint portraits in oils, such as «Portrait of a Young Woman» (1820s, Museum Magnin, Dijon).
He created many pictorial portraits and miniatures, and then turned directly to stone and after 1822 concentrated on lithography. Grevedon became widely known, working, in part, in the studio of Charles Mott in the 1820s.

Living in France, he also fulfills orders for Russia. In the 1830s and 40s, he painted engraved portraits of many representatives of the reigning house and the Russian aristocracy (for example, portraits of Princess Al. Vorontsova-Dashkova, Prince AI Baryatinsky, Baron AL Stieglitz). He especially succeeded in portraits of the daughters of Emperor Nikolai Pavlovich, Grand Duchesses Olga Nikolaevna and Maria Nikolaevna.
The first was lithographed by Grevedon himself from the famous painting by T. von Neff, the second was executed according to his drawing in 1840 in the lithograph of M. Shurov. Performed by Grevedon and individual sheets with portraits of theatrical divas: the French actress Mademoiselle Mars, the German singer Henrietta Sontag, the famous Russian dramatic actress Asenkova. It is curious that the portraits of Varvara Nikolaevna Asenkova (1817–1840) were sold during her lifetime on Nevsky Prospect in the A.F. Felten and had great success with the Petersburg public. Their cost was quite high, one sheet - 25 rubles, but they were bought up with incredible speed, which was facilitated by the participation in their creation of the famous artists Vladimir Hau and Henri Grevedon.

Among the personalities he portrayed between 1825 and 1845, many actresses and dancers of the time, such as Maria Taglioni, Fanny Elsler, Maria Malibran, Leontina Fay, Lucille Grands, etc. Large-scale lithographic imaginary portraits of fashionably dressed women spread in the end 1820s and 1830s. Henri Grevedon designed about twenty series between 1828 and 1840, each containing four to twenty-eight prints:

In all likelihood, Grevedon not only created the drawings, but he himself lithographed many of the sheets, since they have the personal signature of the master, but do not contain any references to the authorship of another lithographer. The special merit of many of Grevedon's works is that they are hand-painted. As a rule, the coloring was not repeated, which gave each sheet a personality trait. Lithography became the ideal medium for fashion in the 1820s and 1830s because it was able to keep up with the pace of fashion change. Some lithographs, such as the Grevedon series, occupied an intermediate zone between the visual arts and commercial arts in the 1820s and 1830s. Oskar Fischel and Max von Boone, Nineteenth Century Fashions and Manners Presented in Paintings and Prints of the Time, vol. II, 1818-1842. Grevedon's main competitor in this genre was Ashile Deveria, another artist who ditched engraving in favor of lithography. Octave Tassart, Alphonse-Léon Noël and Charles Philipon also made lithographs of this type, creating their own projects and sometimes reproducing paintings by other artists.

Portraits of Grevedon, especially those of women, were of a sublime idealized character. As the Brockhaus and Efron Encyclopedia informs at the turn of the 19th and 20th centuries, Grevedon's lithographs «enjoyed great respect in the 1930s and are still respected by collectors of prints». Le Vocabulaire des dames (1831-1834) by Henri Grevedon exemplifies a new genre of lithographs that emerged in the late 1820s and early 1830s. The title page of the Le Vocabulaire des Dames series of lithographs read: «This collection of portraits will be replenished every month as soon as a new fashion appears». The lithographs of the Album were large, measuring 48.5 (H) x 31 (W) cm (19 x 12 1/8 inches). These folio sizes made them too large for insertion into memory albums and books, which were usually octavos in the format 20 to 25 cm (8 to 10 inches) (H) or less. The Grevedon prints were produced in four installments of six prints over a four-year period and could be purchased separately or in series. The impressive size of these lithographs made them suitable for framing as wall art. Leading print sellers offered gold-plated frames and glass by size. The magnificent hand-painted painting significantly increased the price of Grevedon's lithographs. The black and white edition of Le Vocabulaire des dames sold for 9 francs per batch (price of 1 piece 1.50 francs), and hand-painted almost double that price, to 15 francs per batch (unit price - 2.50 francs).

The Grevedon series was sold commercially, by subscription and through stores in Paris and London. Grevedon's publishers in Paris were Rittner and Goupil and Joseph Lemercier, and in London, Charles Tilt. According to a long tradition, lithograph publishers printed their names and addresses on them. In January 1832, Henri Grevedon was awarded the Legion of Honor. Henri Grevedon's works are popular now and have been actively sold at European auctions since 1986 (including the 2001 Christie’s auction). 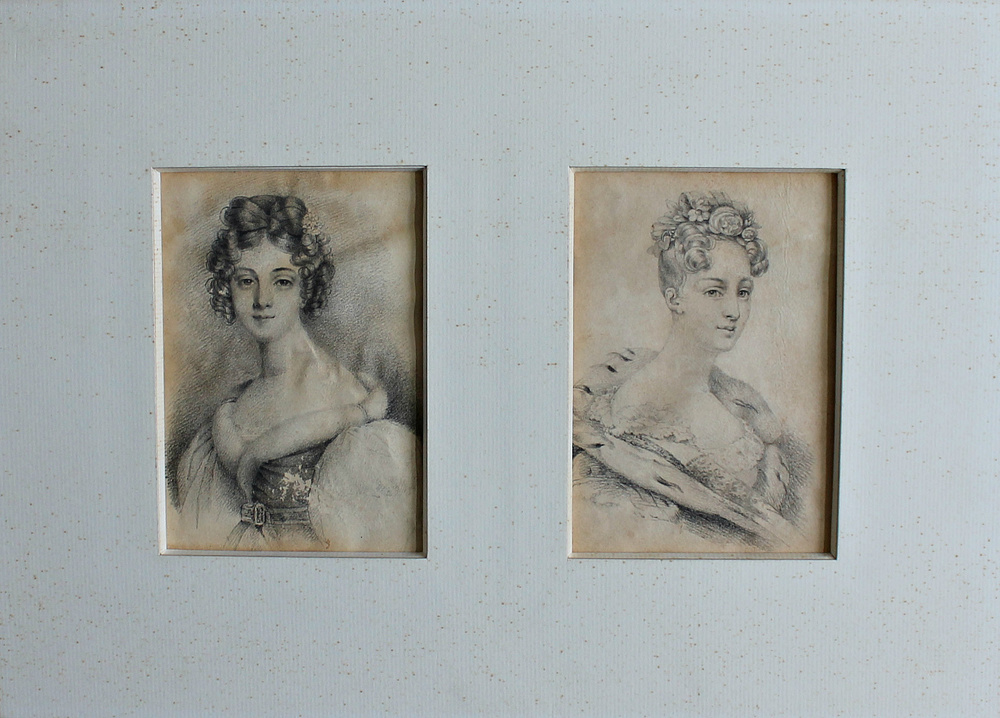