Titov Yaroslav Viktorovich (02.01.1906–2000) - painter, master of the sports genre. Honored Artist of the Russian Federation (1997), Honored Worker of Culture of the RSFSR (1975). Born in Warsaw, died in Moscow. He studied at a private art workshop, from where he moved to the art workshops of the Moscow department of vocational education. At the end, he worked as a chromolithograph in the printing house of Rabochaya Moskva and at the same time was a volunteer at the printing faculty of the Higher Art and Technical Workshops under N.N. Kupriyanov. He studied at the advanced training department of painters at the Moscow Institute of Fine Arts at the Academy of Arts under V.N.Baksheev. Member of the Academy of Arts of Revolutionary Russia (1929–1932). In 1941 he organized the «TASS Windows». In 1942 he was mobilized to the front. He created a series of studies, reflecting the presence of Soviet troops in the Far East and in China.

Personal exhibitions have repeatedly been held in Moscow and Vladivostok (1946). Twice was the USSR champion in basketball (1930s). The works are in the State Tretyakov Gallery and the State Russian Museum. 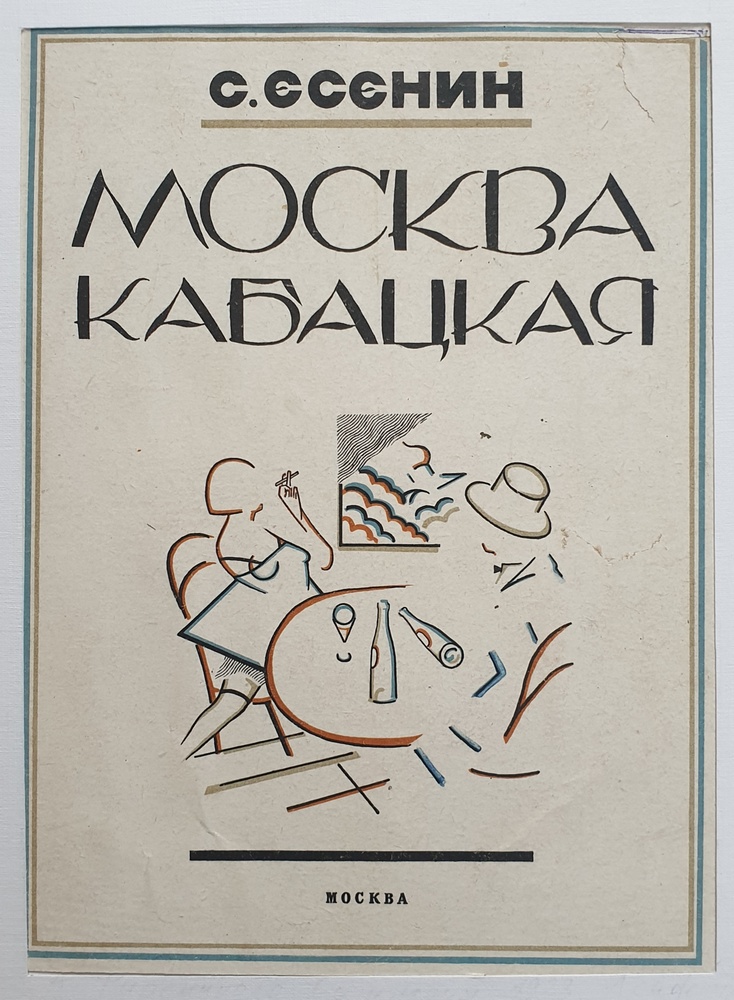 lot 81. «Cover to the collection of poems by S. Yesenin «Moscow tavern»»