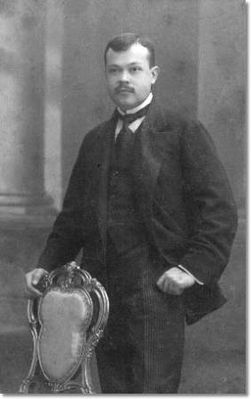 Ignatius Ignatievich Nivinsky (December 30, 1880 [January 11, 1881], Moscow - October 27, 1933, ibid.) Is a well-known Russian graphic artist, painter and architect, an outstanding theater artist. In 1898, I.I. Nivinsky brilliantly graduated from the famous Moscow Art College named after Stroganov - he and his friend, who became the husband of his sister Vera, and subsequently the outstanding artist Vincent Trofimov were awarded a gold medal, together refused to share it with each other and instead chose a trip abroad at the expense of the school for improvement. Nivinsky taught at Stroganovka from 1898 to 1905, then at the Moscow Higher State Artistic and Technical Workshops (1921-1930). In 1921 he became a professor. Among his students in the workshops was such a master of composition as Alexander Deineka.

In the early 1910s, Nivinsky worked a lot in the field of monumental and decorative painting: in particular, he designed the Museum to them. Alexander III, and then gained fame as a decorator of the Borodino celebrations - he owns the design of the Tsar’s Headquarters. Later he returned to monumental painting, having developed the interior decoration of the Mourning Hall of the Lenin Mausoleum in a symbolic combination of red and black colors. Nivinsky’s creative collaboration with one of the leading architects of the Art Nouveau era, Valentin Dubovsky, made it possible to create a new type of residential building in Moscow, combining at the same time the features of a palace, a castle and theatrical scenery. It is not surprising that many of these houses became urban legends («House under a Glass» on Ostozhenka, «House with a Knight» on Arbat). According to the sketches of Nivinsky, the front porches and apartments were painted. In the house of the Stulov brothers (1913) in Maly Znamensky Lane, the painting depicts the landscape of ancient Italy: careless Romans, villas drowning in gardens, triremes floating in the Mediterranean Sea. In the famous «House under a Glass» (1909) on Ostozhenka, the painting refers to medieval motifs. It is symbolic that the houses built by Dubovsky and Nivinsky are often decorated with figures of knights, and the house on the Arbat (merchant Y. Filatov, 1913) in addition to them is an elegant figure of Queen Guinevere with a small dog at her feet. Nivinsky’s architectural thinking was expressed in the sketch of his own tombstone at the Novodevichy cemetery, made in the form of a stele with an Italian scallop shell at the top.

Despite the excellent sense of color, Nivinsky nonetheless chose the «black and white» profession of an engraver and since 1912 he worked primarily as an etcher. He was the founder and chairman of the Union of Engravers, created in 1918, later became a member of the Four Arts Association. In many engravings and etchings of Nivinsky, one can trace the rather strong influence of Giovanni Battista Piranesi.

Since 1912 he lived and worked in the studio house he built on the 2nd Meshchanskaya (now 38 Gilyarovskogo Street). The studio became a prominent cultural center of Moscow, where artists, artists, poets and musicians gathered. The studio hosted exhibitions, poetry and music evenings. In 1934, after the death of Nivinsky and according to his will, a public workshop of metropolitan etchers, members of the Moscow Union of Artists (MOA), was later named after him.

In the 20s, Nivinsky created a series of etchings «ZAGES». A separate line in his work is landscape etchings («Blue Stones. Kislovodsk», «Italian Suite», «Koni St. Mark», «Landscape»). He worked as a theater artist in the decoration workshops of the Maly Theater, in theaters. Vakhtangov and the Hermitage (some of his works were done together with his niece, decorator V.V. Trofimova-Grebner). Evgeni Vakhtangov became interested in the work of Nivinsky, already a well-known graphic artist, finding in him a like-minded person for the ability to convey vivid theatricality in laconic images, and invited him to the theater.

The joint production of «Eric XIV» by Strindberg at the First Moscow Art Theater Studio in 1921 was successful. The tragedy of the scenery of «Eric XIV» was replaced by the unrestrained carnival of the unique scenic design of «Princess Turandot», directed by Evgeni Vakhtangov, highly appreciated by both contemporaries and spectators of subsequent generations.

Nivinsky had the ability to accurately read the figurative structure of the play and convey it in design, so for all the difference in the performances he worked on, his handwriting is traced in them (Calderon's Invisible Lady - 1924, Moscow Art Theater; Clara Gasul Theater Merime - then, the Third Studio of the Moscow Art Theater; Marion Delorm Hugo - 1926, the Vakhtangov Theater; Velvet and Rags by Stucken and Lunacharsky - 1927, the Maly Theater; «Peter I» A.H. Tolstoy - 1930, Moscow Art Theater; «Cyanide Potassium» by Wolf - at the same time, Moscow Drama Theater, former Korsh Theater ; «Court» of Kirshon - 1933, Moscow Art Theater).

In 1933, Stanislavsky decided to stage the Barber of Seville at the Opera House he created and invited Nivinsky. The latter abandoned the traditional design of an opera performance and, combining his skills as a graphic artist and decorator, created sets in the style of old engravings.

One of the latest works by Ignatius Nivinsky was an elegant frontispiece to I. Goethe's book «Roman Elegies», made in the technique of color etching. 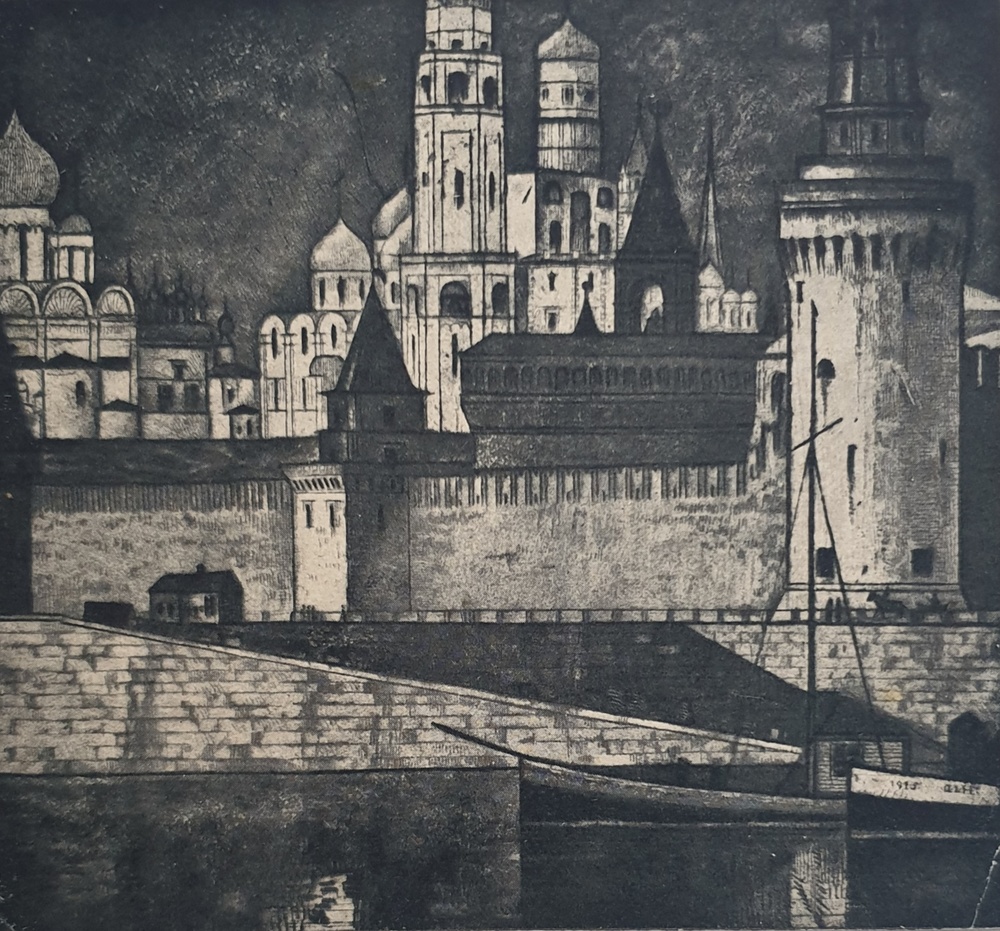